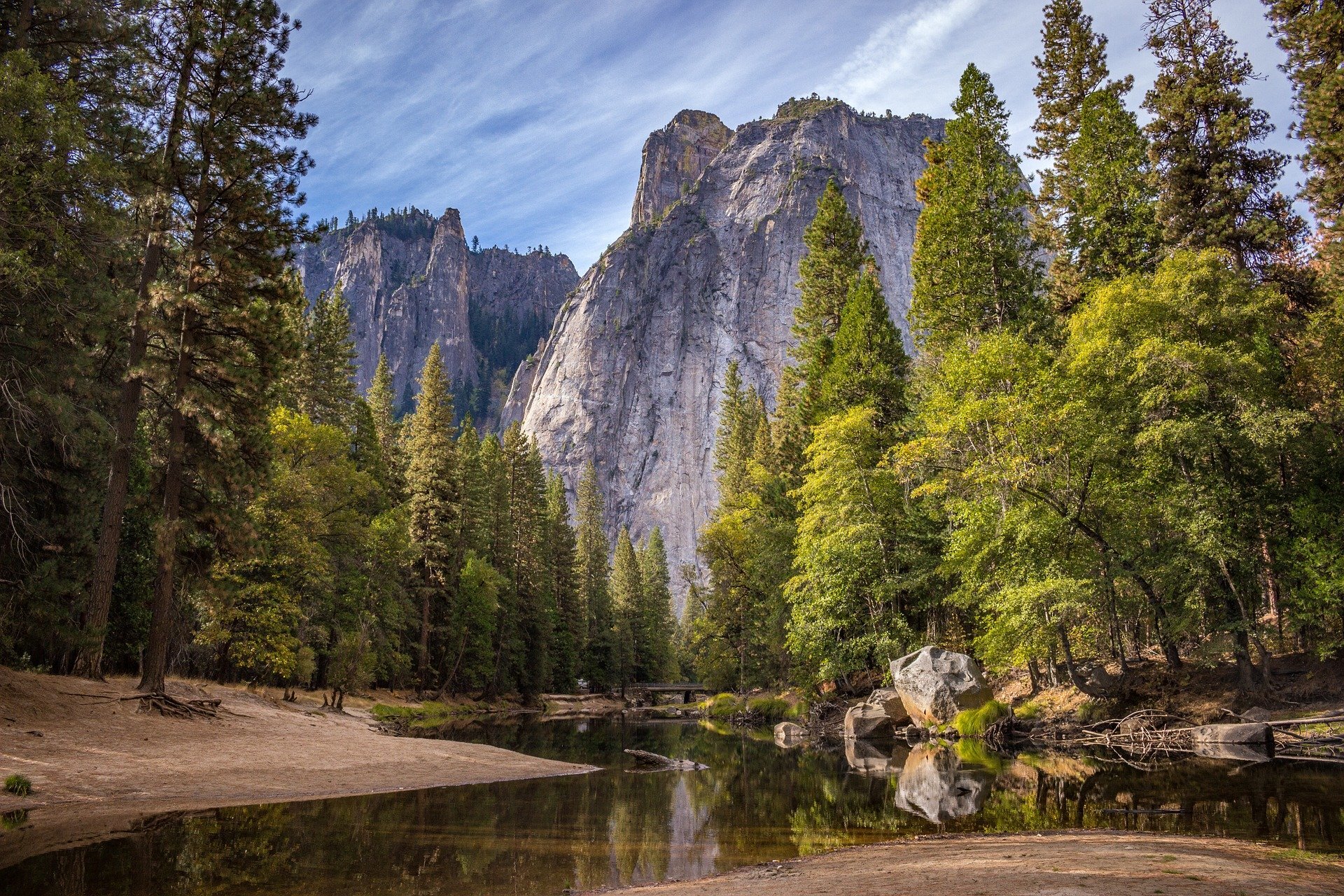 Concerned about nightmarish traffic jams at Yosemite National Park from more than half a dozen major new construction projects, park leaders are drawing up plans that could limit the number of visitors this summer by requiring reservations for day visits.

“This summer is going to be a crazy construction season in Yosemite like you have never seen before,” Yosemite Superintendent Cicely Muldoon told a group of local elected officials and tourism leaders at a meeting late last week. “Bring your hard hats.”

Many of the projects—major road repairs and extensive upgrades to aging campgrounds—have been on the park’s wish list for decades. But funding is available now because Congress passed a landmark law in 2020, the Great American Outdoors Act, providing billions for repairs and upgrades at America’s national parks.

Muldoon told the Yosemite Gateway Partnership that parks planners will know the details of a new reservation system in a few weeks.

“What we want to do is accommodate as many people as we can without causing any gridlock in the valley and other places in the park,” she said.

Park spokesman Scott Gediman said Thursday that park officials are studying how many visitors should be allowed, traffic and parking needs and trying to figure out how COVID trends will affect the famed Sierra Nevada park in the coming months.

During the last two summers, COVID concerns forced the park for the first time in Yosemite’s 157-year-history to require day visitors to make online reservations. Some people were turned away at the gates on days when all the reservations were filled.

In 2020, Yosemite kept visitor numbers to about 50% of historic averages during the first year of the pandemic. Last year, they ranged from 50% to 80% depending on the month and the severity of COVID cases. The system ended in October, and reservations are currently not required to enter the park.

But this summer, as the omicron variant is expected to wane, the concern is more over projects than pandemic.

Construction crews will be closing the Glacier Point Road all year to rebuild the popular route through Yosemite’s high country. The current road was first constructed in 1936, replacing a wagon trail that dated back to 1882. The $42 million project to replace 10 miles of pavement from Badger Pass to Glacier Point, along with culverts, trail head parking and retaining walls, is expected to force more motorists to remain in Yosemite Valley, which on weekends and holidays already can become gridlocked.

Meanwhile, crews also will be building a new welcome center in Yosemite Valley, which will cause the temporary removal of 300 parking spaces. The center will be built adjacent to the Village Store, in a 3,000-square-foot building that formerly housed the Yosemite Village Sport Shop. As part of the $10 million project, an outdoor plaza also will be constructed with new restrooms, paths and signs. The welcome center will feature rangers for answering questions, information kiosks, touchscreens, maps, guidebooks and other information for visitors.

But that’s not all.

Parks officials will be closing several major campgrounds this summer for long-delayed upgrades, including Crane Flat, Tuolumne Meadows and Bridalveil Creek, where aging water systems, restrooms and other facilities dating back to the 1950s and 1960s will be replaced.

And crews will be finishing a $15-million project to rebuild the trails and other facilities around Bridalveil Fall in Yosemite Valley.

Road repairs will continue all summer on Tioga Pass Road. And parks workers are expected by Memorial Day to re-open Mariposa Grove, where repairs are underway after a freak windstorm last year toppled 15 giant sequoias, wrecking wooden boardwalks and the main restroom.

Tourism officials in the communities surrounding the park are asking if some of the work can be delayed.

In the past few years, they have seen huge disruptions from COVID and wildfires, which temporarily closed Yosemite or limited visitation.

“Our residents and businesses have really been impacted, and they need to recover,” said Jonathan Farrington, executive director of the Yosemite Mariposa County Tourism Bureau. “We had hoped that we could finally have a season again that was normal. We have a lot of businesses that are really well managed but which are on the brink. We need to be able to breathe.”

Farrington said 52% of the people employed in Mariposa County work in the tourism industry, in hotels, restaurants and gift shops.

“We are all excited to see funding coming back to our public lands and national parks,” he said. “It’s not easy for us to say you should be postponing projects, but we feel the timing is a bit insensitive.”

Gediman said that the way much of the federal funding is structured, the projects need to stay on schedule.

“Hopefully it would only be in June, July and August,” Farrington said.

In recent years, day-use reservations have been put in place to curb overcrowding at Zion, Rocky Mountain and Glacier national parks, along with the famous Kalalau Trail in Kauai and Muir Woods in Marin County.

“We support it. It has worked in the past two years,” said Frank Dean, president of the Yosemite Conservancy, a nonprofit group based in San Francisco that has agreed to pay half the costs of the Mariposa Grove, Bridalveil Fall and welcome center projects. “Other parks have been doing it. It is something to be looked at.”

The short-term pain will bring long-term gains for Yosemite, he added.

“People will notice it for sure,” he said. “They should try to avoid weekends and holidays if they can. Plan ahead. Go to a less-used part of the park. It’s beautiful to get on a trail away from the crowds.”