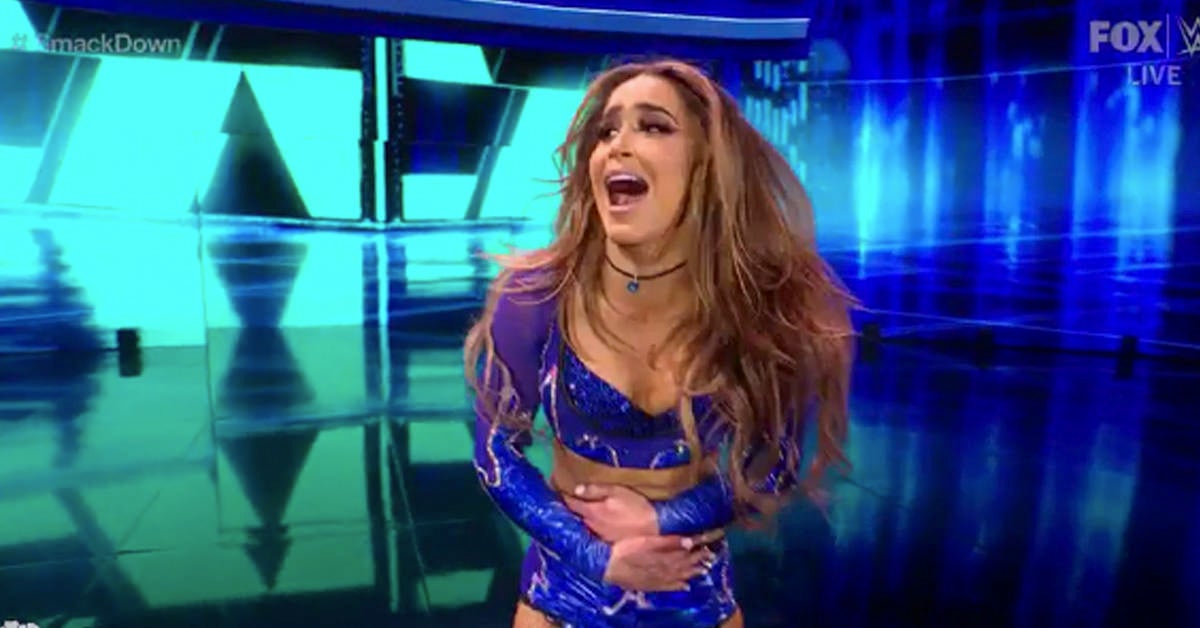 Tonight’s episode of SmackDown featured a brand new record being set, and no one expected it. During tonight’s episode, Aliyah had her first singles match on SmackDown, and she was taking on Natalya. The two would go back and forth for a minute, but then after an effective attack, Aliyah was crawling on the mat and trying to get to her feet. The referee noticed she was really struggling to get up, and he went and talked to her to see if she could go on. He initially called the match, but despite her holding ribs and having a hard time walking she convinced him to let her finish the match.

The referee reversed his decision and let the match proceed, and once the bell rang Aliyah dove right for Natalya, catching her by surprise and rolling her up in the process. She got the 3-count and that was enough to get the win, completely shocking Natalya in the process.

Aliyah couldn’t believe it and neither could Natalya, and it also turns out that since the bell was rung and Aliyah got a super quick pin, she managed to set a new WWE record for the fastest victory in WWE history. The win clocked in at 3.17 seconds, and Aliyah made her way to the back still stunned over her victory.

Meanwhile, Natalya had her hands on the side of her head and couldn’t believe she lost. Odds are we will see these two match up again because you know Natalya wants some revenge on Aliyah.

This would also be Aliyah’s first feud since joining SmackDown, as she has mostly been part of teams and other people’s angles during her time on the blue brand thus far. Hopefully, we’ll find out more next week.

What do you think of the record and do you want Aliyah to feud with Natalya? Let us know in the comments, or as always you can talk all things wrestling with me on Twitter @MattAguilarCB!

Denial of responsibility! Verve Times is an automatic aggregator of the all world’s media. In each content, the hyperlink to the primary source is specified. All trademarks belong to their rightful owners, all materials to their authors. If you are the owner of the content and do not want us to publish your materials, please contact us by email – admin@vervetimes.com. The content will be deleted within 24 hours.
WWE Wrestling
0
Share FacebookTwitterGoogle+ReddItWhatsAppPinterestEmail

Azeem Rafiq: Former Yorkshire cricketer says backlash he has faced as a racism whistleblower has deterred other victims | Cricket News

Konnan does not think WWE Champion Brock Lesnar is funny