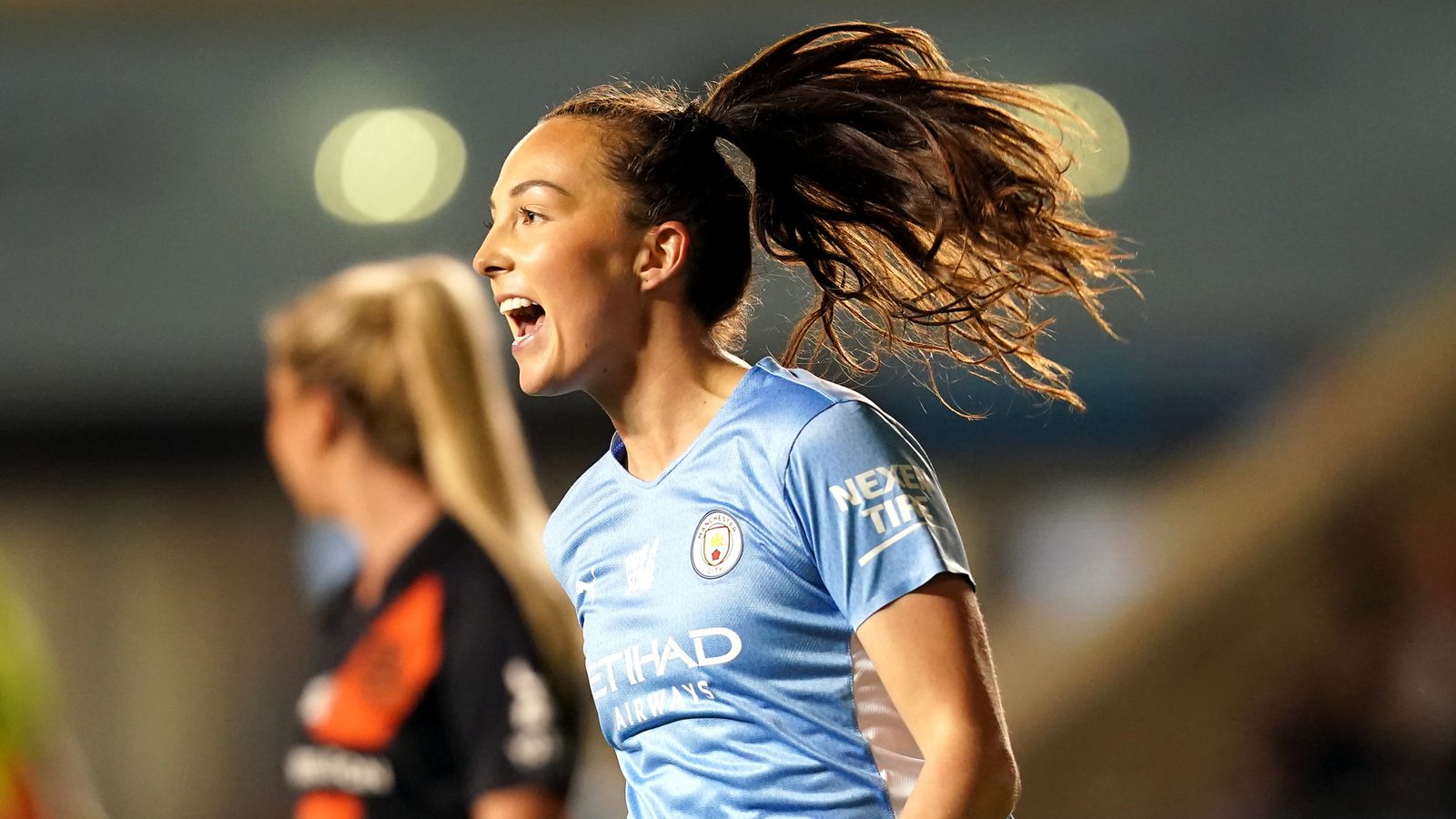 A superb solo effort from Caroline Weir helped Manchester City Women make a fine start to their Continental Cup campaign as they thrashed Everton 5-1 in their opening group game.

Man City made a poor start to the WSL season but their derby daw draw with Manchester United looks to have kick-started their season.

As on the opening day of the league season when beaten 4-0 at Goodison Park, Everton were no match for their opponents at the Academy Stadium and were behind after just eight minutes.

Weir weaved her way past two Everton defenders before slotting her finish beyond Courtney Brosnan.

But after Khadija Shaw restored City’s lead, it was one-way traffic as Lauren Hemp, Jessica Park and Ellen White completed a second-half rout.

City are looking for their fourth cup win in eight years, and head coach Gareth Taylor said: “In the end, we were pretty clear in opportunities and scored some really good goals. I think it’s always important we keep perspective and look at performance over results.

“The results are obviously massively important and this one tonight gives everyone a lift going into the international break. The girls have worked really hard.”

Elsewhere on Tuesday night, Lucy Parker’s strike was enough to seal a 1-0 win for West Ham at London City Lionesses, Liverpool overcame Aston Villa 5-4 on penalties following a 1-1 draw and Jiali Tang’s goal was the difference as Tottenham beat Charlton 1-0.

There were also wins for Coventry United over Watford Women, Brighton at Birmingham and a shootout victory for Crystal Palace at Lewes.

GP surgery overhaul – Do I have the right to see my GP in person?

Mayfield (shoulder) needs surgery, will try to play through injury

Steve Bannon: Ex-Trump aide held in contempt by House for…

Stocks Hit a Record as Investors See Progress Toward a…