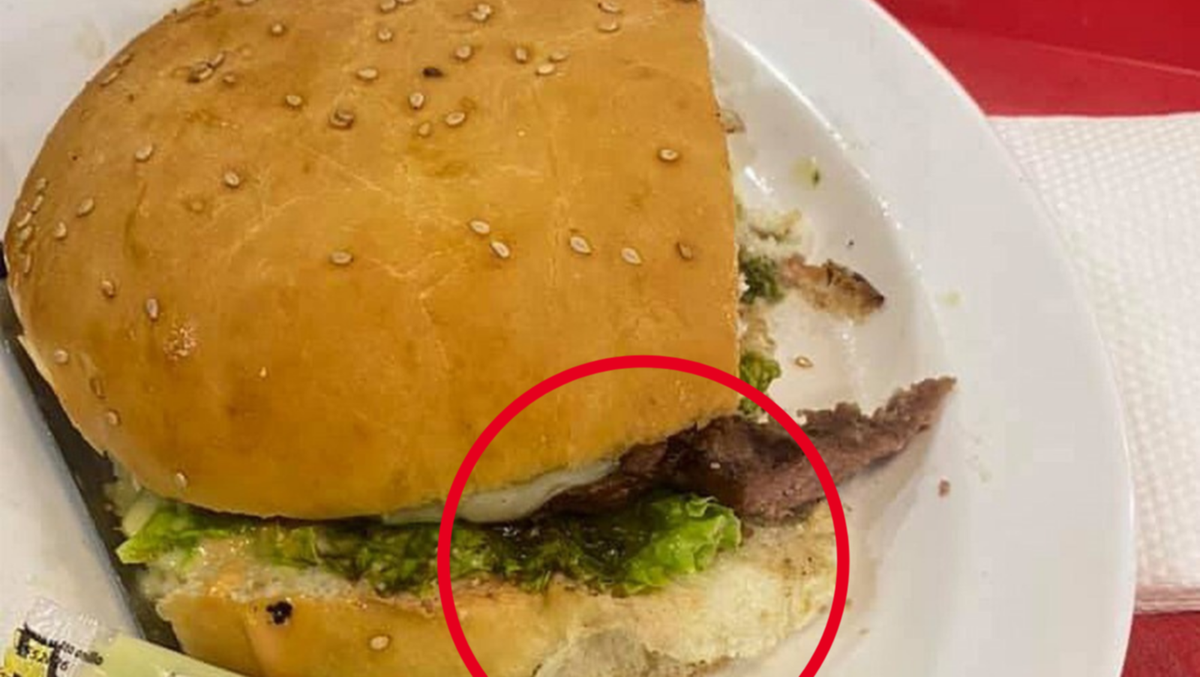 A Bolivian woman has shared the horrifying moment she discovered she was chewing a rotting, severed finger after biting into a hamburger at her favourite fast food restaurants.

Estefany Benitez took to Facebook to detail how she’d purchased a hamburger at a Hot Burger store in the city of Santa Cruz de la Sierra earlier this week.

In the video above, a wife shows the results of going on strike from house duties for a week after her husband insisted he’s the only one who cleans

She had taken a bite of the burger and chewed several times before coming to the disturbing realisation.

“At the moment of eating, I chewed on a FINGER,” she said on Facebook alongside pictures and videos supporting her claim.

In the photo, the top of a rotting digit is seen on the side of the her plate after she’d apparently taken a bite of the burger.

“Here we are at the magnificent Hot Burger where a finger ended up in my burger,” she said in one video that’s already been viewed more than 60,000 times.

In the video, a Hot Burger representative explained the burgers arrive at the store pre-prepared and “nothing like this has ever happened to us before”.

“Please tell me what you want and we will give it to you,” the representative offered.

Benitez said a store representative offered to close the restaurant while she was still there, but then “carried on serving customers like nothing had happened”.

After her post was widely shared on social media, a Hot Burger spokesperson called the matter an “unfortunate incident” and explained that a worker had lost part of his index finger while preparing the meat.

Edson Claure, director of the National Police’s Special Crime Fighting Force, confirmed to local media that a company employee lost part of his finger at work.

Meanwhile, the Vice Minister for the Defence of User and Consumer Rights in Bolivia decided to temporarily close the branch and impose a fine on the company.

Denial of responsibility! Verve Times is an automatic aggregator of the all world’s media. In each content, the hyperlink to the primary source is specified. All trademarks belong to their rightful owners, all materials to their authors. If you are the owner of the content and do not want us to publish your materials, please contact us by email – admin@vervetimes.com. The content will be deleted within 24 hours.
BusinessConsumer ProtectionfoodLifestyleReal LifeWine & Drinks
0
Share FacebookTwitterGoogle+ReddItWhatsAppPinterestEmail