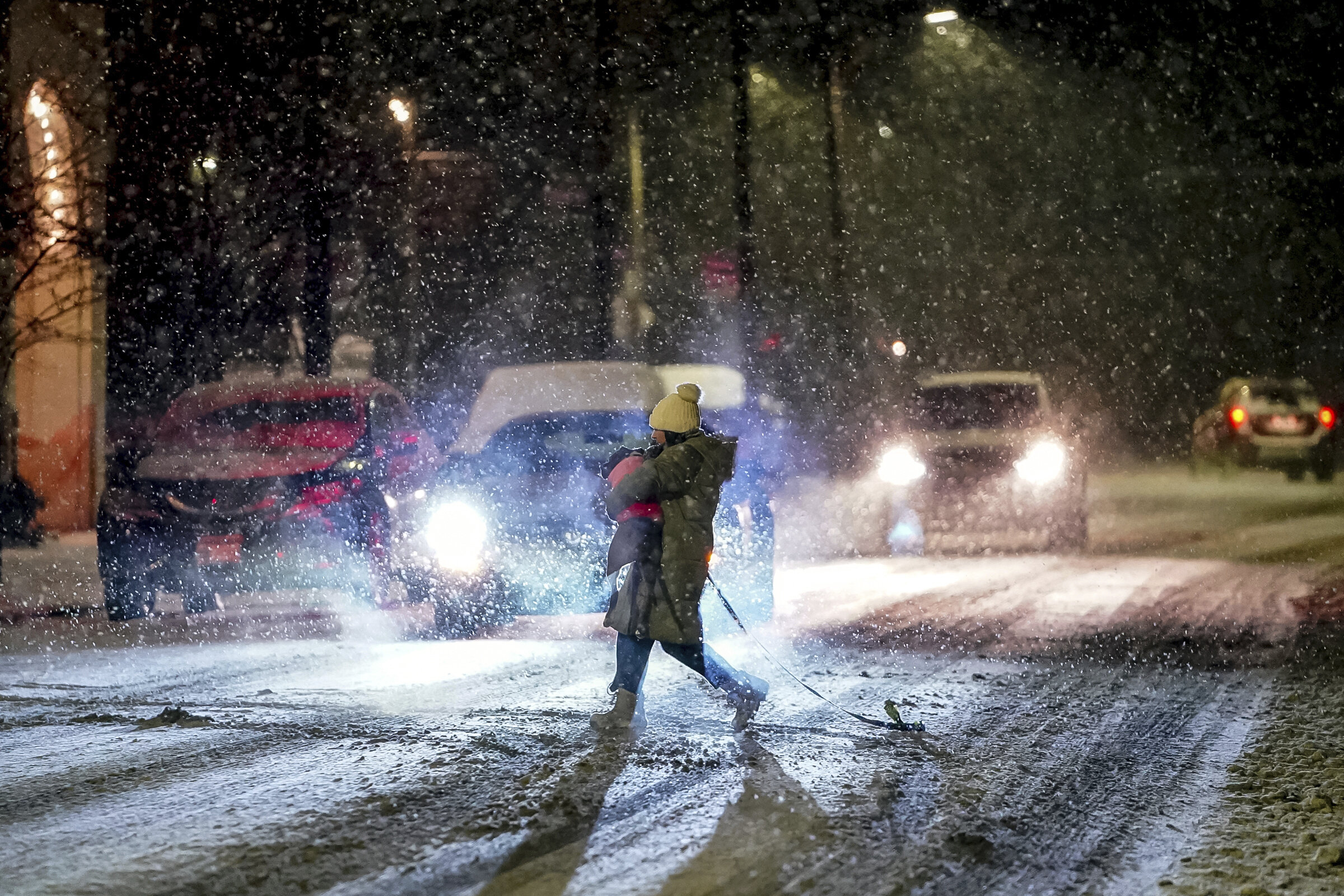 A dangerous winter storm brought significant snowfall, strong thunderstorms and blustery winds to the northeastern U.S. on a holiday Monday.

A foot (30 centimeters) or more of snow fell in parts of New York state, Ohio and Pennsylvania Sunday night through Monday morning, and tens of thousands of customers in the region were without power.

Forecasters in Buffalo, New York, said the snow was falling fast, dumping almost 17 inches (43 centimeters) by 10 a.m. The city advised people not to travel if they didn’t need to on this Martin Luther King Jr. Day, while some surrounding towns instituted a travel ban.

The weather service said 17 inches (43 centimeters) or more of snow were reported in Ashtabula County in northeast Ohio.

“We’ve had a very strong area of low pressure that’s kind of moved up the coast, with pretty heavy snowfall accumulations from Tennessee, North Carolina all the way into the northeast,” said meteorologist Marc Chenard at the weather service’s headquarters in College Park, Maryland.

New York City got less than an inch of snow, which was washed away by rain overnight. The weather service said spotty showers and snow showers might continue through Monday night.

Sleet and rain were the main threats for much of Massachusetts, Connecticut and Rhode Island. Periods of snowfall transitioned to rain overnight. NWS meteorologists in Boston said wind gusts could reach 70 mph (113 kph).

The howling winds spread a fire that destroyed a motel and two other structures in coastal Salisbury, Massachusetts, early Monday.

The storm forced the closure of many COVID-19 vaccination and testing sites in the northeast Monday.

The massive winter system brought similar conditions Sunday to the Southeast, where thousands were still without power Monday.

Multiple states reported inches of snow, and two people died Sunday in North Carolina when their car drove off the road. The roof of a dormitory partially collapsed in the state at Brevard College, with officials saying it broke under the weight of snow. There were no injuries.

Wet roadways in the South were expected to refreeze Monday, creating icy conditions for motorists.

Plow trucks were scattered along roads and highways up the East Coast, working to clear the way for travelers. Some crashes were reported in the early morning hours, including an ambulance involved in a wreck on Interstate 279 in Pittsburgh, KDKA-TV reported. It was unclear whether anyone was injured.

Millions hunker down as storm hits eastern US

Austin Butler Was ‘Rushed To Hospital’ Day After…