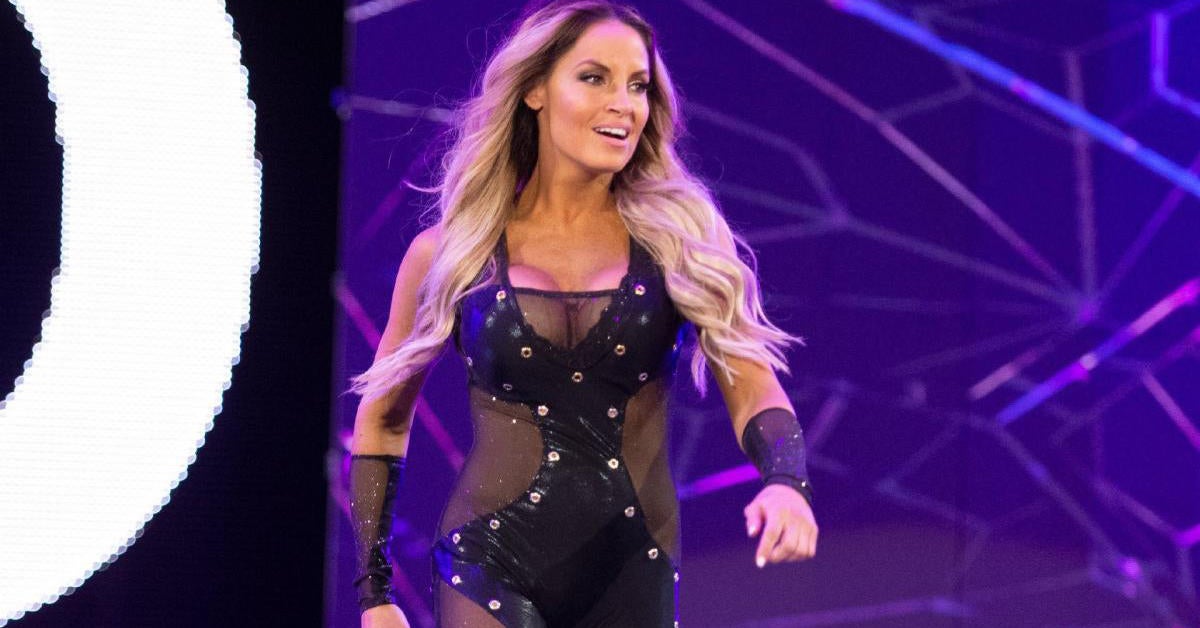 Will Trish Stratus Be in the Women’s Royal Rumble Match?

The Royal Rumble is right around the corner, and while we have learned of the majority of the participants, there are still some open spots in both the Men’s and Women’s Rumble matches. One name that has been brought up several times as a possible surprise for the Women’s match is Trish Stratus, especially since her frequent nemesis Lita has already been revealed for it. Stratus was asked about the possibility of her showing up in the Royal Rumble during the latest episode of The Bellas Podcast, and while she didn’t say she would be involved, she also didn’t rule it out. Here’s what she said.

“Well, I’ll tell you this,” Stratus said. “I am filming the semi-finals of Canada’s Got Talent, they do wrap up a certain time. But I’m just, I’ll be in that headspace, so that’s sort of my focus at the moment. You know, that’s, that’s what I’ve got to do. I’ve got to be, like, in it.”

She also talked about WWE revealing so many of the entrants into the match ahead of time, including the shocking revelation that Impact Wrestling’s Knockouts Champion Mickie James would be crossing over into the Rumble match.

“I mean I get it,” Stratus said. “You want to sell the event, right? So that’s exciting, talking about who’s going to be there and things like that. I mean honestly, Mickie James coming back, I thought that was pretty cool. But I think that that should’ve been a huge surprise because no one would’ve expected that.”

She also gave her pick on who would win it all, and her money is on Lita. “So I would say, I mean, Lita. Amy looked pretty good. She was on Raw or Smackdown the other day. Was it Raw the other day? She’s training her butt off inside, I know that. I know inside information that she’s been training in the ring. So I don’t know, maybe she’s got another run in her,” Stratus said.

Here is the current Royal Rumble card and confirmed entrants:

Do you think Stratus will make a Royal Rumble return? Let us know in the comments or as always you can talk all things wrestling with me on Twitter @MattAguilarCB!

Denial of responsibility! Verve Times is an automatic aggregator of the all world’s media. In each content, the hyperlink to the primary source is specified. All trademarks belong to their rightful owners, all materials to their authors. If you are the owner of the content and do not want us to publish your materials, please contact us by email – [email protected]. The content will be deleted within 24 hours.
Bellas PodcastLitaRoyal RumbleTrish StratusWrestleManiaWWE
0
Share FacebookTwitterGoogle+ReddItWhatsAppPinterestEmail