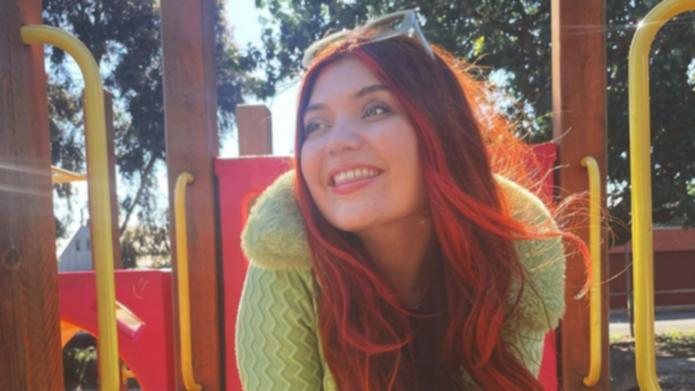 But, while this content resonated with her, it took the 27-year-old a while to put two and two together.

“But once they said they were symptoms of ADHD or autism, I would swipe off and be like: ‘Oh, no, that’s not me’.”

Ella says it wasn’t until a very close friend texted to say she had been diagnosed with autism that she began to look back at the TikTok videos – and realised she, too, could be on the spectrum. It prompted a visit to a doctor and a medical diagnosis.

Ella is not the only one to make this kind of discovery through the use of social media.

In what has become something of a self-diagnosing trend, many young Aussies are being alerted to the symptoms of various health conditions as they scroll through TikTok feeds.

Where in previous years Australians often turned to “Dr Google” to find out if symptoms they were experiencing were cause for concern, TikTok’s algorithms often target teenagers and young users with videos about a range of common health conditions, both physical and mental.

While in some cases it can lead to an awareness of symptoms and a diagnosis that might otherwise have been missed, experts say it is not all positive – with many teens racing to their doctors over perceived symptoms they do not actually have.

For Ella, she says in the past she often became very overwhelmed in some social settings but thought it was just a personality trait.

“I’ve always said to people if they had known me when I was younger they would have assumed I was autistic because I was very unique and very particular, but it never crossed my mind that I actually had it,” she told 7NEWS.com.au.

“When I first joined TikTok, I had quite a lot of ADHD and autism content on my page all the time … but it never actually crossed my mind that it could be me.”

After her friend – who had always been so similar to her – told her she had been diagnosed with autism, Ella realised she could have it too. Ella talked to her parents and later received a medical diagnosis for autism.

Since then, she has become an influencer raising awareness for autism.

For some people on the spectrum, the increase in online content about autism has changed their lives.

James said he experienced behavioural issues as a child but it wasn’t until later in life that he was diagnosed.

Now, other members of his family have also been diagnosed with the condition and also use online video guides such as YouTube channel How To ADHD and various TikTok accounts that recommend strategies to better manage the condition.

“We are a multi-generational neurodiverse family, and that’s something I suppose you don’t really hear of,” he told 7NEWS.com.au.

“When I was growing up, I just felt like I was the naughty kid or the difficult kid.

“My mother was running around to try to find out why I had behavioural issues.”

James says he also now shares the video guides with colleagues to give them an understanding of what he is going through.

“It helps them be supportive of me, and helps me maximise my work,” he said.

There is some evidence TikTok and other social media platforms are contributing to a growing awareness about autism and, in turn, more people being diagnosed.

“Being really distractible is almost normal in our times and we have to work harder, beyond just getting a tablet, to be able to sustain attention,” he said.

“We have to be careful we don’t medicalise ordinary problems of living.”

Dr Ginni Mansberg told 7NEWS.com.au she has seen patients who had been helped to reach a diagnosis – and learned a lot about their condition – through social media videos.

But she said a proper medical diagnosis was vital, as was expert medical advice, and warned people not to believe everything they see online.

“These influencers … they have lived experience but not necessarily any scientific or medical background,” she said.

“I’ve had patients come in who have spent thousands on supplements and vitamins that were recommended to them online and they’re never going to work.”

But she also said, in many cases, more content and awareness via social media was helpful.

“I’ll spend 10 minutes with a patient but (they) might watch hours worth of videos about a certain topic,” she said.

“And they will write things down and quite often they’ll be right and they’re on to something.

“So it’s important not to dismiss it altogether, but I would draw the line before people spend lots of money on remedies and miracle cures that people recommend online – don’t waste hard-earned cash before running it by someone you trust.

“Look at those comments on the videos, too, to see if the information is backed up by anyone.”

‘Any awareness is positive’

Ella says since she was diagnosed she has been able to thrive and understand much more of herself than she ever thought possible.

“I’ve realised now there’s so much value in me sharing my personal journey, even while I’m still working through it and figuring things out,” she said.

Ella recommends for anyone who sees themselves in traits described in these sorts of videos to speak to a professional.

“If you’re seeing these kinds of videos and it’s all really clicking with you, it may be worth going and getting a diagnosis,” she said.

“I think in the grand scheme of things, the percentage of people who are going to self-diagnose incorrectly is fairly small so the risk is somewhat low.

“Because people who may have never realised they have these traits can realise and finally get clarity, and going and getting a diagnosis is going to really help them thrive, I just think that’s so beneficial.”

James feels the same way. He says any awareness is positive “even if there is a risk of people googling stuff and winding themselves up”.

“Because at the end of the day, it’s challenging when I see other people who are maybe undiagnosed and not necessarily aware of their own things and that’s actually the really sad part,” he said.

“Because they’re not getting the help they need.”

Man awarded $8000 after pub refused entry to his assistance chihuahua

Denial of responsibility! Verve Times is an automatic aggregator of the all world’s media. In each content, the hyperlink to the primary source is specified. All trademarks belong to their rightful owners, all materials to their authors. If you are the owner of the content and do not want us to publish your materials, please contact us by email – [email protected]. The content will be deleted within 24 hours.
LifestylemedicineNewsPublic healthsocial mediaTechnologyTikTok
0
Share FacebookTwitterGoogle+ReddItWhatsAppPinterestEmail