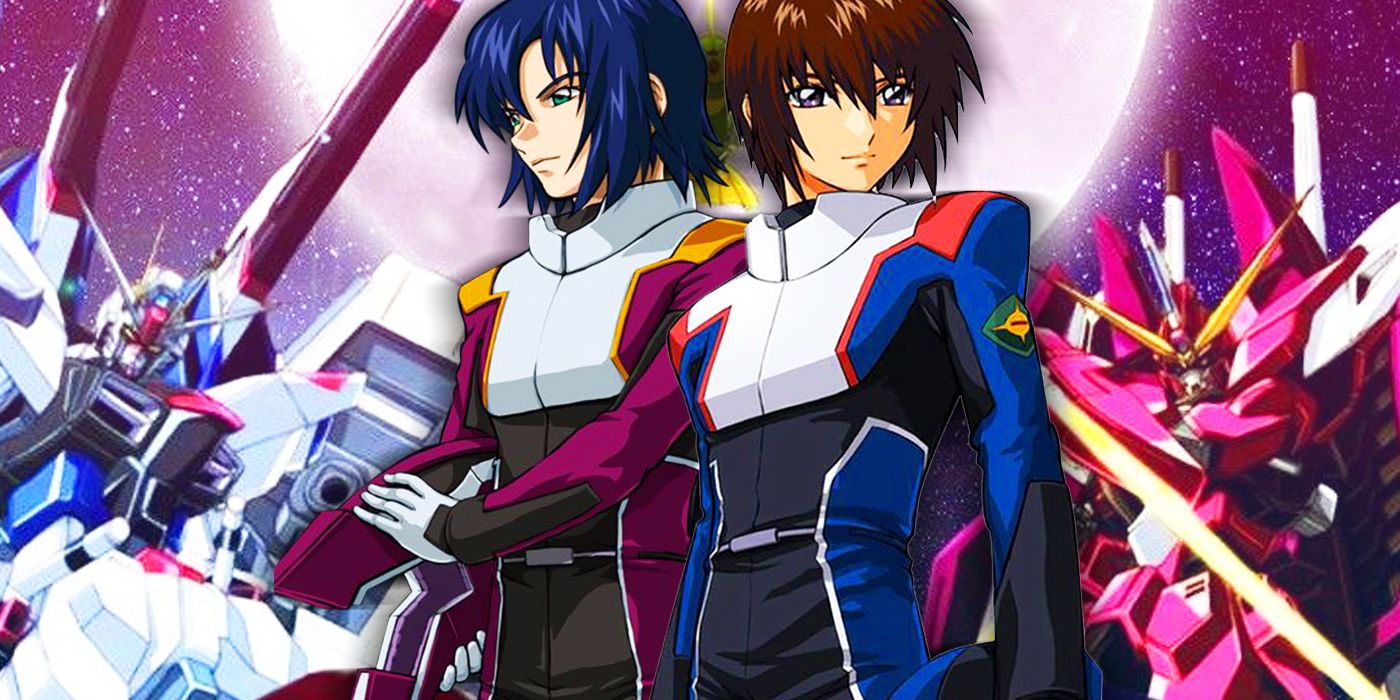 Why Gundam Seed Is So Popular

The focus on the Universal Century timeline changed in 2002 with the release of Gundam Seed, which birthed its own continuity and several follow-ups.

The Mobile Suit Gundam franchise has consistently been one of the biggest and most popular in Japanese pop culture, spanning decades of animated and printed material. Many of these venerable Bandai franchise iterations occur in the Universal Century timeline and continuity, which began in 1979 with the release of the original Mobile Suit Gundam anime.

The focus on the Universal Century timeline changed in 2002 with the release of Gundam Seed, which birthed its own continuity and several follow-ups. This trend is continuing, with a new movie, video game and manga planned for release soon, continuing the story of Gundam Seed. This all follows the 2020 release of a new English dub to commemorate the series. In anticipation of new Gundam Seed content, let’s take a look at what the series was about and why it continues to be such a big hit among the fandom.

RELATED: Why Gundam Fans Should Graduate to Legend of the Galactic Heroes

Gundam Seed’s Story and Place in the Franchise

Mobile Suit Gundam SEED, or simply Gundam Seed, was the ninth main anime series in the franchise and the beginning of the Cosmic Era continuity. The series depicts the increasing hostility between normal humans that reside on Earth and the genetically enhanced Coordinators, who’ve taken to the stars and live in space colonies. Different factions exist among each group, such as Earth-based humans who want peace with the Coordinators and human supremacists who outright hate them.

The protagonist is Kira Yamato, a Coordinator who works for the Earth Alliance to oppose the space colonies’ ZAFT. Kira does so in his Strike Gundam mobile suit, which he steals from ZAFT, who had previously exclusively had Gundams that were far more advanced than the Earth Alliance’s mobile suits. Part of ZAFT is Kira’s old friend Athrun Zala, making the battle increasingly more personal.

Why Is Gundam Seed Still So Popular?

Part of the appeal of Gundam Seed was its conscious break away from the well-trodden Universal Century continuity. Of course, previous shows such as Gundam Wing and G Gundam were in new continuities, but these were individual shows whose timelines were abandoned once they ended. However, Gundam Seed‘s Cosmic Era was an entire sub-series of the franchise, receiving an anime sequel, movies and spin-off manga in the form of the Gundam Seed Astray books.

Gundam Seed, in a way, would also adapt and utilize some themes and concepts that the original series showcased, but modernizing them for a new audience and, in doing so, reinvigorating the franchise for a new generation. A prominent example of this is the Coordinators, who update the original series’ Newtypes. Likewise, Gundam 00 would later do the same for concepts seen in Gundam Wing — which, like Gundam Seed, also attracted more female fans than ever for the franchise due in part to its revamped art style and a “pretty boy” cast. While fan-service moments still surrounded the female characters, they were also thankfully brought to the forefront, benefiting from stronger character development.

The impressive soundtrack also had solid Japanese pop songs for the intros and an equally fantastic score. Still, while many Western fans have come to dislike the overpowered main characters such as Kira Yamato, they remain fairly popular in Japan — likely for the same reasons that isekai heroes continue to be a trend. The new entries in the Cosmic Era, namely the new movie, will likely see a resurgence in Seed‘s popularity, which may plant further seeds for future installments.

Foreign confidence in US president surges from 17 to 75 percent after Biden transition, survey finds

Jim Gaffigan on Pixar’s ‘Luca’ and…

Mom tosses newborn baby and toddler out of window before…