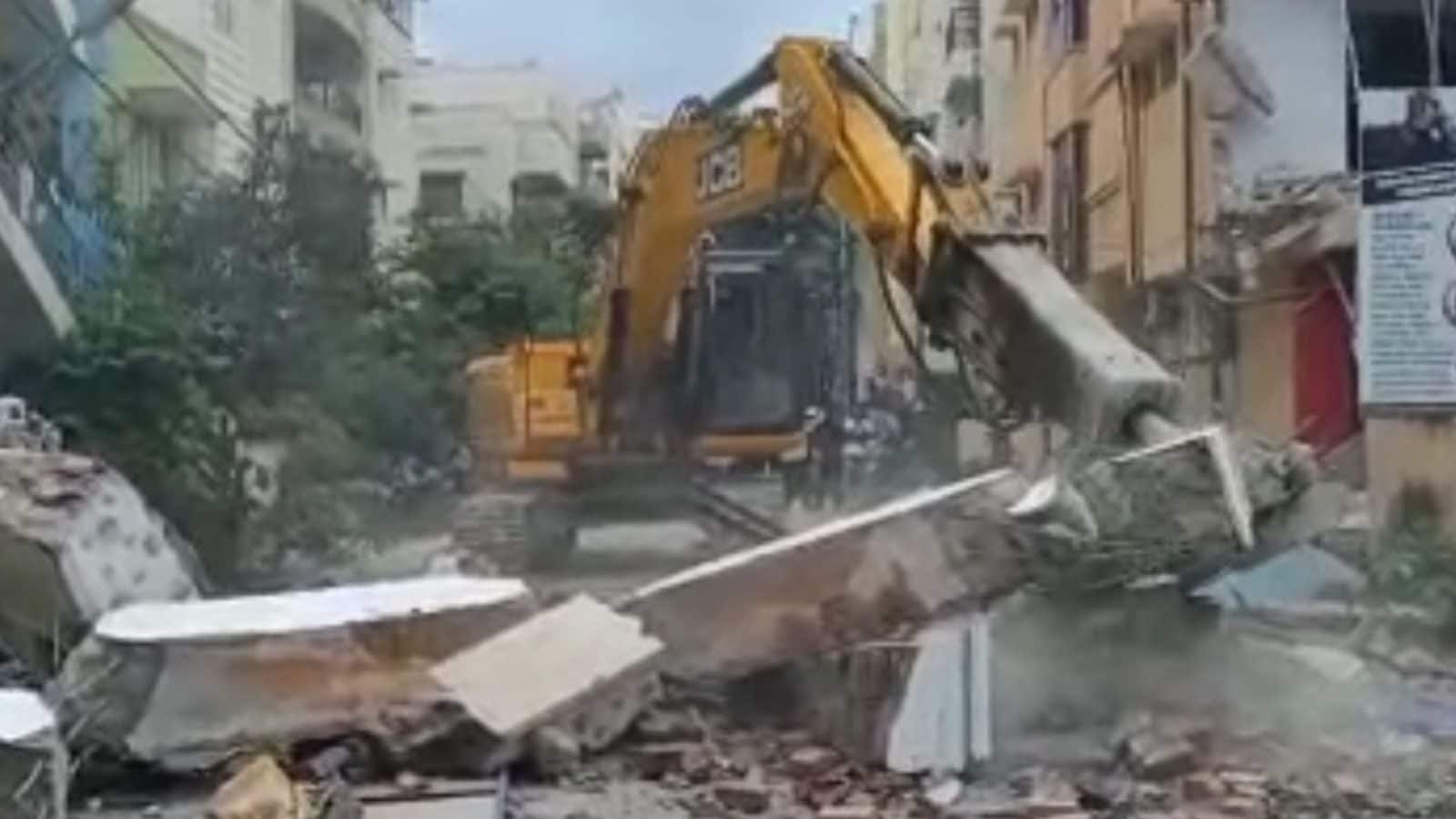 “Twenty buildings have encroached near spice garden and five buildings are on storm water drain in Chinappanhalli. The revenue department will issue notices and seven days after that we will demolish those buildings too and construct storm water drain,” said BBMP chief engineer Basavraj Kabade.

Even as the BBMP started the demolition drive, there are questions on whether it is going after the common man while sparing big tech parks owned by the powerful. A BBMP demolition squad reached Bagmane tech park in the morning and even identified and marked 2.4 meters storm water drain encroachment by the IT park. Officials along with police reached the spot but mysteriously they left the tech park few hours later without demolishing any structure.

This has raised questions on whether the officials succumbed to pressure. Citizens in the neighbourhood have constantly pointed out that the tech park has been spared because a sitting minister who is also an MLA from the city has business interest in the tech park.

“One thing we have to notice is that the demolition is targeting only the middle-class people. Why are villas not being demolished? The bulldozer goes silent when it comes to the mighty,” said Congress leader Priyank Kharge.

But the government is promising to go after all encroachers in the city irrespective of whether they are IT parks, villas or small houses. The chief minister defended the government saying the dispensation is also approaching the court to apprise the judiciary about the seriousness of the issue wherever stay orders have been issues.

“We had said earlier that we will act against encroachers. Now we are doing it according to the law, we won’t stop demolition drive at any cost. IT, BT or whoever has encroached the storm water drains will not be spared. No question of any favouring anyone,” said CM Basavraj Bommai.

The BBMP has also issued notices to 13 houses within the Rainbow drive layout for having encroached the storm water drain. The layout was recently flooded when city was battered by torrential rains.

Denial of responsibility! Verve Times is an automatic aggregator of the all world’s media. In each content, the hyperlink to the primary source is specified. All trademarks belong to their rightful owners, all materials to their authors. If you are the owner of the content and do not want us to publish your materials, please contact us by email – [email protected]. The content will be deleted within 24 hours.
BangaloreBasavaraj BommaiBBMPBengalurubengaluru demolition drivebengaluru encroachmentbengaluru municipal corporationIT park bengaluru
0
Share FacebookTwitterGoogle+ReddItWhatsAppPinterestEmail

Farmer Wants A Wife 2022: Will sends Alicia home after she leaves ‘crucial detail’ out of conversation

The Mystery of Why Some People Don’t Get Covid