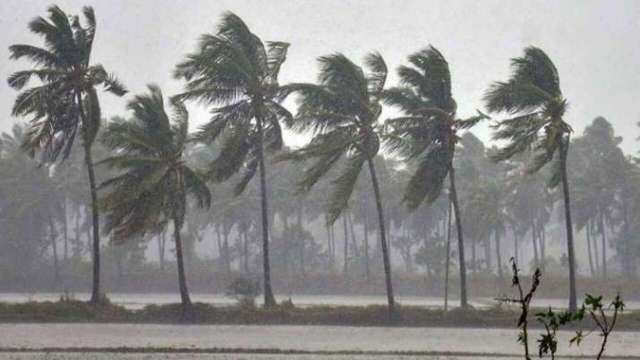 The storm in Bay of Bengal has intensified into a cyclone. It is expected to trigger wind over 75 km/hour and may get stronger. It will fizzle out next week without making a landfall. It has been named Cyclone Asani. The storm was named by Sri Lanka. It means ‘wrath’ in Sinhalese.

In 2020, India Meteorological Department published a list of 169 probable names of tropical storms after holding discussions with 13 World Meteorological Organization’s member countries. Each country got to suggest 13 names.

These countries were: Bangladesh, Iran, India, Myanmar, Oman, Pakistan, Sri Lanka, Thailand, United Arab Emirates, Yemen, Maldives, Qatar and Saudi Arabia. The countries get to name cyclones based on the place of origin.

How are cyclones named?

The naming of storms began years ago as it was easier to remember names than figures and technical terms. It also helps distinguish between two cyclones. WHO maintains a list of names. Cyclones can last for more than a week and sometimes, multiple cyclones exist at a given time. Hence, different names are given to prevent confusion among weather forecasters.

Generally, the names of cyclones depend on regional rules. According to the WMO website, “In the Atlantic and in the Southern hemisphere (Indian ocean and South Pacific), tropical cyclones receive names in alphabetical order, and women and men’s names are alternated. Nations in the Northern Indian ocean began using a new system for naming tropical cyclones in 2000; the names are listed alphabetically country wise, and are neutral gender wise. The common rule is that the name list is proposed by the National Meteorological and Hydrological Services (NMHSs) of WMO Members of a specific region, and approved by the respective tropical cyclone regional bodies at their annual/biennual sessions.”

The use of short names helps in eliminating errors during exchanging storm information gathered from numerous weather stations, coastal bases and ships.

“Since 1953, Atlantic tropical storms have been named from lists originated by the National Hurricane Center. They are now maintained and updated by an international committee of the World Meteorological Organization. The original name lists featured only women’s names. In 1979, men’s names were introduced and they alternate with the women’s names. Six lists are used in rotation. Thus, the 2019 list will be used again in 2025,” the WHO added.

Denial of responsibility! Verve Times is an automatic aggregator of the all world’s media. In each content, the hyperlink to the primary source is specified. All trademarks belong to their rightful owners, all materials to their authors. If you are the owner of the content and do not want us to publish your materials, please contact us by email – [email protected]. The content will be deleted within 24 hours.
Cyclone AsaniHow are cyclones named?
0
Share FacebookTwitterGoogle+ReddItWhatsAppPinterestEmail

Japan next as Wallaroos build to World Cup