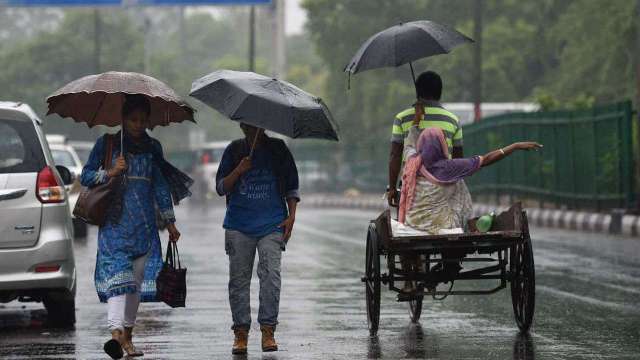 When will monsoon start to retreat in India? IMD said THIS

Many parts of India are currently struggling with heavy rains. In the wake of heavy rainfall in Noida, all government and private schools from classes 1 to 8 in the city will remain closed today, District Magistrate Suhas L Yathraj informed. Schools in Aligarh will also be closed till tomorrow due to heavy rains.

While heavy rains continue to torment and disrupt the daily lives of people, the weather department has now said that the monsoon is likely to withdraw from some more parts of the northwest and some parts of central India during the week beginning from September 29.

READ | Scientists link heart diseases with global warming; all you need to know about the study

According to the IMD, conditions are likely to become favourable for the withdrawal of monsoon from the next week.

District Basic Education Officer of Aligarh district ordered to close of all schools on September 23 and 24 given the heavy rainfall forecast. “India Meteorological Department (IMD) has issued a warning that western UP will witness heavy rainfall. Admin is on alert,” said Sudhir Garg, Principal Secretary of Revenue Department.

In the current week from September 22-28, fairly widespread or moderate rainfall with isolated heavy falls and thunderstorms is very likely over Odisha, Telangana, and Madhya Pradesh during September 22 and 23. The weather department has also predicted rainfall in Uttarakhand, west Uttar Pradesh, and eastern Rajasthan during the first half of the week.

“Isolated to scattered rainfall activity is likely over the rest parts of the country during the week except west Rajasthan and Punjab, where dry weather is likely during the second half of the week,” the IMD added.

Denial of responsibility! Verve Times is an automatic aggregator of the all world’s media. In each content, the hyperlink to the primary source is specified. All trademarks belong to their rightful owners, all materials to their authors. If you are the owner of the content and do not want us to publish your materials, please contact us by email – [email protected]. The content will be deleted within 24 hours.
AligarhdelhiIndia MonsoonMaharashtramonsoonmonsoon withdrawalnoidaseptember end
0
Share FacebookTwitterGoogle+ReddItWhatsAppPinterestEmail

stocks to buy now: Bullish on the capex theme? Varun Lohchab on 9 picks across sectors