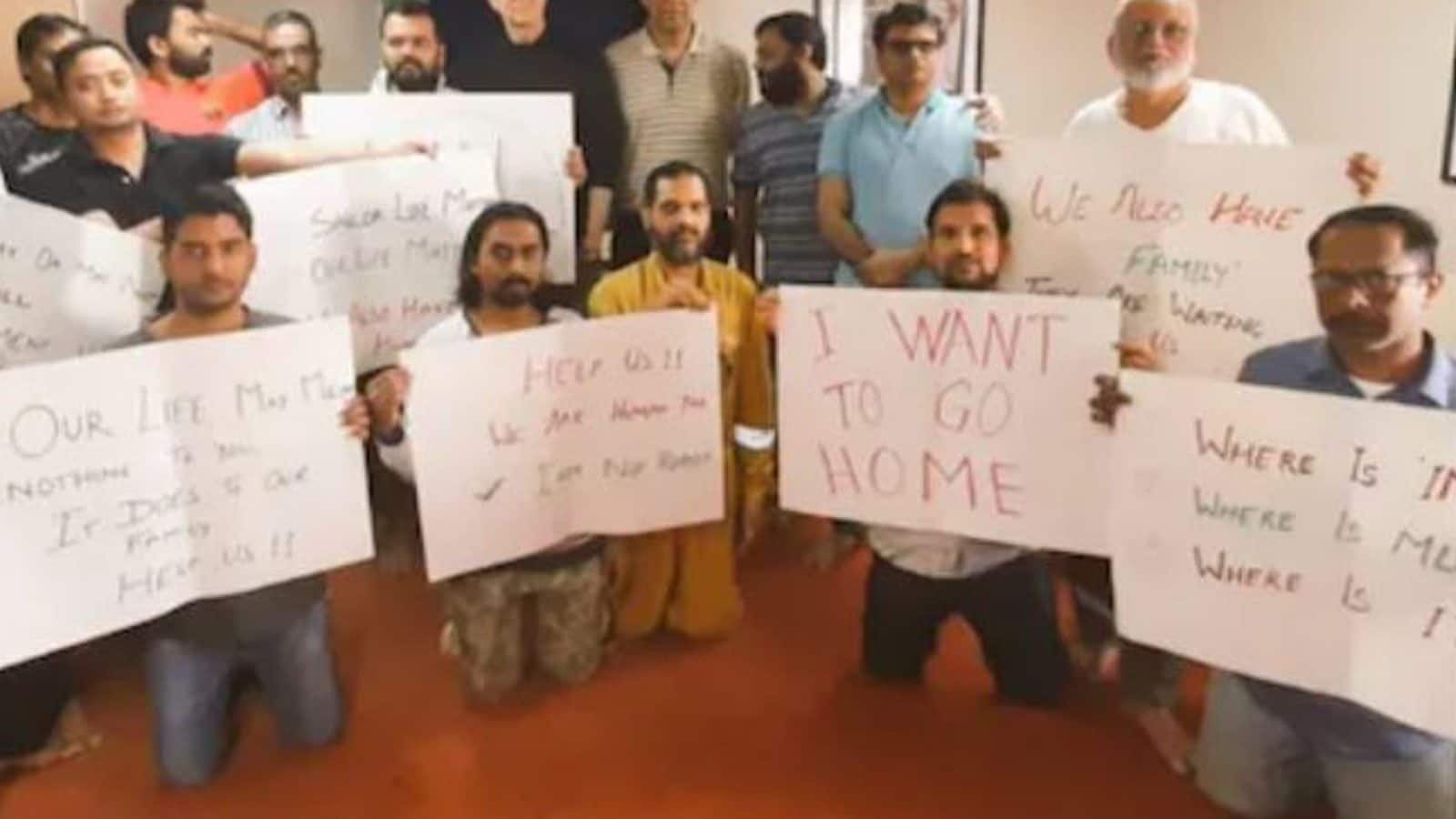 When Indian Sailors Were, Quite Literally, at Sea

Indian seafarers have faced many tough situations when in foreign waters. The latest being that 19 crew members, including 13 Indians from Maharashtra, Gujarat, Uttar Pradesh, Bihar and Andhra Pradesh have been detained at Port Bartam in Indonesia.

In order to track such incidents and maintaining a formal record, the Maritime Union of India (MUI), which represents merchant navy officers, has initiated a ‘Service to Stranded Seafarers’ project, aimed at collating database of the Indian seafarers who are currently languishing in jails abroad. The announcement was made in July this year.

However, till that record is made public, News18 brings to you a list of five incidents when Indian sailors, proverbially found themselves at sea:

Media reports surfaced about pirates abducting an Indian crew from a ship, anchored off the west African nation of Gabon. The ship, with 17 crew members, including two Keralites, was attacked by sea pirates on 5 September, 2021.

Two crew members, who resisted the pirates, had reportedly suffered gunshots. They were later reported to be safe.

According to media reports, four armed pirates used a ladder to board the ship around midnight, threatened the crew at gunpoint, and took them to the upper deck. When resisted, they tossed the second engineer, Pankaj Kumar, 31, of Punjab, into the sea, and shot at chief officer Vikas Naurial, 48, of Uttarakhand, and cook Sunil Ghosh, 26, of West Bengal.

16 Indian-origin men who are part of the MV Anastasia crew, were stranded in Chinese waters from August 3, 2020 due to China’s decision to ban coal exports from Australia. What was supposed to be a week-long halt stretched on to nearly five months with Chinese authorities reportedly denying the ship – carrying Australian coal – permission to offload their cargo.

At least 12 of the 18-member crew on board (which includes a Philippine sailor and a Russian) were in severe need of medical treatment, both for mental health issues as well as physical problems arising out of lack of movement.

Anastasia wasn’t the only ship stranded in Chinese waters. About 30 nautical miles away, the MV Declan Duff with an all-Indian crew of 20 sailors had been sitting in the anchorage area of Jingpang in Hubei province from July 23, 2020.

ALSO READ: Stranded at Sea Due to Crew Logistics, Covid-19 Restrictions Take a Toll on Mental Health of Sailors

MV Anastasia and another docked ship – MV Jag Anand – then led a public campaign for their release by approaching the media to mount pressure on the Indian government to back their release with China.

They could finally return home in February, 2021.

Authorities in Mauritius arrested the Indian captain of the Japanese ship that ran aground near Mauritius and spilled 1,000 tons of oil on the Indian Ocean island’s protected coastline.

Sunil Kumar Nandeshwar, captain of the MV Wakashio and who is from India, was charged with endangering safe navigation and was taken in custody. The ship’s first officer was also charged and is being held, he said.

The Wakasio ran aground a coral reef on July 25 , 2020 and after being pounded by heavy waves for several days the vessel cracked and started leaking oil on August 6.

The damaged ship spilled more than 1,000 tonnes of its cargo of 4,000 tons of fuel into the turquoise waters of the Mahebourg Lagoon, one of the island’s most pristine coastal areas.

A group of pirates, on 3 December, 2020, abducted 19 seafarers, including a Mumbai-based shipping officer, from the VLCC Nave Constellation, off Nigeria. The vessel was attacked 100 nautical miles south of Bonny Island.

Constellation belonged to an Anglo Eastern shipping company, which has its main office in Hong Kong and an Indian branch in Andheri.

Dryad Global, a UK-based maritime intelligence firm, reportedly said the incident is part of a developing trend and “perpetuated by a well-resourced pirate action group, most likely operating from one or more mothership vessels”.

The abducted shipping officer from Mumbai was the vessel’s chief officer. His family lives in Borivali.

Iran released nine out of 12 Indians who were on board the ship MT Riah that was detained in early July 2019.

However, 21 Indians were still in detention in Iran — three from MT Riah and 18 from British oil tanker Stena Impero which was seized on 16 July, 2019 by the Iranian Revolutionary Guard in the Strait of Hormuz for alleged violation of international maritime rules.

Indian Embassy, during the same period, got consular access to the 18 Indians who were on board Impero.

Meanwhile, 24 Indian crew members, who were on board shipping vessel ‘Grace 1’, were detained by Gibraltar police authorities and were detained.

The boats were seized amid ongoing tensions between Iran and the U.S. since Washington began reimposing sanctions on Tehran.

Iranian oil tanker ‘Grace 1’ was seized off the Spanish coast in July, 2020 by British marines and Gibraltar police.

Denial of responsibility! Verve Times is an automatic aggregator of the all world’s media. In each content, the hyperlink to the primary source is specified. All trademarks belong to their rightful owners, all materials to their authors. If you are the owner of the content and do not want us to publish your materials, please contact us by email – [email protected]. The content will be deleted within 24 hours.
cargoChinaIndonesiaIranoil tankerpiratessailorssea
0
Share FacebookTwitterGoogle+ReddItWhatsAppPinterestEmail

Putin ‘afraid’ of backlash but may still invade…