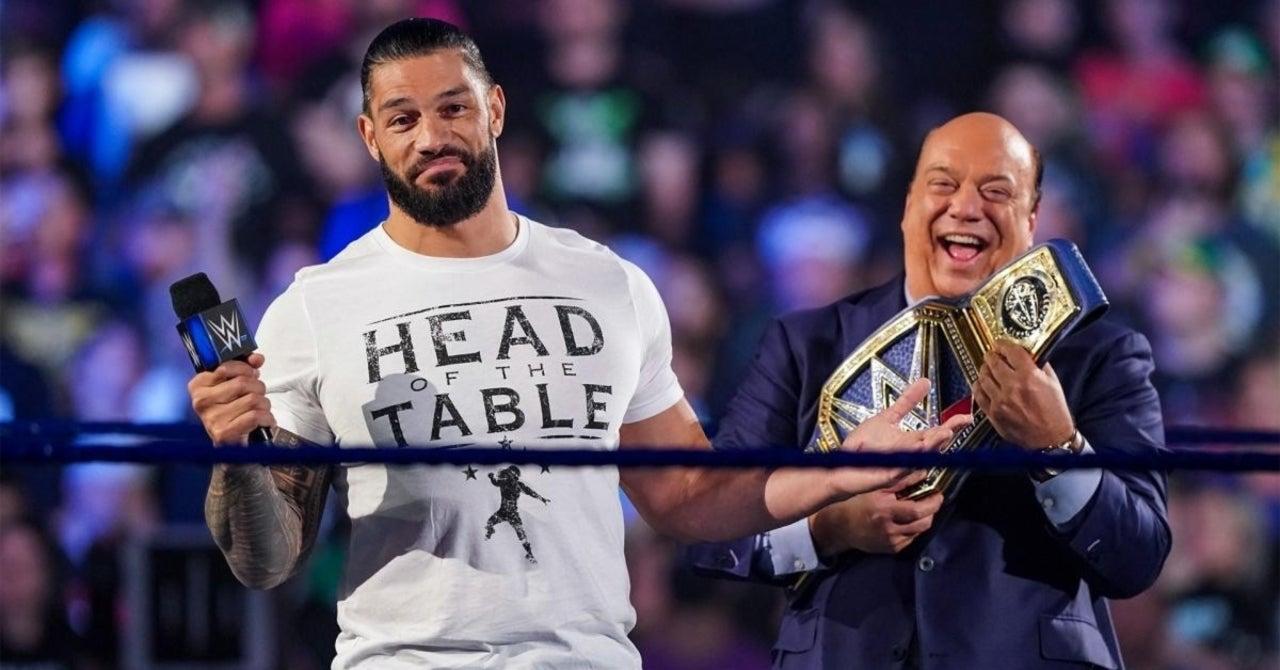 What is Roman Reigns’ Next Goal as WWE Universal Champion?

Roman Reigns’ run as WWE Universal Champion broke 450 consecutive days earlier this week and for the second year in a row he proved his dominance over the entire WWE roster by beating the current WWE Champion, Big E, in the main event of Survivor Series on Sunday. So what’s next for “The Tribal Chief?” Paul Heyman answered that question in a new interview with Sports Illustrated.

“The next goal for Roman Reigns is clear, and that is to be better tomorrow than he is today,” Heyman said. “His goal is to be better in two weeks than he is next week, to make next week’s SmackDown better than this week, and to make the SmackDown that airs in three weeks better than it is in two weeks. Roman Reigns continues to set a pace and achieve levels that no one in WWE has ever or will ever achieve. The world has the privilege and joy of watching it unfold every Friday on SmackDown.”

As for his next opponent, WWE released a preview of this week’s SmackDown that flashed a number of Superstars while the voiceover asked who was “brave” enough to step up to Reigns. One person who has been very vocal about that in interviews is Jeff Hardy.

“I guess there’s three [goals] I think about more than anything,” Hardy recently told Sportskeeda. “And number one would probably be to be the Universal Champion, ideally defeating Roman Reigns because that’s one of my dream matches, because his stuff is so powerful now. Even, you know, I’ve got to mix it up with Seth [Rollins] in the ring, and even Dean Ambrose back before he left. And they were The Shield, that was their big deal, so now Roman’s the one guy, we never came in contact with each other. So I just feel like I kinda belong in that story, and that I will belong in that story.”

What do you want to see Reigns do next? Let us know down in the comments!

Denial of responsibility! Verve Times is an automatic aggregator of the all world’s media. In each content, the hyperlink to the primary source is specified. All trademarks belong to their rightful owners, all materials to their authors. If you are the owner of the content and do not want us to publish your materials, please contact us by email – [email protected]. The content will be deleted within 24 hours.
Paul HeymanPaul Heyman (WWE)Roman ReignsRoman Reigns (WWE)WWEWWE SmackDownWWE Universal Championship
0
Share FacebookTwitterGoogle+ReddItWhatsAppPinterestEmail