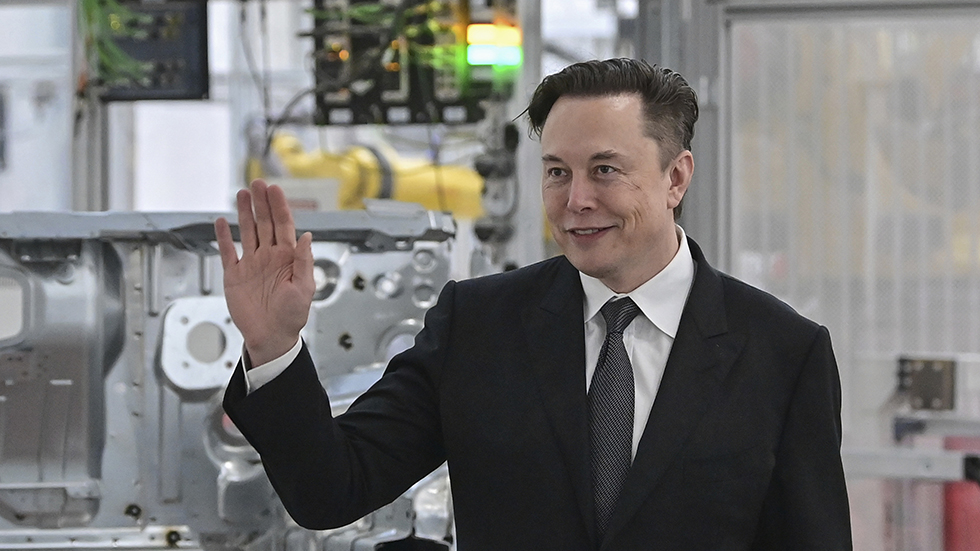 What does Elon Musk stand to gain from Twitter offer?

Elon Musk is already the richest man in the world due to his leadership positions at and stakes in Tesla, SpaceX and The Boring Company.

He is estimated to be worth roughly $260 billion, according to the Bloomberg Billionaires Index, and there are no signs of immediate threats to that wealth.

In that context, Musk’s bid for 100 percent of Twitter in an all cash deal worth roughly $43 billion may seem like it has little to offer him.

But many of Musk’s most headline-grabbing moves in the past have been motivated by non-financial considerations, and at a TED conference on Thursday he said the decision to make an offer was not driven by potential profits.

“What I’m saying is this is not a way to sort of make money,” he said during the live streamed event.

Musk, who revealed last week that he had acquired a 9.2 percent stake in Twitter, emphasized his belief in the importance of the platform while speaking at the conference.

“My strong intuitive sense is that having a public platform that is maximally trusted and broadly inclusive is extremely important to the future of civilization,” Musk continued. “I don’t care about the economics at all.”

In a securities filing dated Wednesday in which he offered to buy the remaining Twitter shares that he does not already own for $54.20 per share, Musk wrote to the company’s board chair Bret Taylor that he believes the social media platform can be “the platform for free speech around the globe.”

“However, since making my investment I now realize the company will neither thrive nor serve this societal imperative in its current form,” Musk continued. “Twitter needs to be transformed as a private company.”

There is ample evidence that Musk has spent time thinking about the importance of free speech and the role social media platforms can play in ensuring access to it.

Early last month he posted several tweets to his over 80 million followers about free speech and suggested that he might launch his own social media company.

Just before announcing his stake in Twitter, which makes him the company’s largest outside shareholder, Musk posted a poll starting with the statement that free speech is “essential to a functioning democracy” that asked whether the social media platform adheres the principle.

It is unclear what threat, if any, he sees Twitter in its current form posing to free speech.

Twitter is a private company and has no legal obligation to let every person tweet whatever they want.

The platform has been more aggressive with its content moderation than others — permanently banning former President Donald Trump being the prime example — but taking down posts or blocking users from its service is not a free speech issue as the term is defined by the First Amendment.

Several other social media platforms have been launched claiming to valorize free speech more than the dominant companies in the space.

However, almost all of those alternatives have run into the problem of having to moderate at least some content to keep their services useable.

Allowing absolutely any kind of content could leave a platform overrun with spam accounts and littered with unsavory content that makes social media unpleasant for most users and, more importantly, advertisers, experts warn.

Musk has said that he wants to limit spam on the platform, but doing so without some level of content moderation has proved tricky for other social media companies.

Beyond enshrining free speech, Musk has also suggested there should be an edit button on the platform, complained about major accounts not posting enough and floated a special authentication tier for Twitter’s paid service that would give paid subscribers a special checkmark. All of these changes could be made through owning the company, but they all also could theoretically have been pushed for with the board seat Musk was offered but ultimately did not accept. Twitter has even already said it is testing a potential edit feature.

There are several other potential explanations behind Musk’s hostile takeover bid.

One, shared by many critics of the controversial CEO, is that the proposal is mostly just to draw attention and have some fun.

Musk has a history of joking about major financial moves — most notably in 2018, when he posted that he had secured funding to take Tesla private at $420 a share, a stunt that landed him in hot water with the Securities and Exchange Commission. Musk ultimately paid a $20 million fine and resigned as board chair of Tesla after a lawsuit.

That number — 420, a reference to the national holiday for smoking weed — appeared again in his suggested price for Twitter shares. Musk is a notorious online troll, and this offer cleanly fits into that part of his persona.

“I think he’s doing it because he thinks it’s fun. He’s getting a ton of attention, which he loves,” Barrett added. “He likes cool cars and rocket ships, so he built companies to make those. With Twitter, the infrastructure is already built, and he thinks it would be fun to play with it.”

The social media activism organization Sleeping Giants tweeted that his bid “is likely just another troll, ensuring everyone is talking about him for another week.”

The offer could also be an off ramp for what was becoming a tricky situation for Musk.

Shortly after Musk formally announced the 9.2 percent stake in Twitter that he had acquired to regulators, observers pointed out that he may not have disclosed when he passed the 5 percent threshold within the required 10-day window.

That potential slip up led several Twitter shareholders to file a lawsuit this week, alleging that the failure to disclose allowed Musk to buy up more stock at a deflated price. One financial expert suggested to The Washington Post that the late filing netted Musk $156 million.

Beyond the lawsuit and a potential investigation by regulators, Musk’s offer may also take attention away from the seemingly awkward negotiation over giving him a board seat.

Twitter last week said he would be joining its board of directors, only for CEO Parag Agrawal to announce Musk had backed out of the deal just days later.

Twitter confirmed in a statement Thursday that it received an “unsolicited, nonbinding proposal” from Musk to acquire all outstanding stock.

The company’s board of directors met early Thursday and reportedly may be ready to fight the bid, despite the valuation being significantly higher than Twitter’s market price.

Musk’s filing says he would “need to reconsider my position as a shareholder” if the bid was not accepted, which could include selling off his shares.

Musk was asked during the TED conference Thursday if there is a plan for a scenario in which the offer is rejected.

“There is,” he replied, declining to elaborate further.

Denial of responsibility! Verve Times is an automatic aggregator of the all world’s media. In each content, the hyperlink to the primary source is specified. All trademarks belong to their rightful owners, all materials to their authors. If you are the owner of the content and do not want us to publish your materials, please contact us by email – [email protected]. The content will be deleted within 24 hours.
Elon Musksocial mediaTeslaTwitter
0
Share FacebookTwitterGoogle+ReddItWhatsAppPinterestEmail

‘They often go unnoticed or ignored’

Mariupol continues to hold out, against major odds

Google Fi says customer data may have been stolen by hackers