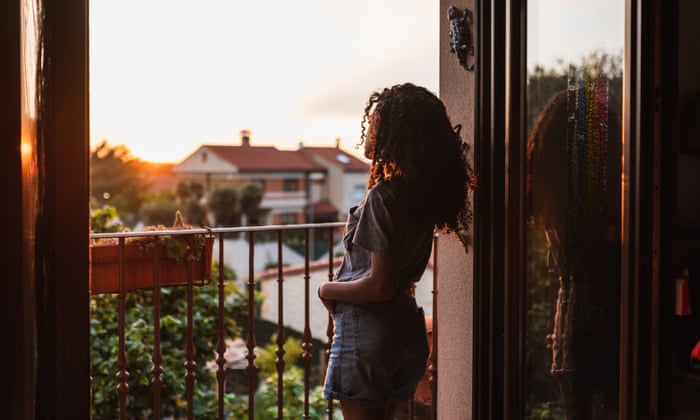 ‘We talked about grooming – I didn’t know what that was’: the charity protecting children from sexual exploitation and abuse | Finding hope again

Fifteen-year-old Leanne thought nothing of it when a man twice her age began chatting to her in the street after school, offering her cigarettes and alcohol. “I suppose it was a bit flattering, but I just thought: ‘Somebody’s offering me this stuff, it’s great,’” she recalls. “I felt: ‘Look at me, I’m getting all of this.’” It was only after their third meeting that she realised things were not as innocent as she thought: “He was very friendly at the start, but then things began to get quite sexual – he grabbed my leg and tried to kiss me,” remembers Leanne. “I wasn’t sure what was happening and I didn’t want anything bad to happen. I knew it wasn’t OK, but I felt trapped.” She decided the best option was to let the man, who was in his early 30s, “do whatever he wanted to do so that I could stay safe and get out of that situation”.

Leanne was too scared to tell her parents about the sexual abuse, afraid they would be angry with her. Instead she confided in a school friend who told a teacher and the police were called in. She was appointed a social worker and referred to a child sexual exploitation support service run by The Children’s Society charity. A support worker, provided by The Children’s Society, specially trained in trauma, provided one-to-one support and, crucially, the time Leanne needed to come to terms with what had happened to her and to stop blaming herself for the abuse.

“I’d see her once a week or every fortnight,” she says. “If I had any questions or if there was anything I felt unsure about I’d speak to her first. We talked a lot about grooming because I didn’t know what that was and how I could keep myself safe.” The Children’s Society was still at her side when, four years later, Leanne’s perpetrator was finally brought to justice and convicted on numerous counts of sexual assault and sent to prison.

Today, Leanne, now 21, is telling her story to help other young people who may unknowingly find themselves the victim of sexual exploitation and abuse: “Young people need to know that child sexual exploitation is not their fault. You are a child – you can’t understand what’s going on and you shouldn’t let it define you and affect your life,” she says.

Care (Children at Risk of Exploitation), set up in the east of England six years ago, is just one of the projects run by The Children’s Society that supports children at risk of exploitation and abuse, as well as survivors like Leanne. According to Sarah Simpkin, safe practice manager at Care, the charity can commit to intensive long-term intervention and support that statutory services are often unable to provide. “Being a charity we can also work with people in a different way – there isn’t the stigma or mistrust attached to us which might occur with social services or the police,” she explains. “We work at the child’s pace, it can be intensive.”

In the last six months, Care took 134 referrals from the police or social services. But the figure is unlikely to reflect the true level of abuse because official numbers are traditionally accepted to represent only the tip of the iceberg. “There are lots of children experiencing this form of harm who don’t come forward,” says James Simmonds-Read, national manager for The Children’s Society’s Prevention programme, which focuses on child sexual abuse and exploitation, child criminal exploitation and modern-day slavery and human trafficking. Indeed, latest figures from the Office for National Statistics confirm only 24% of adults who experienced rape or assault by penetration before the age of 16 told somebody about the abuse at the time it happened.

A sense of embarrassment was the main reason for keeping silent, according to the ONS. Self-shame is another reason, says Simmonds-Read: “A huge barrier is the sense of shame. The perpetrator will play on that. It’s also difficult to expect a child to come forward and say they understand that they are being groomed or exploited. The perpetrator will convince them that they are a boyfriend or a girlfriend or somebody to be trusted. So we can’t make it children’s responsibility to keep themselves safe.”

That’s why the Prevention programme’s team of prevention officers in England and Wales work closely with organisations such as the police, social care, businesses and community groups to help them improve their approaches to preventing and responding to child sexual exploitation and abuse. This also includes challenging stereotypical thinking such as that sexual abuse and exploitation only involves white teenage girls or only happens in the family home. As Simmonds-Read points out: “The reality is that abuse and exploitation also happens outside the home and the warning signs can be seen in public places and online, too.”

The Children’s Society’s #Look Closer campaign highlights how it’s vital that not just professionals, but everyone who encounters children looks out for signs of exploitation and reports concerns. “Professionals must take these concerns seriously and ensure young people get the help and protection they need,” says Simmonds-Read. “Everybody has a role to play here.”

Every day, The Children’s Society’s project workers help young people like Leanne to heal. Donate this Christmas, and you could help a young person break free from their past.

The return of Jackass: ‘It’s never not funny to see someone get hit in the nuts’ | Film