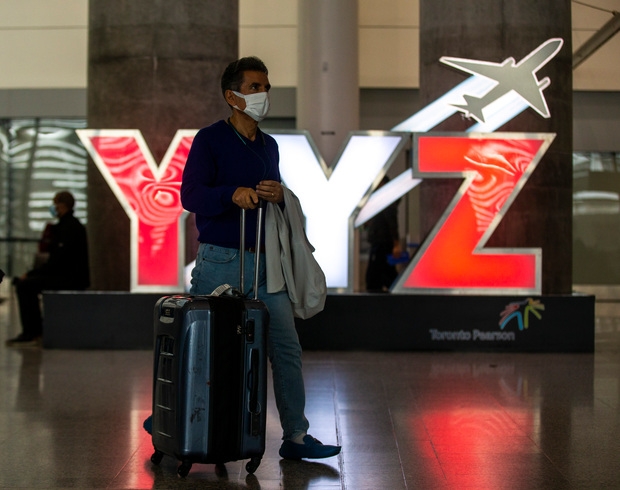 WARMINGTON: New rules for media at airport shouldn’t be allowed to fly

Approve or deny requests to cover the news? It means only who airport personnel deem acceptable are allowed to report the news. If they don’t like a journalist’s views or something they have reported, they will have the power to not admit them.

For example, I have often gone out to the airport during the pandemic to cover delayed flights, passenger backups, COVID-19 restrictions and testing, passengers with COVID coming into the country, or those being quarantined. But as of Monday, the airport can decide, saying yes or no as to whether or not I can write, photograph and comment on these types of things or even be on the premises!

We reached out to Transport Canada, which strongly disapproves of the GTAA’s incoming new rule.

“Freedom of the press is at the core of our democracy and is a commitment for our Government,” a spokesperson from Transport Canada told the Sun. “Pearson Airport’s new media policy is unacceptable, and our office will be reaching out directly to the Airport to express this concern.”

However, the GTAA is the operator of Pearson airport and is not part of the federal government.

“Once you fill the form out, we’ll review it (as quickly as possible) and decide whether to approve the application, effectively turning the form into a permit,” said the GTAA letter. “We’ll also have a GTAA employee available to accompany crews while on-site.”

A chaperone on a reporter is a first for a free and democratic Canada. They also have put up the crushing rule of having to decide 24 hours before, which makes it particularly difficult when you decide at the last minute to go out to cover something that has just happened. There is nothing wrong with the courtesy of alerting the airport you are planning to be on site, but there should never be licensing or permitting to cover news.

Pearson insists that is not happening with the new guidelines.

“Hi Joe, of course, you and other media will always be welcome at the airport,” said GTAA manager, communications and media relations, Ryan White. “This has nothing to do with access. This policy is just about knowing who is in the building at what time for safety issues and to ensure that our passenger services representatives are informed.”

But until the GTAA grounds their new media rules, it will be as believable as when transport authorities blamed massive airport gridlock on rusty, out-of-practice travellers.

If Canadians accept the state having the power of who gets to report, they will only get what government decides is permissible to be reported. That starts Monday at Pearson!

UAAP: Nic Cabañero explosion comes as no surprise for Adamson

Nearly Stock Nissan Ariya Is Going From the North to South…

Stroke: Junk food places near your home could increase your…