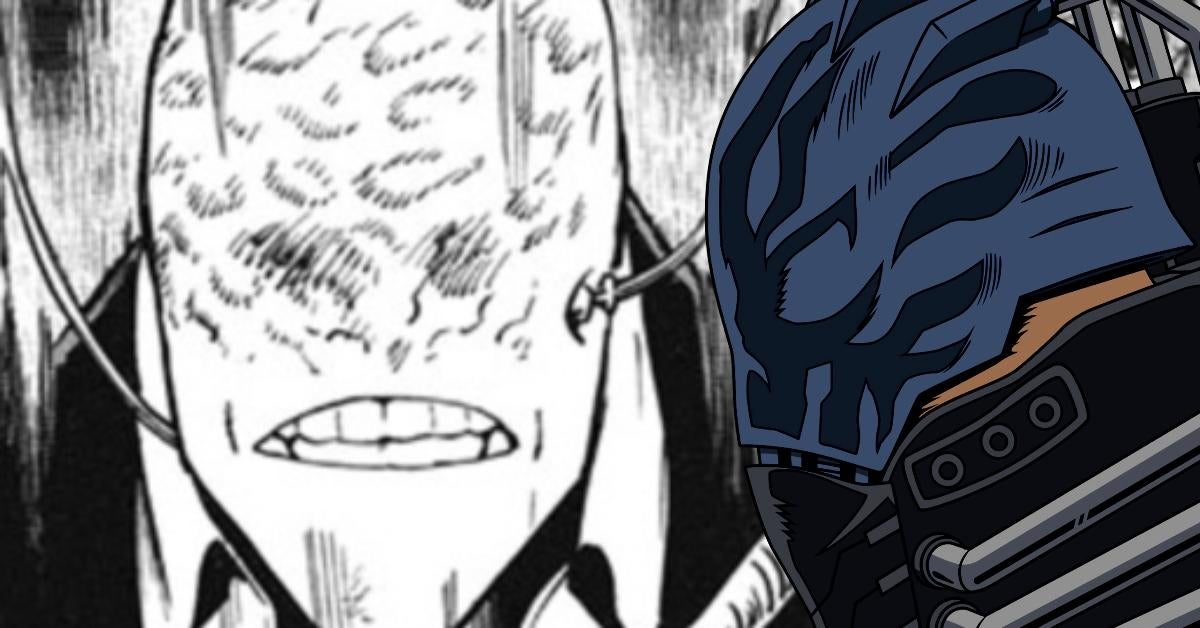 Vigilantes Sets Up A Surprise All For One Fight

My Hero Academia is setting up a secret showdown for All For One with the newest chapter of the Vigilantes spin-off series! My Hero Academia: Vigilantes is now in the midst of the climax for the Naruhata War as Koichi Haimawari’s Crawler and Number Six have reached the final phase of their fight. The two of them have pushed one another to the limit, and now the newest chapters of the series have teased that the two of them are on their final legs. All the while All For One has been very interested in seeing how it all turns out.

All For One’s interest in the fight has been one of the most curious elements of the fight thus far as it’s becoming clear that Crawler and Number Six are seeming to reach a different kind of reality the more their powers shift. This has been reflected with the visible visages of those close to Crawler popping up to encourage him through the fight thus far, and Number Six has gotten the same treatment as All For One’s visage has appeared to root his own creation on. But as seen through the newest chapter, All For One and Knuckleduster’s visages will be having a fight of their own.

Knuckleduster’s return to the series has been one of the more intriguing elements of this final arc as when he helped Crawler one last time, it seemed like the series was killing him off for good as his body was left limp the last time we had seen him in action. He then appeared in front of Koichi to inspire him one more time, and it seemed like this was his visage reaching out to Crawler in order to help him defeat Number Six once and for all. Crawler thus reached a new level of power, and it seemed like it worked. But then it got a little more interesting.

As All For One watches the two of them fight in Chapter 120 of the series, he’s soon interrupted by the visage of Knuckleduster and whisked away to a secret location. So if Knuckleduster’s appearance in front of Crawler earlier was all in the vigilante’s head, how did he interact with All For One in this moment? It seems that both All For One and Knuckleduster’s appearances exist on the same kind of plane, and given what we know about quirks and visages from the main series it’s not hard to imagine that it’s acting in very much the same manner here given that Koichi and Six’s fight has reached such a high level…a level beyond the singularity.

What do you think? What do you think is coming for the final confrontation between Knuckleduster and All For One? What do their appearances in the final battle even mean? Let us know all of your thoughts about it in the comments! You can even reach out to me directly about all things animated and other cool stuff @Valdezology on Twitter!

Denial of responsibility! Verve Times is an automatic aggregator of the all world’s media. In each content, the hyperlink to the primary source is specified. All trademarks belong to their rightful owners, all materials to their authors. If you are the owner of the content and do not want us to publish your materials, please contact us by email – [email protected]. The content will be deleted within 24 hours.
Anime (genre)MangaMy Hero AcademiaMy Hero Academia (2015)My Hero Academia: Vigilantes
0
Share FacebookTwitterGoogle+ReddItWhatsAppPinterestEmail