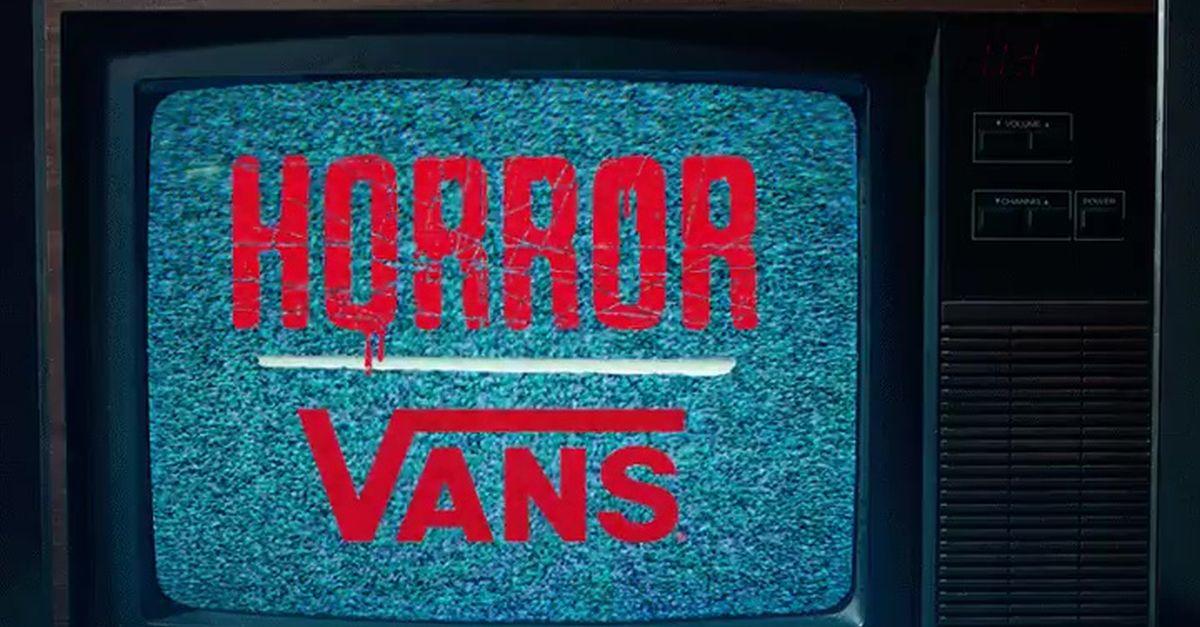 Vans Launching Horror-Themed Sneakers Honoring IT, The Shining, and More

Just in time for spooky season, Vans have announced a collaboration with Warner Bros. to make some of their most popular horror films and franchises into some new shoes. The retailer took to social media to show off an image of the items, ranging from regular sneakers to slip-ons, and they look amazing. Only four different movies are shown in the video as getting their own shoes but they’re for four of the biggest from the WB/New Line Cinema vault including The Shining, IT, A Nightmare on Elm Street, and Friday the 13th. Check them out below!

The IT shoes, specifically branded for 2019’s IT: Chapter Two, are traditional Vans Authentics style shoes with a black-and-white checker pattern. Across the pattern are a variety of Pennywise’s red balloons, which also appear on the black sides of the shoe as well. “IT: Chapter Two” can be read across the side of the sole. Vans’ design for The Shining shoes, part of their SK8-HI style, features the film’s classic green poster by Saul Bass on the sides, the film’s iconic “Redrum” writing also appears.

A Nightmare on Elm Street‘s, another of the SK8-HI style shoes, are modeled after Freddy Krueger’s trademark red and green sweater, and some to come pre-grimey to give them that distinct Nightmare look. The Friday the 13th slip on shoes feature the franchise logo on the right shoe with Jason’s iconic hockey mask appearing on the left.

That the Friday the 13th franchise is getting its own sneakers is perhaps a surprise to fans that are familiar with the franchise’s legal woes. In short a discrepancy in copyright law has put the entire series in limbo until it can all be sorted out, as a result for a few years no new merch for Friday the 13th was allowed to be made. Even though there’s been no word about whether the Friday the 13th legal woes have been solved, it at least seems like they’ve worked out the licensing side of things. The wait for a new movie however may continue to be much longer.

This marks the latest collaboration between Vans and big licensees to create some new shoes with a previous Marvel collection bringing characters like Spider-Man, She-Hulk, and Captain Marvel to their gear. Other Vans collabs include Harry Potter, Toy Story, and The Nightmare Before Christmas

Denial of responsibility! Verve Times is an automatic aggregator of the all world’s media. In each content, the hyperlink to the primary source is specified. All trademarks belong to their rightful owners, all materials to their authors. If you are the owner of the content and do not want us to publish your materials, please contact us by email – [email protected]. The content will be deleted within 24 hours.
A Nightmare on Elm StreetFriday the 13IT CHAPTER TWONew Line CinemaShoesThe Shining
0
Share FacebookTwitterGoogle+ReddItWhatsAppPinterestEmail

PM unable to get call with French leader