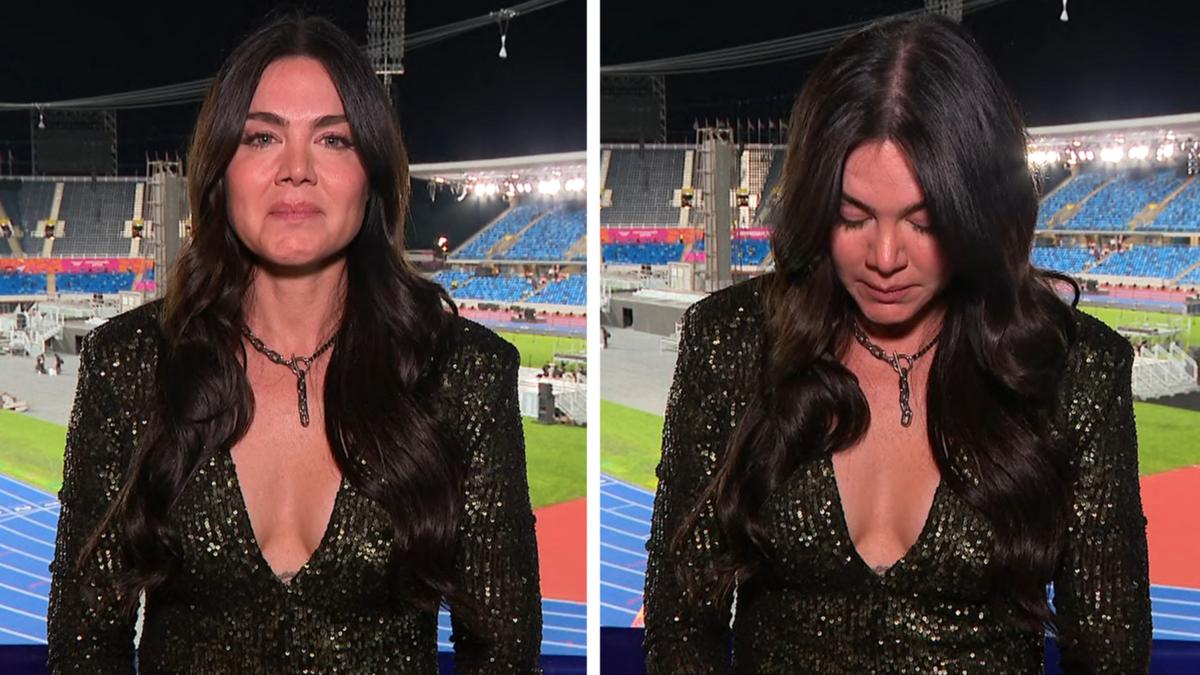 Australian singer Vanessa Amorosi has broken down while speaking to Natalie Barr and David Koch about the death of beloved entertainer Olivia Newton-John.

Amorosi was in Birmingham, having just performed for an international audience at the Commonwealth Games Closing Ceremony when she learned of the devastating news.

Watch: Vanessa Amorosi remembers Olivia Newton-John on Sunrise in the video above

“I just literally had one of the highest endorphins that just happened out there, to being extremely sad by coming offstage and checking my phone,” Amorosi said on Sunrise.

The singer was part of the Sydney 2000 Olympics Opening Ceremony alongside Newton-John and Tina Arena.

“Both of these women are women I’ve looked up to since (I) was a kid.”

“I’m actually very sad about Olivia, to be honest.”

Seeing that Amorosi was unable to continue with the interview, hosts Barr and Koch ended the interview by saying they felt for the singer.

Amorosi was still new on the music scene when the then 19-year-old was selected to perform the song Heroes Live Forever at the Sydney 2000 Olympics Opening Ceremony.

Newton-John also performed at the event, singing Dare To Dream with her friend John Farnham before an estimated worldwide audience of 3.7 billion people.

Amorosi went on to perform at several fundraisers for Newton-John’s charities in the years since.

‘We are hopelessly devoted to you’: Hollywood pays tribute to a screen legend

Denial of responsibility! Verve Times is an automatic aggregator of the all world’s media. In each content, the hyperlink to the primary source is specified. All trademarks belong to their rightful owners, all materials to their authors. If you are the owner of the content and do not want us to publish your materials, please contact us by email – [email protected]. The content will be deleted within 24 hours.
CelebrityEntertainmentMusicOn The ShowSunrise
0
Share FacebookTwitterGoogle+ReddItWhatsAppPinterestEmail

Queen Elizabeth encouraged Meghan Markle to make up with her…