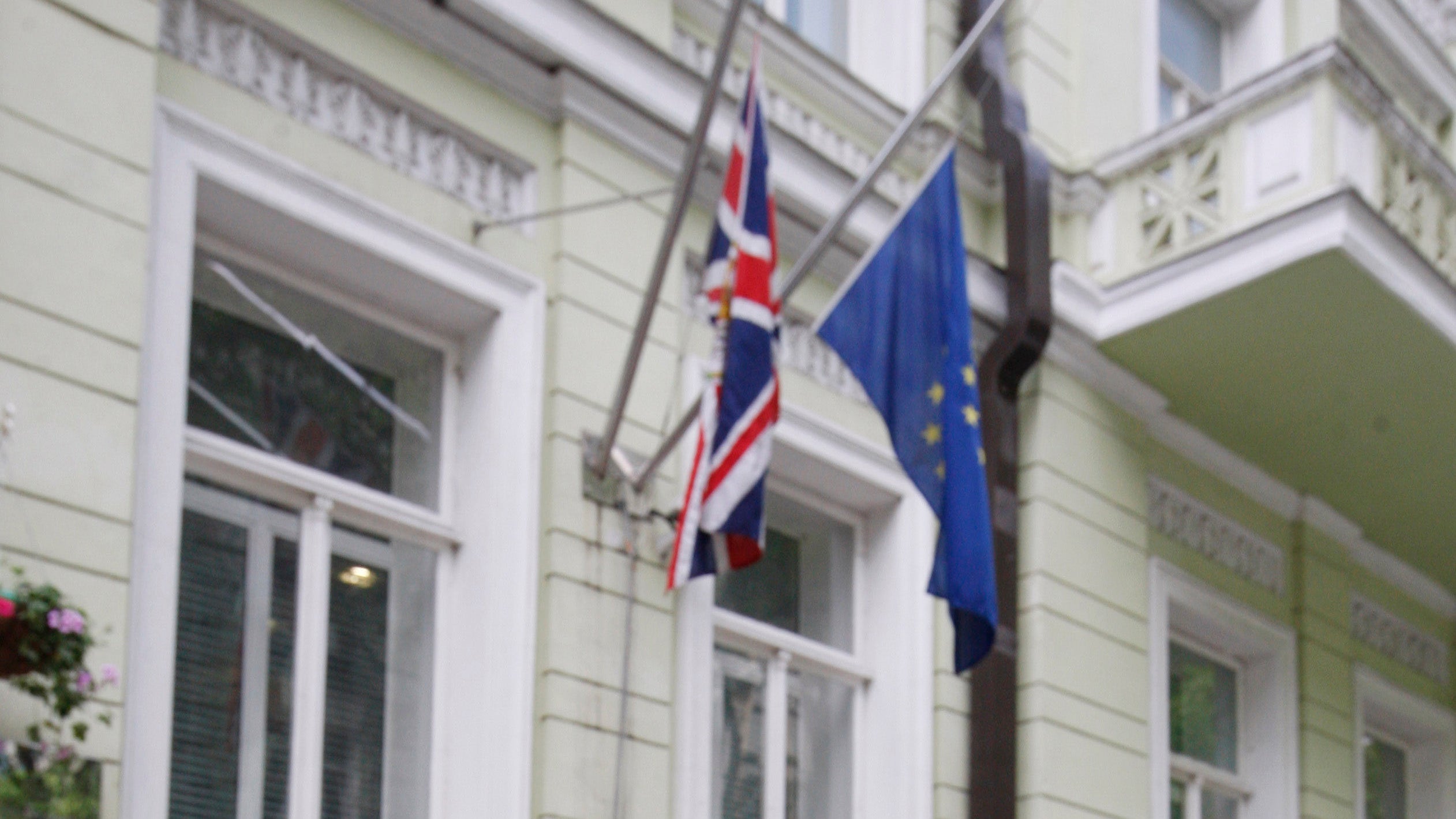 The British Embassy in Ukraine announced Monday that it will withdraw some staffers from Kyiv in response to the growing threat from Russia—just a day after U.S. officials told Fox News that the State Department ordered families of U.S. Embassy personnel in the city to begin evacuating.

Melinda Simmons, the British ambassador to Ukraine, followed posted on Twitter that the embassy is open and “we will be continuing with our work alongside [Ukrainian flag] partners.”

BLINKEN DODGES QUESTION ON SENDING US TROOPS TO UKRAINE

Russia has insisted that it has no intention to invade its neighbor, but its recent actions could suggest otherwise. Russian troops have been deployed to the eastern border with Ukraine and tensions were not eased after talks Friday between Secretary of State Antony Blinken and Russian Foreign Minister Sergey Lavrov in Geneva.

GET THE FOX NEWS APP

Russia wants concrete assurances that NATO will not continue to expand because Moscow sees that expansion as a security risk. NATO has said the demands are unacceptable and that joining the alliance is a right of any country and does not threaten Russia.

The Associated Press contributed to this report

reliance industries share price: Analysts upbeat on RIL stock but this one factor is worrying them