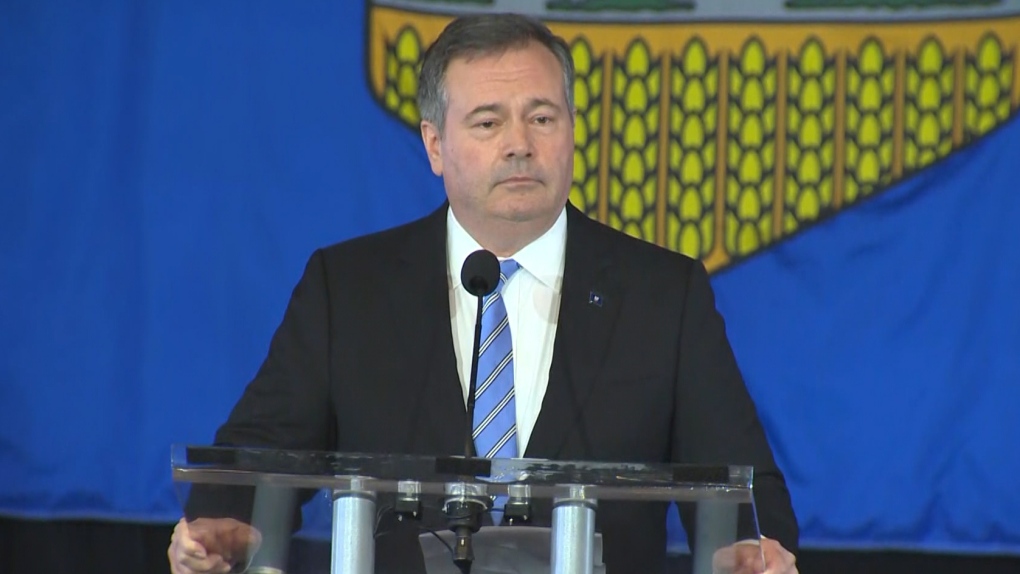 
Jason Kenney stepped down as leader of his party, and premier of Alberta, Wednesday night after receiving a slight majority of support in his United Conservative Party leadership review.


“While 51 per cent of the vote passes the constitutional threshold of a majority, it clearly is not adequate support to continue on as leader,” Kenney told a crowd gathered at Spruce Meadows in Calgary.


“I’m sorry, but friends, I truly believe that we need to move forward united. We need to put the past behind us, and a large number of our members have asked for an opportunity to clear the air through a leadership election.”


Kenney congratulated his party on a balanced budget and said he delivered on 90 per cent of his promises as premier.


The party announced the results at 6:30 p.m. during a virtual address streamed on the UCP website.


Exactly 34,298 members voted, party officials said, in a mail-in ballot process that began on April 9 as part of a virtual Special General Meeting.


Ballots were sent to nearly 60,000 eligible party members with the simple question: “Do you approve of the current leader? Yes or No?”


UCP officials said more than 14,000 people tuned in to a livestream of the vote verification, amid concerns surrounding legitimacy.


Some, including sitting UCP MLAs, have complained about the process and cast doubts about whether or not the vote will be fair.


Kenney’s 2017 leadership victory over rival Brian Jean is still being probed by the RCMP.


Kenney set his goal at 50 per cent, plus one, to stay on as leader.


According to the party’s bylaws, he could have kept the job with a simple majority.

Classic awaits as modern-day heavyweights Geelong and the…