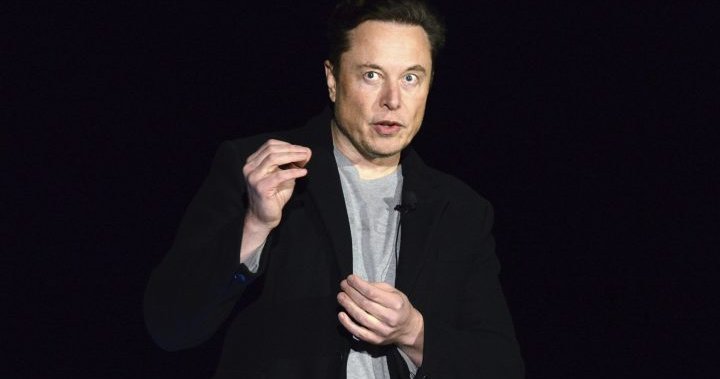 A federal judge in California has rejected a request from shareholders in a lawsuit to force Elon Musk stop talking about his 2018 tweets in which he said he had the funding to make Tesla a private company.

The ruling by U.S. District Judge Edward Chen Wednesday came just hours after the Tesla CEO’s lawyer filed a document in the case saying that a gag order would trample on Musk’s free speech rights.

Lawyers for the shareholders have argued that Musk is trying to influence potential jurors before the lawsuit comes to trial on Jan. 17, 2023. The lawsuit contends that the CEO’s August 2018 tweets were written to manipulate Tesla’s stock price, costing shareholders money.

Chen confirmed in an order Wednesday that he has ruled that Musk’s 2018 tweets about having the money to make Tesla private at $420 per share were false.

But he wrote that one of the shareholders who pursued the gag order in the class-action lawsuit failed to prove his case. Chen wrote that the trial has been rescheduled for early next year, and that publicity during or just before a trial is a larger concern. He also wrote that the jury would be drawn from a large metro area, and that Musk’s comments are consistent with public positions in another related court case.

Lawyers for the plaintiffs also argued that Musk violated an October 2018, court settlement with U.S. securities regulators. Musk signed the agreement to pay a $20 million fine and not make any statements denying the securities fraud allegations. Musk is challenging the agreement, saying it is unconstitutional.

The ruling comes about a week after Musk, the world’s richest person, made a controversial offer to take over Twitter and turn it into a private company with a $43 billion offer that equals $54.20 per share. Twitter’s board on Friday adopted a “poison pill” strategy that would make it prohibitively expensive for Musk to buy the shares.

At issue is Musk’s April 14 interview at the TED 2022 conference, where he said that he did have funding secured to take Tesla private in 2018. He called the Securities and Exchange Commission a profane name and said he only settled the case because bankers told him they would stop providing capital if he didn’t, and the Austin, Texas-based Tesla would have gone bankrupt.

Lawyers for the shareholders say Musk’s comments in the interview were an “unsubtle attempt to absolve himself in the court of public opinion” over misrepresentations made with his Aug. 7, 2018 tweets.

But Musk attorney Alex Spiro wrote in his response that the shareholders didn’t show that Musk’s speech presented a “clear and discernable danger” that the whole community would be corrupted by pretrial publicity, or that finding 12 objective jurors would be impossible.

His motion says that Musk is in the middle of a public offer to take over Twitter, which has led to debate over censorship. Reporters, he wrote, have compared this to Musk’s previous statements about taking Tesla private.

During the TED interview, Musk was asked if funding was secured for the Twitter deal, a reference to the 2018 Tesla tweets. “Mr. Musk should be permitted to respond meaningfully and truthfully to inquiries such as this, and not be compelled to remain silent,” Spiro wrote.

If Musk violated the SEC agreement, the agency can ask a judge to scrap it and restore the securities fraud complaint. The SEC wouldn’t comment.

Denial of responsibility! Verve Times is an automatic aggregator of the all world’s media. In each content, the hyperlink to the primary source is specified. All trademarks belong to their rightful owners, all materials to their authors. If you are the owner of the content and do not want us to publish your materials, please contact us by email – [email protected]. The content will be deleted within 24 hours.
Elon MuskElon Musk gag orderElon Musk lawsuitelon musk tweetselon musk twitterfree speechGag OrderMoney
0
Share FacebookTwitterGoogle+ReddItWhatsAppPinterestEmail

GERD diet: The best and worst foods for acid reflux