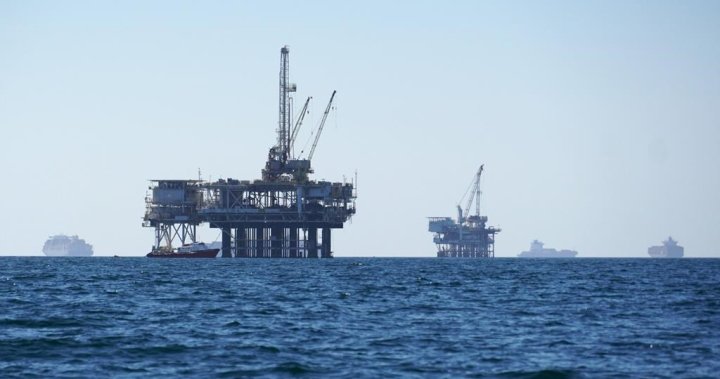 The U.S. Department of the Interior said Monday that it wants to reverse some Trump administration rollbacks of offshore safety rules to prevent blowouts like the BP catastrophe that killed 11 people and fouled the Gulf of Mexico in 2010.

“This proposed rulemaking will help ensure that offshore energy development utilizes the latest science and technology to keep people safe,” Interior Secretary Deb Haaland said in a news release. “As our nation transitions to a clean energy economy, we must commit to strengthening and modernizing offshore energy standards and oversight.”

The changes are a step in the right direction but not far enough, said Diane Hoskins of the ocean environmental nonprofit Oceana.

“No operator can promise there won’t be another disaster like BP’s Deepwater Horizon blowout. The only way to prevent offshore drilling disasters is to permanently protect our coasts and workers from new offshore leasing,” she said in an emailed staatement.

Under Trump, the Bureau of Safety and Environmental Enforcement acted in 2019 to change rules put in place three years earlier while Barak Obama was president.

The agency is proposing to change seven out of the scores of revisions and additions made in 2010, director Kevin M. Sligh Sr. said during a phone news conference with Haaland.

He said one would require the bureau to accredit independent agencies that inspect offshore rigs and equipment.

Another would require blowout preventers — the equipment that failed in 2010 — to always be able to handle the well’s maximum gas flow specifications.

Others would require operators to send failure data to the federal offshore safety agency rather than to designated third parties, and would cut a month off the time allowed to begin failure analyses and investigations, allowing three months rather than four.

“The 2019 revisions to the Well Control Rule addressed technical problems and cleared up ambiguity,” changing 68 of the original rule’s 342 provisions, said Erik Milito, president of the National Ocean Industries Association, which represents oil and gas companies. “Any further updates … should follow a similar tailored approach.”

Environmental groups sued in 2019, claiming the changes would make oil and gas exploration and development off the Pacific, Atlantic, Alaska, and Gulf coasts “significantly more dangerous.”

“We are still reviewing the proposed rule to determine the best way forward with the lawsuit,” said Chris Eaton, senior attorney at Earthjustice, which filed the lawsuit.

Denial of responsibility! Verve Times is an automatic aggregator of the all world’s media. In each content, the hyperlink to the primary source is specified. All trademarks belong to their rightful owners, all materials to their authors. If you are the owner of the content and do not want us to publish your materials, please contact us by email – [email protected]. The content will be deleted within 24 hours.
Donald TrumpEnergyEnvironmentOffshoreoffshore energy developmentstrumpU.S.U.S. offshore energy
0
Share FacebookTwitterGoogle+ReddItWhatsAppPinterestEmail