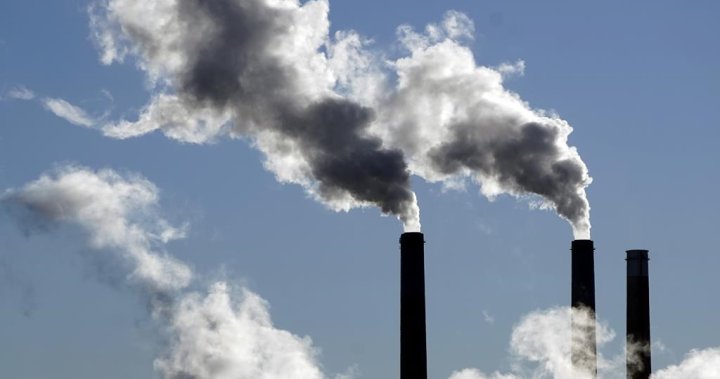 China‘s decision to halt bilateral talks on climate change with the United States has cast a cloud of doubt over whether the world can rally enough ambition to address global warming in time to avert its worst impacts.

Tackling climate change has been a key area of cooperation between the two superpowers and two biggest emitters of greenhouse gas emissions.

But China has suspended talks on the issue less than 100 days before the next landmark international climate summit, COP27, as part of its escalating retaliation over U.S. House of Representatives Speaker Nancy Pelosi’s visit to Taiwan.

“No country should withhold progress on existential transnational issues because of bilateral differences,” said John Kerry, the former U.S. Secretary of State, who is currently the Biden administration’s top climate diplomat.

Over the last few years, climate change has remained an open avenue for cooperation between the United States and China even as tensions have escalated on other issues like human rights, forced labor, Hong Kong and Taiwan sovereignty, and trade.

U.S. and Chinese officials had started to ramp up engagement on climate issues in the lead-up to the COP27 United Nations climate summit, which takes place in Egypt in November.

Pelosi’s brief visit this week to self-ruled Taiwan, which China claims as its own, infuriated Beijing and triggered Chinese military drills on an unprecedented scale in the seas and air around the island.

Previous bilateral engagement on climate change between the two countries helped pave the way for the Paris Climate Agreement in 2015, and reignited flailing international climate negotiation in Glasgow in 2021.

With the pivotal climate summit on the horizon and countries backsliding on the emission reduction pledges they made in Glasgow, a lack of engagement between the superpowers could upend negotiations and sap ambition among other countries, analysts said.

“The fear is that the U.S.-China tension can become an excuse for those countries that are unwilling to step up,” said Bernice Lee, executive director of the Centre for Sustainable Resource Economy at Chatham House.

“It is definitely important that the international community — especially vulnerable developing countries – continue making sure that large emitters continue to deliver what they promised,” she said.

John Kerry, the U.S. Special Envoy on Climate Change, often repeated that the U.S. and China could isolate climate change as an area for joint discussion given its global importance without getting entangled in other complex issues.

“By letting geopolitics now be the tail that wags the climate dog, it represents a shift in Beijing’s approach — from seeing the merits of allowing climate to be a standalone ‘oasis’ in the relationship to instead succumbing to those thinking purely through a geopolitical prism,” said Thom Woodroofe, a fellow at the Asia Society Policy Institute.

Domestic pressure may force China to continue to address some of its emissions despite the diplomatic chill. China may forge ahead, for example, with a plan to slash its methane, analysts said. Much of its methane emissions derive from coal mines in the huge producer nation.

“There’s a huge effort right now by policymakers in China to come up with a domestic plan to curb methane emissions,” said Joanna Lewis, professor of energy and environment at Georgetown University. “Even if international engagement on this topic comes to a pause, this domestic war on methane is not going to come to a halt because it is very much part of China’s strategic plan to control emissions.”

Other observers say the pause in negotiations may only be temporary and that the U.S. and China have still joined forces even amid years of changing relations.

“This has always been an up-and-down relationship,” said Alden Meyer, a senior associate of consultancy E3G. “I think the question here is this a short term tactical move by Beijing to try to get Washington’s attention or is this part of bigger, longer term strategic adjustment by China?”

(Reporting By Valerie Volcovici; additional reporting by Michelle Nichols at the United Nations; Editing by Doina Chiacu and Alistair Bell)

Denial of responsibility! Verve Times is an automatic aggregator of the all world’s media. In each content, the hyperlink to the primary source is specified. All trademarks belong to their rightful owners, all materials to their authors. If you are the owner of the content and do not want us to publish your materials, please contact us by email – [email protected]. The content will be deleted within 24 hours.
ChinaChina United Stateschina us relationsClimate ChangeNancy PelosiTaiwanunited statesunited states-china
0
Share FacebookTwitterGoogle+ReddItWhatsAppPinterestEmail

Apple AirTag Tracks Down Baggage Handler Who Stole Over…