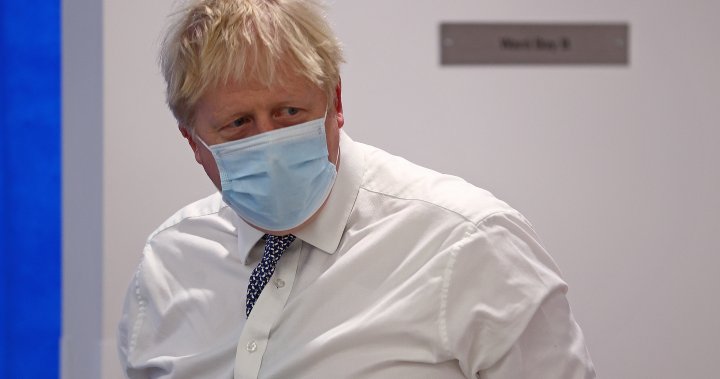 British Prime Minister Boris Johnson said Wednesday that laws requiring people in England with COVID-19 to self-isolate could be lifted by the end of the month, bringing an end to all domestic coronavirus restrictions.

“Provided the current encouraging trends in the data continue, it is my expectation that we will be able to end the last domestic restrictions _- including the legal requirement to self-isolate if you test positive -_ a full month early,” Johnson told Parliament.

People who test positive now have to isolate for five full days. That rule is to expire on March 24.

Johnson added he plans to present his plan for living with the virus when Parliament returns from a short break on Feb. 21.

Johnson’s Conservative government dropped most remaining COVID-19 restrictions last month. Face masks are no longer mandatory anywhere in England, except on London’s public transport network. Virus passports for gaining entry to nightclubs and large-scale events were scrapped, as was the official advice to work from home.

Officials have said the government plans to switch from legal restrictions to advisory measures and treat the coronavirus more like the flu as it becomes endemic in the country.

The U.K. has seen a drop in both new infections and COVID-19 patients admitted to hospitals since early January, when the highly transmissible omicron variant drove daily caseloads to more than 200,000 a day.

Current infections average at around 64,000 daily _ the lowest recorded since mid-December _ with 314 deaths reported on Tuesday.

Officials have credited the government’s booster jab program with preventing the surge of omicron cases from causing serious stress to U.K. hospitals. In Britain, 65.4% of those 12 and over have had a booster vaccine, and 84.5% have been fully vaccinated.

Beginning Friday, the rules for people travelling to the U.K. will also be relaxed. Fully vaccinated travelers will no longer need to take any coronavirus tests before or after arrival, and those who are not fully jabbed won’t have to isolate, although they need to take tests.

Some scientists greeted Wednesday’s news with caution. Simon Clarke, a professor in microbiology at the University of Reading, said ending the self-isolation rule will be “an experiment which will either be shown to be very brave or very stupid.”

“Omicron may be on the wane in Europe but other parts of the world are still in the full flush of a surge in infections. In such circumstances, as we have seen before, the virus is in the best possible position to mutate again, and there is absolutely no certainty that any new variant would be less dangerous,” he said.

Britain still has the second-highest virus death toll in Europe after Russia, with over 159,000 dead in total.

Denial of responsibility! Verve Times is an automatic aggregator of the all world’s media. In each content, the hyperlink to the primary source is specified. All trademarks belong to their rightful owners, all materials to their authors. If you are the owner of the content and do not want us to publish your materials, please contact us by email – [email protected]. The content will be deleted within 24 hours.
Borisboris johnsonboris johnson newsCOVIDcovid isolation rulescovid isolation rules UKcovid restrictions eased ukcovid-19 restrictions
0
Share FacebookTwitterGoogle+ReddItWhatsAppPinterestEmail

My partner is going to start chemotherapy. I feel very lonely. Should I tell him? | Life and style

Discovery: No US challenge to $43B WarnerMedia deal