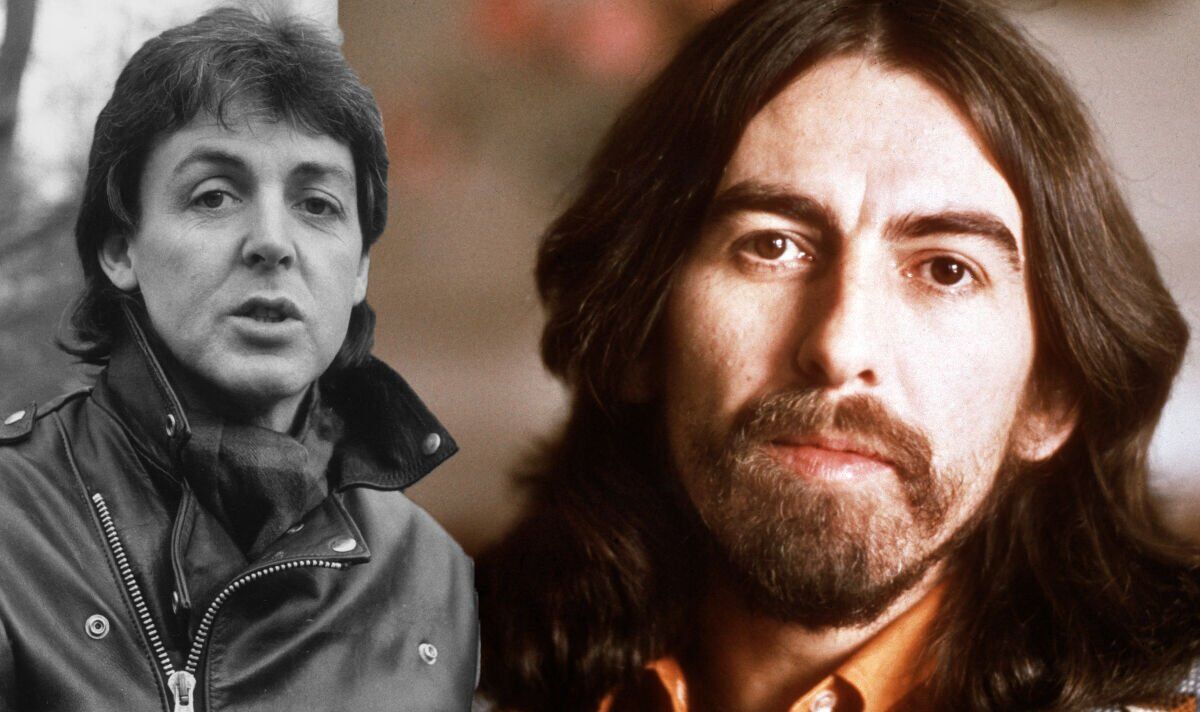 The Beatles spent an extraordinary amount of time with one another, from their early days playing the Cavern Club in Liverpool to touring the world as the most famous band on the planet. Throughout these years, whether it was on tour or in recording studios, they were living in one another’s pockets. And while the Fab Four came to an end in 1970 after a huge blowout that erupted from some personal feuds between the singers, things started to heat up back as early as 1962.

Ringo Starr recalled how Paul McCartney – more than anyone else – was at the centre of one argument that left the band squabbling for hours.

Starr recalled that the band were driving hours at a time in their early days of fame. The Fab Four were in extremely close quarters, stuffed in a van with their musical equipment while travelling cross-country.

He noted how, on one occasion, George Harrison made a point to stand up to McCartney when they took a break.

Starr said: “In 1962, we’re travelling around the country in this van. It’s the four of us. One day, we stopped at this cafe somewhere in England. George got in the driver’s seat; he wanted to drive, just to break the monotony.”

McCartney had the car keys, and would not buckle to Harrison’s whims. He planted his feet and started a bitter argument that left the rest of the band waiting around for hours.

McCartney and Harrison bickered over who should be at the helm of the car, Starr recalled. He said: “We hung out for two hours while they discussed it.”

The drummer didn’t reveal how the argument ended, but this certainly not be the final time Harrison and McCartney battled one another during their time in the band.

During the production of The Beatles’ final album, Let It Be, Harrison got extremely frustrated while working with McCartney.

Harrison noted that it would be “very difficult to get in on the act” when working with McCartney.

“Paul was very pushy in that respect,” he went on. “When he succumbed to playing on one of your tunes, he’d always do good. But you’d have to do fifty-nine of Paul’s songs before he’d even listen to one of yours. So, in that respect, it would be very difficult to ever play with him. But, you know, we’re cool as far as being pals goes.”

Years later, after a feud between the pair was being heavily reported on, Harrison made an affectionate statement about his pal and longtime bandmate.

He gushed: “Actually, I love Paul, he’s my mate, and it doesn’t matter what they say in the papers, they’re not gonna get much mileage out of that one.”

The same could not always be said for Harrison’s relationship with Lennon, however. One of their altercations became so heated that they “came to blows”.

Another disagreement during the recording of Let It BE left Harrison and Lennon at one another’s throats. What ensued was a “legitimate fistfight” between the two musicians, according to Philip Norman, The Beatles’ photographer.

He noted that it was “completely hushed up” at the time by The Beatles’ bosses and their publicity team.