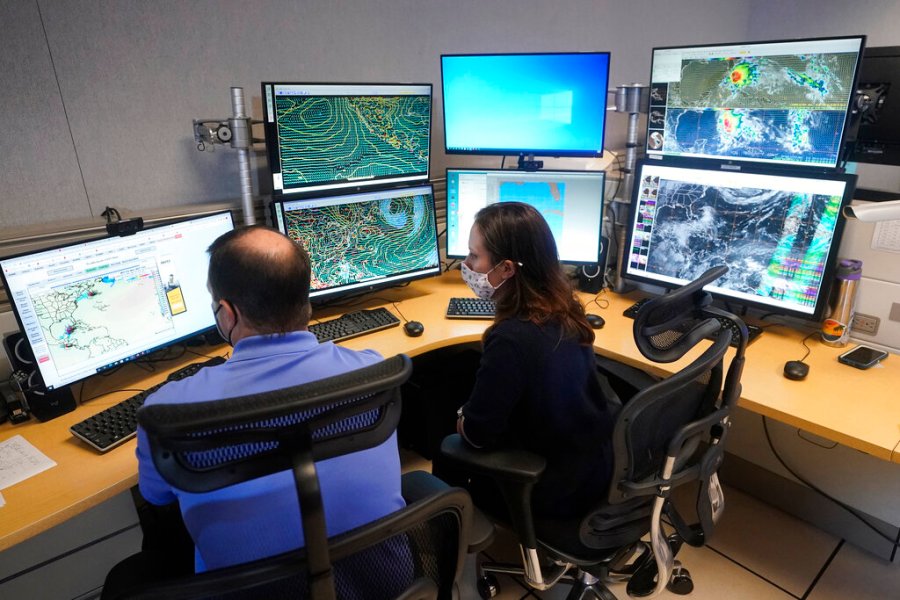 (NewsNation) — Tropical storm watches have been posted for south Florida as what is expected to become Tropical Storm Alex later today gains strength over the warm Gulf of Mexico waters.

Currently, the storm is positioned 400 miles southwest of Fort Myers, Florida, with bands of rain from the poorly organized system already meandering across Cuba and central and south Florida. Maximum sustained winds were 35 mph.

The storm, which began as a cluster of thunderstorms off Mexico’s Yucatan peninsula that were the remnants of Pacific Hurricane Agatha, is expected to track west across Cuba and south Florida, bringing torrential rains. In Cuba, rainfall amounts of 4-8 inches are expected, with similar totals from the Florida Keys into central Florida. Isolated flooding is expected and some areas may see as much as 10 inches of rain, according to the National Hurricane Center.

“Heavy rains will begin to affect South Florida and the Keys Friday and continue through Saturday,” the Hurricane Center said in an online post. Also predicted is storm surge and flooding, the severity of which depends on the timing of tides.

As the storm strengthens into a tropical storm, winds of 40-60 mph will be common close to the storm’s center, with higher gusts in any spinoff thunderstorms.

The current National Weather Service forecast map puts tropical storm-force winds just off the west coast of Florida at 2 a.m. Saturday, with the storm pushing offshore and into the Atlantic by 8 a.m.

Marine warnings are posted in the Gulf of Mexico and Caribbean, cautioning mariners to avoid the storm and small craft to stay in port. As of yet, no closings have been announced of oil rigs in the Gulf of Mexico. Rig closures are a concern, as any widespread closures can drive oil prices higher and lead to more pain at the pump.

Chances of the storm strengthening into a hurricane are currently low, given the early season and the direction in which it’s moving. Once it moves off the Florida coast, it will become what’s known as a “fish storm,” not endangering any major landmasses and of concern only to maritime interests.

Vivica A. Fox Unloads On Jada Pinkett Smith For ‘No Accountability’ In Slap

BMW i4 review: better than expected

Electric Vehicles Cut US Gas Consumption by a Measly 0.54%

Three Lions has been sung wrong for years – these are…