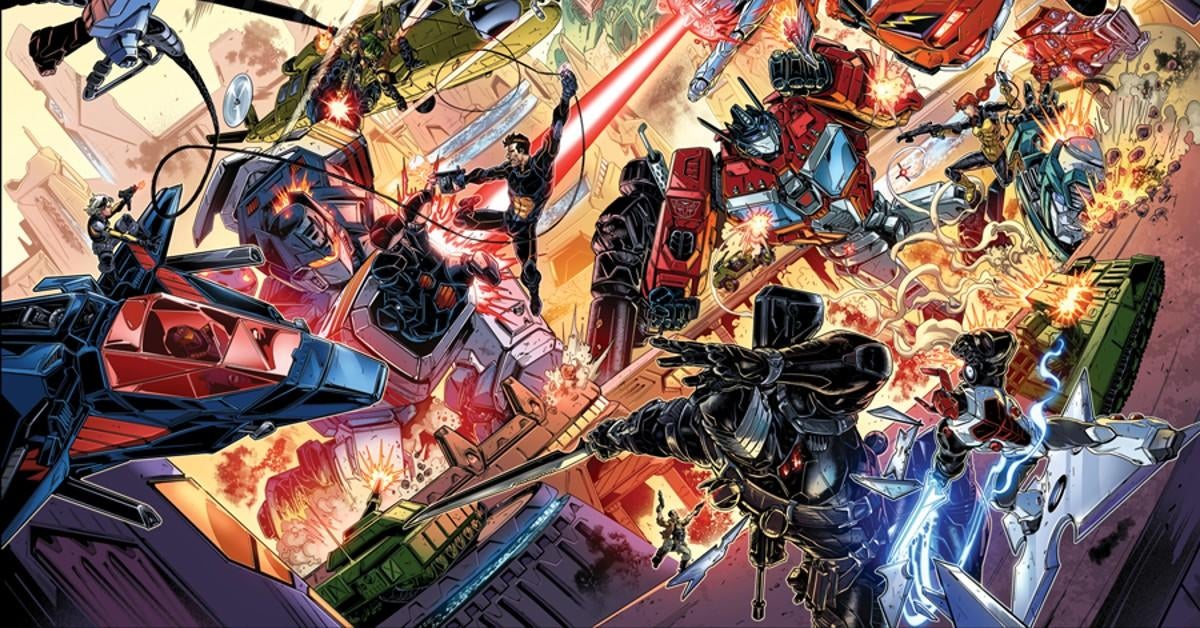 The comic book licenses for G.I. Joe and Transformers will be departing IDW Publishing at the end of 2022. The popular Hasbro properties have called IDW home for over a decade, but the end of the year will see them moving on to another publisher, according to The Hollywood Reporter. While it is currently unknown which publisher will begin publishing new G.I. Joe and Transformers comics post-2022, there are rumors dating back to December 2021 that Robert Kirkman’s Skybound is in talks to land the coveted Hasbro properties. However, other Hasbro comics from My Little Pony and Dungeons & Dragons will remain at IDW for the foreseeable future.

“At the end of 2022, IDW will bid a fond farewell to the publication of G.I. Joe and Transformers comic books and graphic novels,” a statement from IDW provided to THR reads. “We’re exceedingly proud of our stewardship of these titles – 17 years with the Robots in Disguise and 14 years with A Real American Hero – and thank the legion of fans for their unwavering support, month in and month out. We’re also eternally grateful to every one of the talented creators who helped bring these characters to four-color life through our comics.”

IDW still has a lot of comics and events centered on the two franchises before the year wraps up. Legendary creator Larry Hama returns to G.I. Joe for the 300th issue of G.I. JOE: A Real American Hero. A visit back to the beloved ’80s cartoon will take place this spring in the four-issue G.I. JOE: A Real American Hero – Saturday Morning Adventures miniseries. IDW also has secret plans to celebrate the 40th anniversary of G.I. Joe this year.

As for Transformers, all of its series will wind down this summer as well, including the main series and Transformers: Beast Wars. Two event series will follow, along with special projects to commemorate all of Transformers‘ most memorable Autobots and Decepticons.

IDW has slowly been losing licenses over the last few years. The publisher has reportedly lost its all-ages Star Wars and Marvel comics, with sources stating Hasbro isn’t happy with IDW’s output. If Skybound were to acquire Transformers and G.I. Joe, they would join Skybound’s growing roster of licensed products, including Summoners War — based on the popular mobile video game — Trover Saves the Universe, and LEGO.

What do you make of G.I. Joe and Transformers saying goodbye to IDW Publishing later this year? Let us know your thoughts in the comments!

Denial of responsibility! Verve Times is an automatic aggregator of the all world’s media. In each content, the hyperlink to the primary source is specified. All trademarks belong to their rightful owners, all materials to their authors. If you are the owner of the content and do not want us to publish your materials, please contact us by email – [email protected]. The content will be deleted within 24 hours.
G.I. JoeIDW PublishingRobert KirkmanSkyboundTransformers
0
Share FacebookTwitterGoogle+ReddItWhatsAppPinterestEmail

Bill 96: Feds to ‘wait and see’ how legislation…