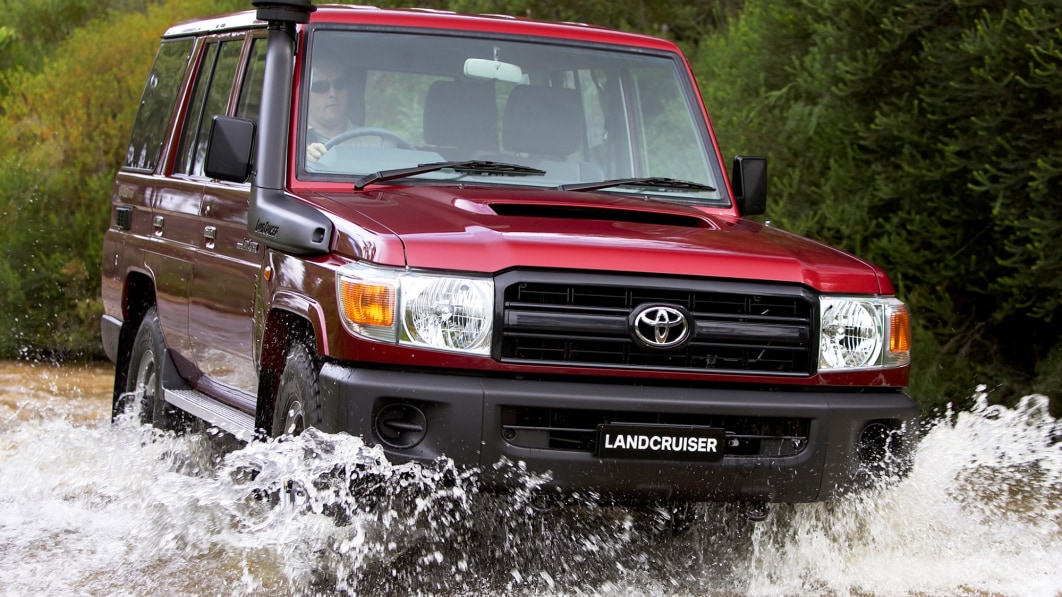 Australian motorists who want to explore the great outdoors in a new Toyota Land Cruiser have three options to choose from. One is the 70-Series model introduced in 1984. It’s still being built, it’s relatively popular Down Under, and it’s about to receive a series of updates in order to keep going.

New safety regulations are at the root of the looming changes, according to Australian website Motoring. Starting in November 2022, all new cars sold in Australia will need to comply with stricter pole side impact rules, and getting older models to pass is easier said than done. Lexus will notably retire its CT and RC models to avoid having to make expensive modifications. Toyota’s 70-Series is in a different position: Although it’s 37 years old, it’s hugely popular in Australia (about 10,000 units were sold in 2020 and annual sales are on track for a 10% increase in 2021) so the business case for relatively expensive structural changes is an easy one to make.

There are two paths the company can take. First, the safety improvements introduced on the single-cab model in 2016 (including a stronger frame and side curtain airbags) could trickle down to the people-carrying variants. Second, Toyota could increase the model’s gross vehicle mass (GVM) to make it exempt from the new norms. It would be classified as a medium goods vehicle rather than as a light goods vehicle, according to Motoring.

Regardless, some things won’t change. Nothing suggests Toyota will mimic Land Rover and Mercedes-Benz by moving the Land Cruiser into luxury territory. There’s a new full-size model for buyers seeking leather, big screens, adaptive-this and connected-that. Motoring added the SUV will keep its 4.5-liter turbodiesel V8 instead of adopting Toyota’s newer V6. It’s a gem of an engine that reliably develops 202 horsepower and 317 pound-feet of torque. It spins the four wheels via a five-speed manual transmission. It averages about 22 miles per gallon, according to Toyota, and some body styles are available with a 47.5-gallon fuel tank that unlocks 1,000-plus miles of range.

Details about the next evolution of the 70-Series Land Cruiser will be released in the coming months. While it looks set to celebrate its 40th birthday in style, it’s not the oldest off-roader still available new. That honor goes to the Lada Niva, which was introduced in 1977 and has been in continuous production since. It has been updated several times over the course of its unusually long life cycle but the end its near: its replacement has already been announced.

Heart of the Matter Documentary

2022 Lotus Emira packages and colors detailed along with European pricing

The latest Apple TV 4K is $30 off through Apple’s…