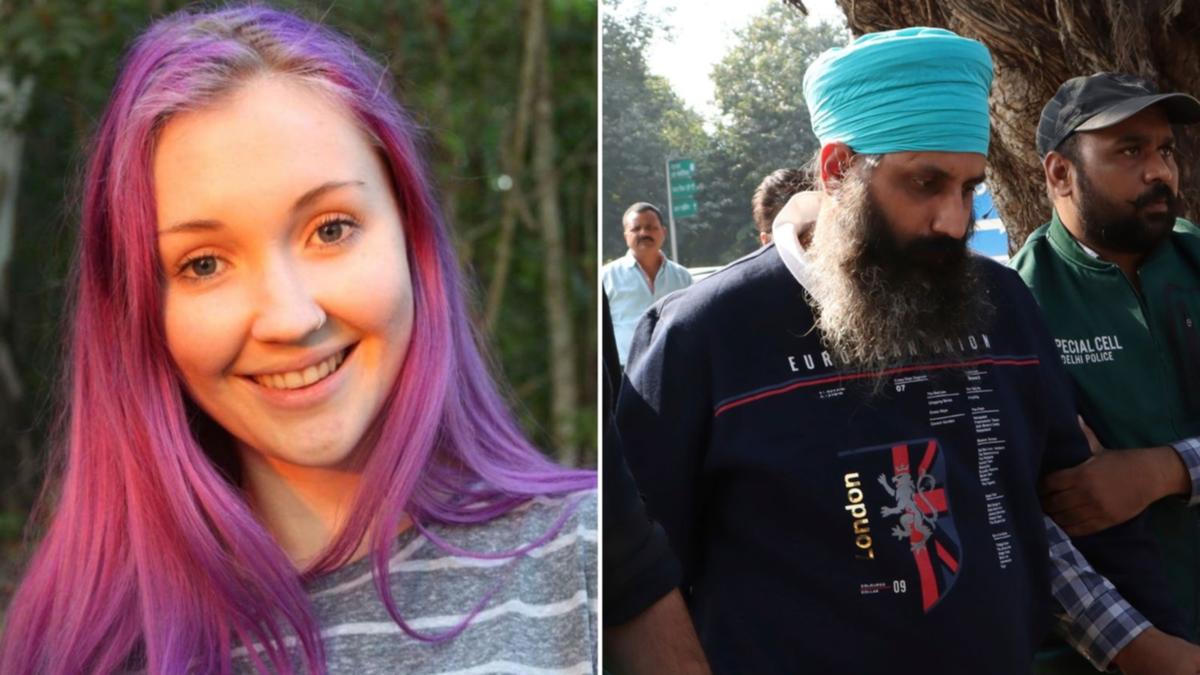 The Indian public prosecutor handling the case of a man accused of killing 24-year-old Australian Toyah Cordingley on a Queensland beach in 2018 says authorities will pursue extradition proceedings against him with “maximum speed”.

Delhi police arrested Rajwinder Singh, an Australian citizen of Indian origin, on the national capital’s outskirts last Friday after the Queensland government announced earlier this month a record $1 million reward for his capture.

Watch the latest news and stream for free on 7plus >>

Singh, who was remanded in judicial custody for five days, was due to appear in a Delhi magistrate’s court on Wednesday for a hearing on Australia’s bid to extradite him to stand trial for Cordingley’s murder.

“We will seek to ensure this case proceeds with maximum speed,” he said.

Australian police suspect Singh stabbed Cordingley to death on Wangetti Beach, north of Cairns, as she took a morning walk with her dog.

Singh boarded a flight to India, leaving his wife and three children, a day after Cordingley was reported missing.

Cordingley’s father found the body of his daughter, who worked in a pharmacy, half-buried in the sand.

The dog was tied up, unharmed, to a tree.

Local Indian media report Singh allegedly told Delhi police he got into an argument with Cordingley because her dog barked at him.

The prosecution is “very focused on this case,” Digpaul said. But Singh “will have the right to appeal,” he added.

Legal experts have raised concerns that Singh’s extradition process could drag on for years as India’s justice system is notoriously slow-moving with millions of pending cases.

Australia asked for Singh’s extradition to stand trial for murder in March 2021.

But Singh, who was clean-shaven when in Australia, grew a beard and donned a turban in India to disguise himself and constantly shifted locations to evade arrest.

After announcing the reward along with a WhatsApp contact number, Australian police said they got a number of tips from India on Singh’s whereabouts.

Digpaul said “all the case documents and the extradition request have been filed with the court” and the accused’s lawyers also now have the documents.

The prosecutor said Singh will hear the allegations that he “carried out an offence of murder” in Australia and could take “some days”.

Singh’s counsel “will have the right to cross-examine,” Digpaul added.

Singh – who is being held in Tihar Jail, South Asia’s biggest prison – will have the right to appeal to the Delhi High Court if the magistrate rules against him.

“We will make all efforts to ensure that the matter is concluded as quickly as possible,” Digpaul said.

Meanwhile, Queensland authorities are confident their relationship with Indian law enforcement and a strong case will mean a smooth extradition.

Queensland Police Commissioner Katarina Carroll said a lot of work had already gone on behind the scenes and she was confident the extradition process would go “very, very well”.

“We’ve been working with Indian police for a considerable amount of time … there is an excellent brief in place and the relationship has been extraordinarily strong,” she said.

Carroll said a $1 million reward offered for information leading to Singh’s arrest could still be paid out.

“Certainly, if the information came through within the criteria that was given out for that reward … (the) government and myself would be very, very happy that it goes to the right people.”

Queensland Police Minister Mark Ryan said a strong brief of evidence was needed to get approval from the federal attorney-general for the extradition request.

“I’m hopeful that the Indian court process is as expeditious as possible because of that very good brief of evidence,” he said.

Helicopter crashes into roof of house in Melbourne’s southeast

Denial of responsibility! Verve Times is an automatic aggregator of the all world’s media. In each content, the hyperlink to the primary source is specified. All trademarks belong to their rightful owners, all materials to their authors. If you are the owner of the content and do not want us to publish your materials, please contact us by email – [email protected]. The content will be deleted within 24 hours.
CairnsCourts & JusticeCrimeIndiaNewsQueensland NewsWorld News
0
Share FacebookTwitterGoogle+ReddItWhatsAppPinterestEmail