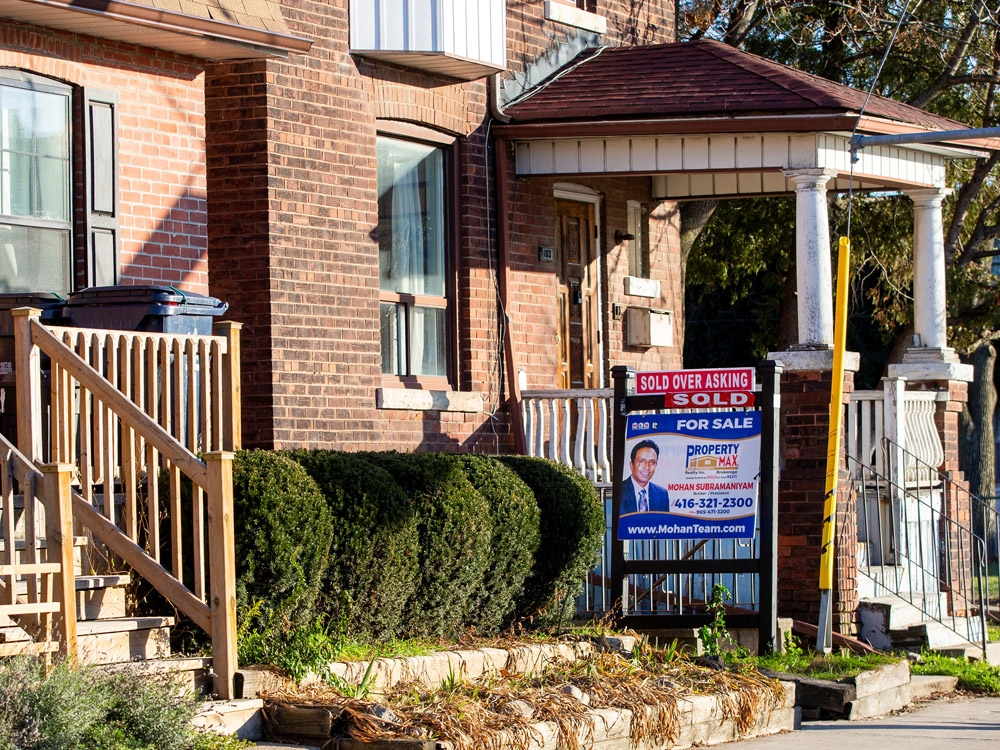 TORONTO — Toronto home prices are falling, but not everywhere.

The median home price in the greater Toronto area has slipped 8.9% in the last two months under the weight of back-to-back Bank of Canada rate hikes. This followed a 54.5% surge in two years to a record median home price of $1.2 million in February.

Those pandemic gains propelled Toronto into the No. 2 spot on the UBS real estate bubble index.

But the declines are masking the resilience of Toronto’s core, where the median price has not fallen but rather climbed 5.2% from February to April.

The rapid price declines in Toronto’s suburbs and relative strength of the city core may be a preview of how a potential correction could play out across Canada. Smaller cities where prices jumped the most are at greater risk of steep declines than major urban centres like Montreal and Vancouver.

Prices in Toronto’s core, which is dominated by condos, rose by a far more subdued margin than the city’s suburbs during the pandemic, leaving the area less vulnerable to a correction. And, as the pandemic ebbs and companies call remote workers back to offices, many who moved are rethinking the wisdom of living further afield.

The Durham region and Simcoe County on Toronto’s outskirts, where prices skyrocketed more than 85% during the pandemic as white-collar workers arrived in droves, have seen prices fall by 15% in two months. Active listings in the Toronto metropolitan area excluding the city’s core have nearly quadrupled from the beginning of the year. Some home buyers miss the convenience and lifestyle of living downtown.

“Their friends and their hangout spots aren’t really in those suburban areas. So they’re all trying to kind of migrate a little bit further down south again,” said Tim Keung, chief executive of TimSold Real Estate, which specializes in Toronto’s northern suburbs and beyond.

That reverse migration has helped buoy demand for condominiums and higher-density homes in central Toronto.

“I’m working with people who moved out of the city in 2020, and they now want to have a small condo in the city because their workplace that promised they can be remote forever is now saying, ‘You have to be in the office two to three days a week,’” said Toronto realtor Lisa Bednarski at BSpoke Realty.

To be sure, Toronto’s core is slowing as well. The average days on market for a property edged up to 15 in April from 13 in February, with active listings up 69.9%. And the median price levelled off in April from March.

“The demand fever in Canadian housing has broken,” Robert Kavcic, senior economist at BMO Economics, said in a note. “Ontario markets are weakening most and fastest, especially further outside the core of Toronto.”

With Roe in doubt, some fear tech surveillance of pregnancy

Russia and China condemn NATO as alliance warns of myriad…

Roe v. Wade overturning: How it could affect IVFs

The Steam Deck’s best button is its software