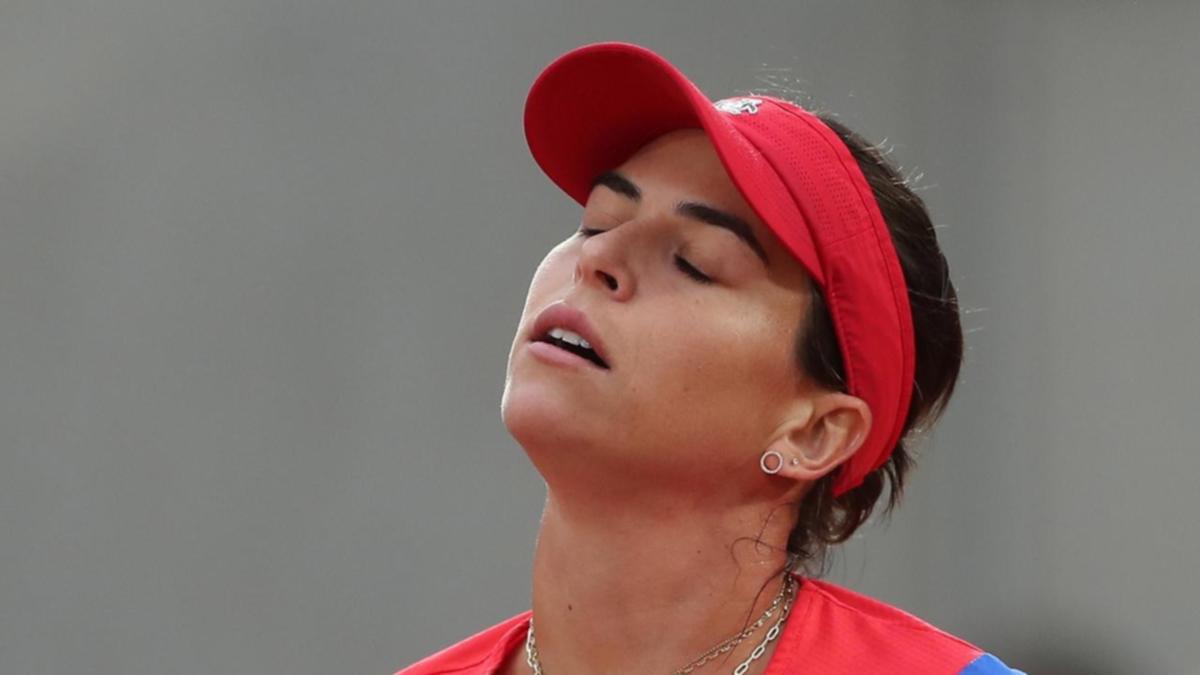 Australian No.1 Ajla Tomljanovic has bowed out of the French Open looking the picture of frustration after failing to cash in on one of the best wins of her career.

Tomljanovic was on a high after defeating No.5 seed Anett Kontaveit on Monday, but deflation quickly followed as she ran into young Russian Varvara Gracheva, who won a battle of wills to defeat her far more experienced opponent 6-4 6-7 (5-7) 7-5.

The 21-year-old had also come through 7-5 in the final set in a similar see-saw duel with another Australian Astra Sharma in Sunday’s opening round.

In tough, blustery conditions on Wednesday afternoon, the young Aussie slayer again proved her toughness against the 29-year-old Tomljanovic, who had stood within two points of victory in tough-to-call two-hour 41 minute contest.

It was a grievous disappointment for Tomljanovic at the Roland Garros Stadium where she first announced herself by reaching the last-16 as a young Croatian tyro in 2014.

Tomljanovic had fought back in the opener but a double fault on set point gifted the first set to the Russian world No.71.

Gracheva cracked 16 winners in that first stanza with Tomljanovic always seeming on the back foot but the Australian regrouped, began to assert herself and levelled the match after a wayward backhand from the Russian in the tiebreak.

In the decider, it was Gracheva’s turn to stand two points away from defeat at 4-5, 15-30 down, but she demonstrated real resilience to rebound and take the match into a super tiebreak.

A few of Tomljanovic’s old frailties seemed to show up as two final weak netted backhands sealed her fate.

Denial of responsibility! Verve Times is an automatic aggregator of the all world’s media. In each content, the hyperlink to the primary source is specified. All trademarks belong to their rightful owners, all materials to their authors. If you are the owner of the content and do not want us to publish your materials, please contact us by email – [email protected]. The content will be deleted within 24 hours.
sportTennis
0
Share FacebookTwitterGoogle+ReddItWhatsAppPinterestEmail