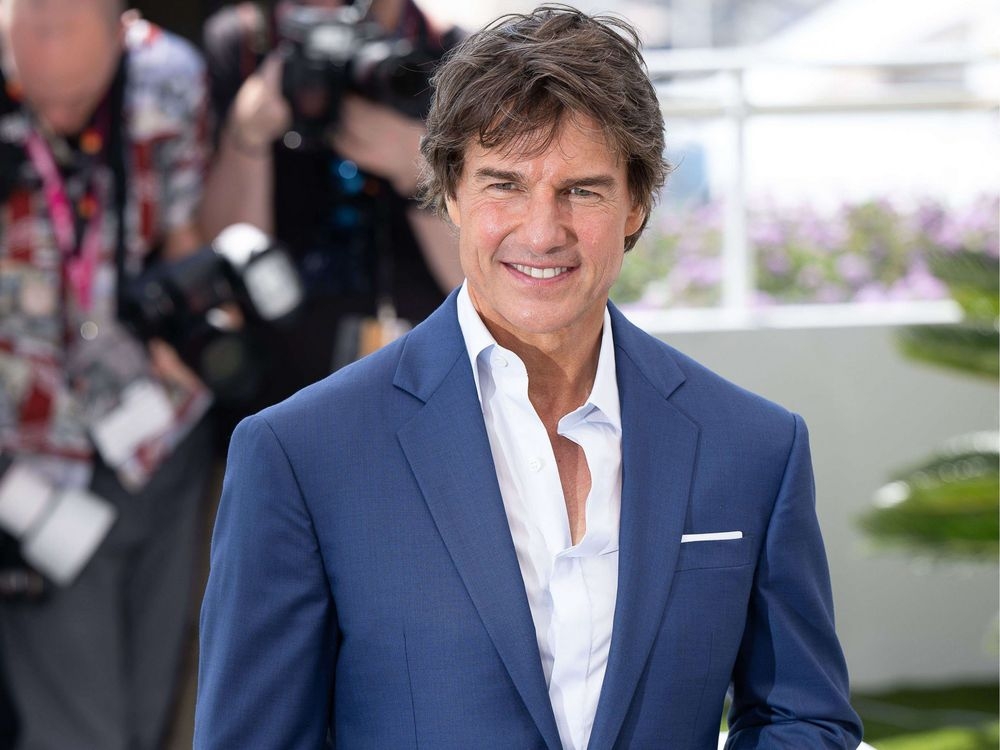 As Tom Cruise celebrated his milestone 60th birthday on Sunday, his Mission: Impossible director Christopher McQuarrie marked the occasion by sharing a photo of the action star dangling off the side of a plane in a stunt that will appear in the upcoming two-part conclusion to the long-running franchise.

McQuarrie captioned the image, which features Cruise hanging on to the top wing of a biplane as it gets ready to perform an aerial manoeuvre, with the message: “Happy 60th Birthday, Tom.”

Last December, the U.K. Sun published pics of the actor hanging upside down from the wing of a Second World War plane. According to the Sun, Cruise was in the plane as it took off from Duxford Aerodrome in Cambridgeshire and once it hit 2,000 feet, the daredevil then exited the cockpit and made his way onto the left wing. Harnessed to the aircraft, he then hung upside down as the plane flipped over, with Cruise snapped sitting upright on the wing.

It was earlier reported that the action man had been learning how to fly planes for M:I 8.

A source from the set told the Sun: “Tom had started to learn to fly a Boeing Stearman biplane earlier this year for a major stunt scene in Mission: Impossible 8. It’s obviously a highly skilled task but as usual he has no plans to cut any corners or bring in a stuntman.”

The insider added: “Trying to film jaw-dropping scenes with an 80-year-old plane is particularly dangerous.”

In an interview with Empire, Cruise declared a sequence from next summer’s Mission: Impossible – Dead Reckoning Part One, in which he parachutes off of a motorbike as it plunges over a cliff, the scariest stunt he has performed in the 26 years he’s been playing IMF agent Ethan Hunt in the series.

“If the wind was too strong, it would blow me off the ramp,” Cruise said. “The helicopter (filming the scene) was a problem because I didn’t want to be hammering down that ramp at top speed and get hit by a stone. Or if I departed in a weird way, we didn’t know what was going to happen with the bike. I had about six seconds once I departed the ramp to pull the chute and I don’t want to get tangled in the bike. If I do, that’s not going to end well.”

During a Toronto stop on his press tour for 2015’s Rogue Nation, Cruise admitted that all of the stunts over the years have been a little challenging.

Plus, he continued, sometimes having a look of panic adds to the authenticity of what moviegoers see up on the screen.

“There’s a little bit of panicking. But it helps the performance.”

Cruise currently stars in Top Gun: Maverick, reprising his role as Pete Mitchell from the 1986 original.

He rang in his big day at the 2022 British Grand Prix on Sunday where Formula 1 driver Lewis Hamilton wished him a happy birthday.

Cruise, who is a longtime fan of the sport, told Sky Sports he was rooting for Hamilton, who came in third place.

“He’s a great friend of mine. I hope he has a great day,” Cruise said.