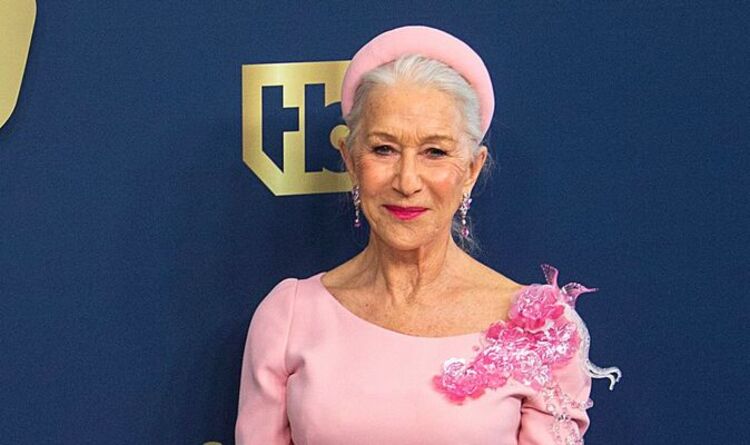 Dame Helen – presented with the gong by Kate Winslet and Cate Blanchett – said: “Lifetime achievement, that sounds so grand. I suppose I’m alive so by that measure I’m eligible.”

“But honestly any achievement that I’ve succeeded in is a result of my mantra, which is basically, ‘Be on time and don’t be an ass’. Thank you SAG, I hate to say the word sag at my age, it’s always S-A-G.

“I’m simultaneously enormously proud but I’m riven with the understanding that I absolutely do not deserve this.”

The star, 76, has five SAG wins and 13 nominations to her name – making her the most decorated lifetime award recipient.

And at the 28th ceremony, overnight on Sunday in Los Angeles, she thanked fellow “rogues and vagabonds” for “all the giggles. Their emotional generosity and incredible energy”.

She added: “Together we laugh, we weep, we worry, we change clothes, we throw up and suffer diarrhoea…don’t you? I mean I do.

“Actors, you’re a magnificent tribe, stretching across culture, history, and time. This is for the actors.”

Gaga missed out on Best Actress for House Of Gucci to Jessica Chastain, 44, for biopic Eyes Of Tammy Faye.

Jessica’s win also meant Olivia Colman was pipped for The Lost Daughter. And fellow Brit Benedict Cumberbatch – nominated for Best Actor for The Power Of The Dog – lost to Will Smith, 53, in the Williams’ tennis dynasty biopic King Richard.