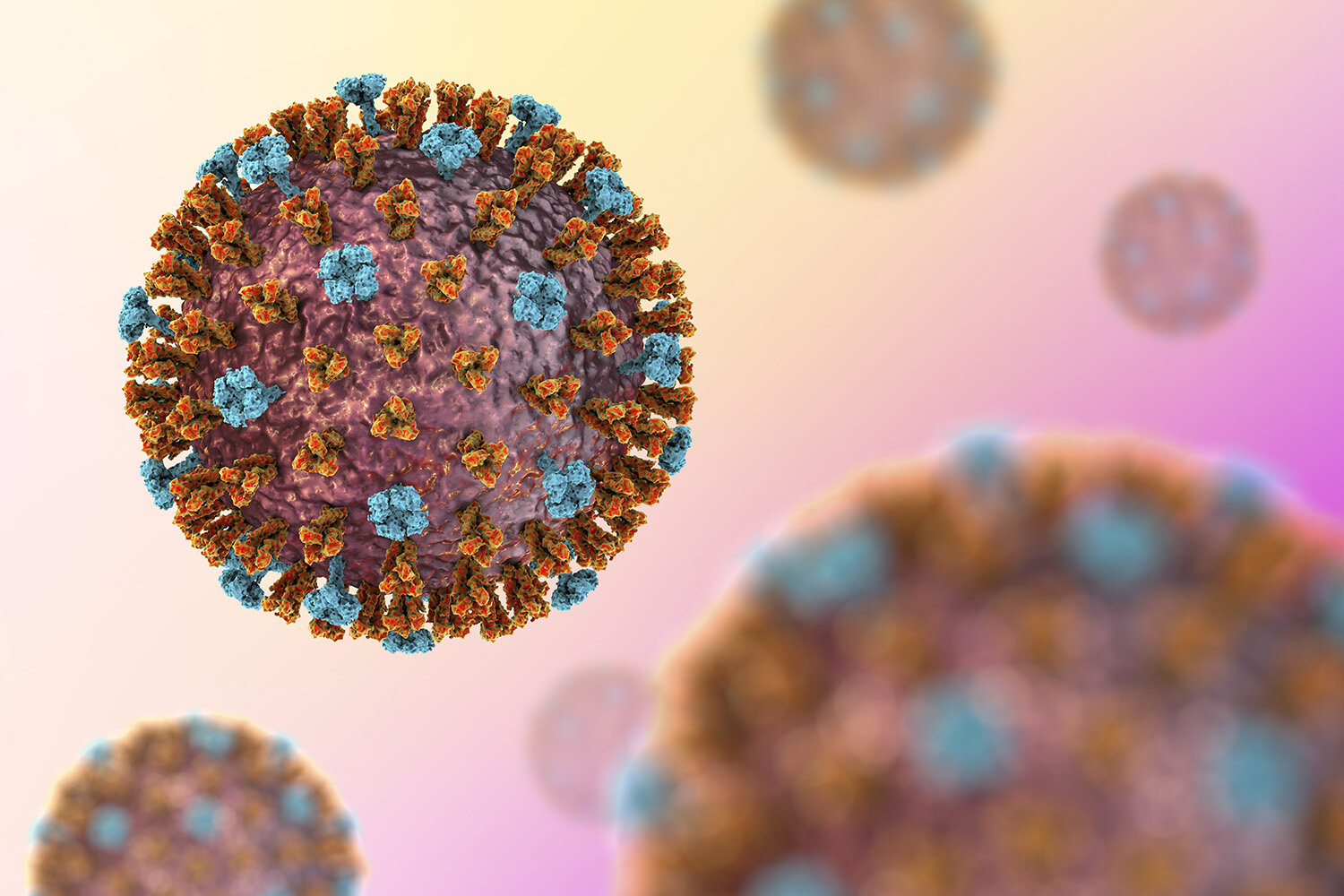 FMI researchers have identified a synthetic protein that dampens the activity of a cellular pathway involved in viral infection. The findings could help to develop drugs that combat viruses such as influenza A and Zika.

Influenza A virus affects millions of people worldwide and can have serious complications, including bacterial pneumonia, ear infections and the worsening of long-term medical conditions.

Once the flu virus enters a cell in the body, it has to release its genetic material, which is packed into a protein shell called capsid. To do so, the virus hijacks some of the molecular machinery of the cell: loosely attached to the virus are chains of a protein called ubiquitin, which interacts with a cellular enzyme known as HDAC6; at the same time, HDAC6 binds to components of the cell’s skeleton and to motor proteins, pulling the capsid into pieces so that it can be degraded by the cell’s waste disposal machinery. Opening up the capsid releases the genetic material of the virus inside the cell, facilitating viral infection.

To test whether interfering with HDAC6’s interaction with ubiquitin could hinder flu infection, Longlong Wang and his colleagues in the Matthias group screened DARPins, a class of synthetic proteins that can bind to a variety of targets. The researchers found one DARPin that was able to latch onto HDAC6 and prevent it from binding to ubiquitin, in both test tubes and cells grown in a dish. Cells expressing this DARPin showed reduced levels of infection not only with influenza A but also with Zika virus. Zika virus, which is spread through mosquito bites, causes a disease that in pregnant women can lead to stillbirth or birth defects such as smaller-than-average head and brain.

The findings, published in Cell Reports on April 26, suggest that HDAC6’s binding to ubiquitin is an attractive target for drug discovery, and preventing this binding could help fight infections with viruses such as influenza A and Zika.

Viruses rapidly accumulate mutations, which could confer resistance to antiviral drugs, says senior study author Patrick Matthias. For this reason, he adds, scientists are interested in targeting cellular pathways like the one his team has targeted. “We have very few drugs against viruses, so there is room for progress in the future.”

Citation:
Thwarting cellular enzyme can fight viral infections (2022, May 11)
retrieved 11 May 2022
from https://phys.org/news/2022-05-thwarting-cellular-enzyme-viral-infections.html