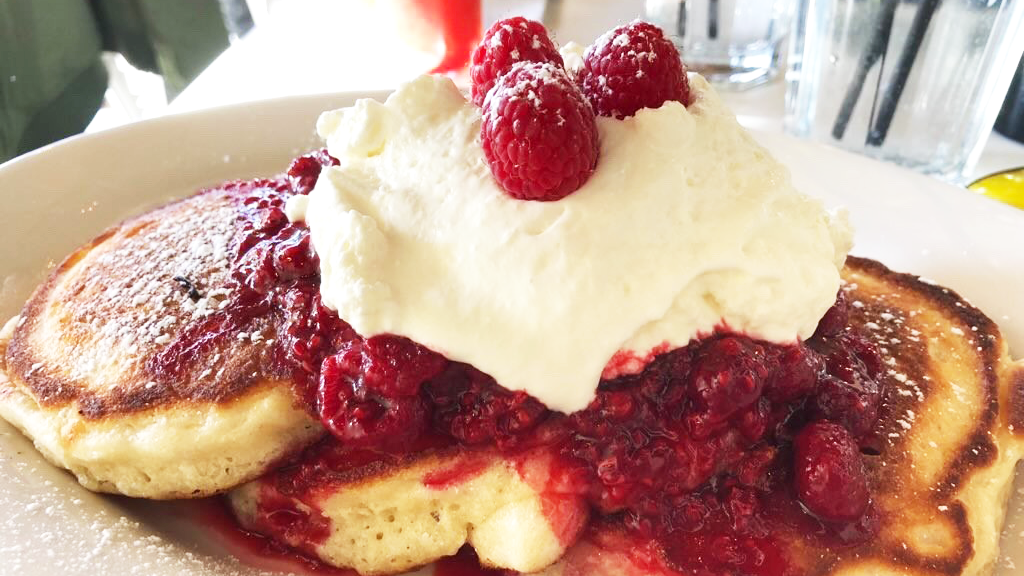 These are the top 5 US cities for brunch, plus some highly recommended restaurants

National Brunch Month of April 2022 is giving many Americans a delicious excuse to enjoy a late breakfast and a cocktail of choice in the early afternoon.

But whether brunch lovers are craving eggs benedict or bottomless mimosas (or both), some U.S. cities already have an upper hand on the brunch game.

A new study from LawnStarter ranked America’s best cities for brunching, based on the number of brunch clubs and restaurants, consumer ratings, deals at local establishments and demand.

ST. PATRICK’S DAY: MOST IRISH CITIES AND THEIR BELOVED PUBS

Check out these high-ranking cities — and why they scored this way.

New York City might be known as the city that never sleeps, but plenty of New Yorkers excel at sleeping in on Sundays — just long enough to still make it to brunch.

A seagull flies past One World Trade Center as seen from the Staten Island Ferry on Sept. 4, 2020, in New York City. (Photo by Gary Hershorn/Getty Images)

The study ranked New York as the top brunch city in America for having the highest number of brunch clubs and ranking third for the most brunch deals.

The study looked for cities with “delicious bites, brunch clubs, deals, events and high local demand,” according to LawnStarter.

Whether sitting atop a skyscraper or rooted on the ground, New Yorkers are loyal to some of their favorite locations, such as the East Village’s Parisian replica Pardon My French and Gramercy’s speakeasy-chic Tara Rose.

For bigger events, enjoy a truly never-ending, bottomless-mimosa experience at 230 Fifth rooftop bar, or the popular “boozy brunch” (as it’s known) at The Crooked Knife.

The “Big Easy” New Orleans came in second for being home to the best brunch in America.

The Louisiana city, saturated in its unique melting-pot culture, also won points for ranking no. 1 in quality.

Visitors and locals alike rave about staple restaurants like Criollo — located inside the lavish Hotel Monteleone and home to the famous carousel bar — and The Ruby Slipper Café, which offers all-day brunch and cocktails at 11 locations across the Gulf South.

For a classic New Orleans dining experience, check out the cuisine at Monty’s on the Square, or restaurant tradition Brennan’s, founded in 1946.

The Windy City is already known for its good eats, so it’s no surprise that Chicago clutched third place.

The study from LawnStarter revealed Chicago ranked second for demand and third in the community rating, as well as tying for fifth place — with Dallas and Austin, Texas — for the most brunch clubs.

Brunch in Chicago, Illinois, is in high demand, according to a 2022 LawnStarter study. (iStock)

Next time you’re in Chi-Town, pencil in a table at local-recommended restaurants like Recess in Chicago’s West Loop, which sports an outdoor-urban vibe, or Italian restaurant etta, which has an extensive morning cocktail menu.

To dine like a local, grab a seat at award-winning, neighborhood-favorite Lula Cafe in Logan Square.

Las Vegas rolled in as the fourth-best city for brunch and ranked no. 2 for the most establishments serving brunch per square mile.

Home to accessible dining, Orlando landed the no. 5 spot in the survey.

The tourist-attractive city was noted for having the most brunch-serving establishments per square mile.

Florida’s locals have hyped up Winter Park’s iconic Briarpatch restaurant for its decadent brunch menu and The Stubborn Mule for its fun atmosphere.

LawnStarter, for its new study, looked for cities with “delicious bites, brunch clubs, deals, events, and high local demand.” For a closer look at the national brunch scene, it also surveyed “American adults’ brunch habits and preferences.” For more information, check out LawnStarter.com.