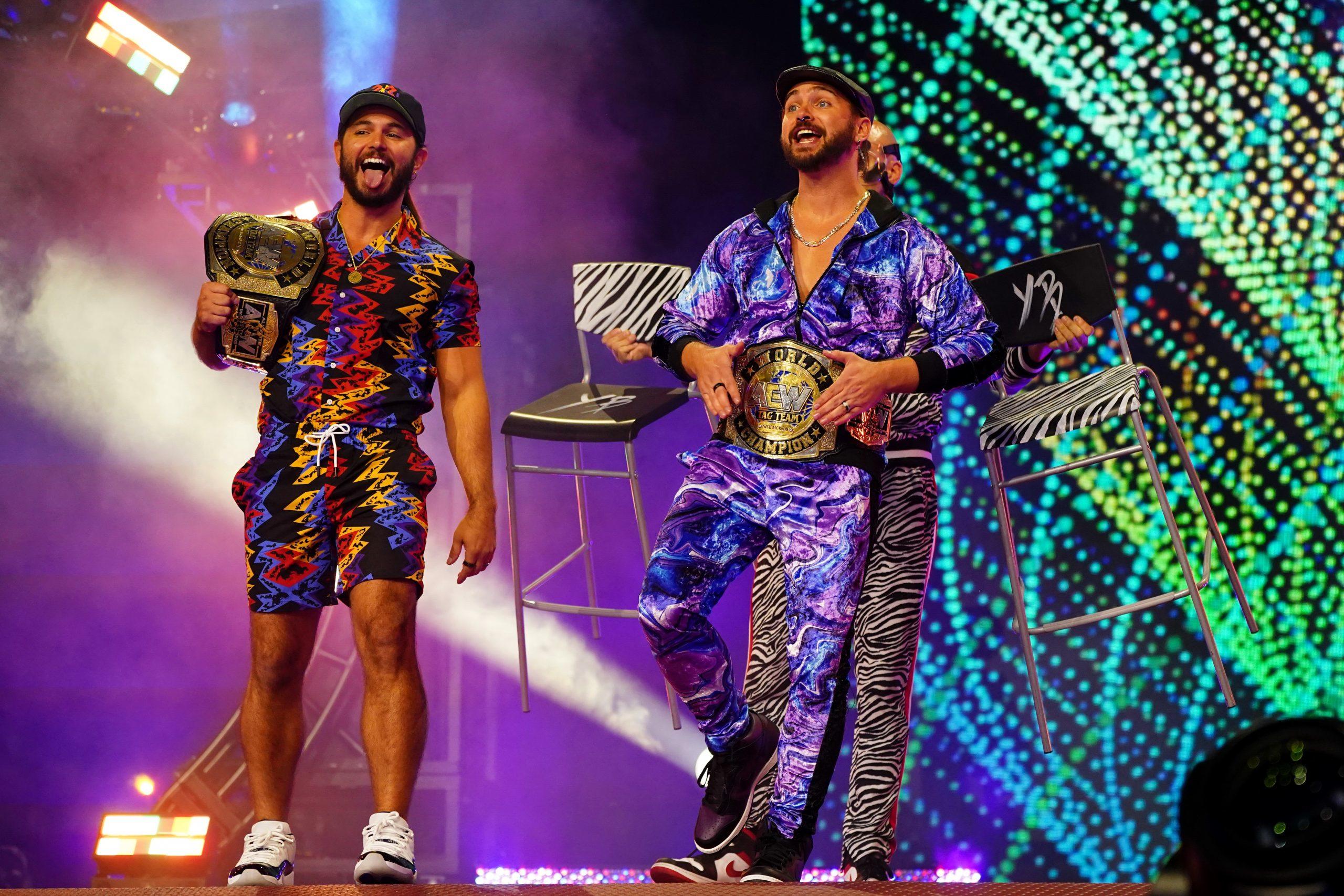 The Young Bucks Have Re-signed with AEW

The Young Bucks were one of the foundations of All Elite Wrestling when it first started, and have remained as such to this point. They will continue to be AEW stars for the foreseeable future, as a new report from the Wrestling Observer says that Matt and Nick Jackson have signed contracts with AEW that will keep them All Elite for several more years. Dave Meltzer didn’t reveal any specifics of the deal other than the year, saying they were signed until 2026, but The Bucks confirmed the deal with a change, revealing in their Twitter Bio that they were signed until 2024.

Their biography on Twitter reads “[Signed] till 2024. Let’s party for 2 more years!” You can check out the post below.

There might not be an AEW, or at least one that would be able to compete at this level if it weren’t for the combined efforts of Cody Rhodes and the Young Bucks, who funded All In, the pay-per-view that really got the ball rolling for what would become AEW. Since then the company has continued to build its roster with stars like Kenny Omega, Britt Baker, Darby Allin, MJF, Chris Jericho, and more, and even more recently stars like CM Punk, Bryan Danielson, Sting, Adam Cole, Ruby Soho, and more have joined the roster.

As for The Young Bucks, After a thrilling match at AEW Full Gear, the Bucks aren’t actually cleared at the moment to compete, as Matt revealed in the newest episode of Being The Elite.

Are you excited to see the Young Bucks in AEW until 2024? Let us know in the comments!

Denial of responsibility! Verve Times is an automatic aggregator of the all world’s media. In each content, the hyperlink to the primary source is specified. All trademarks belong to their rightful owners, all materials to their authors. If you are the owner of the content and do not want us to publish your materials, please contact us by email – admin@vervetimes.com. The content will be deleted within 24 hours.
AEW DynamiteThe Young Bucks (AEW)
0
Share FacebookTwitterGoogle+ReddItWhatsAppPinterestEmail

Andi and Miquita Oliver: ‘We learned to drink without shame…