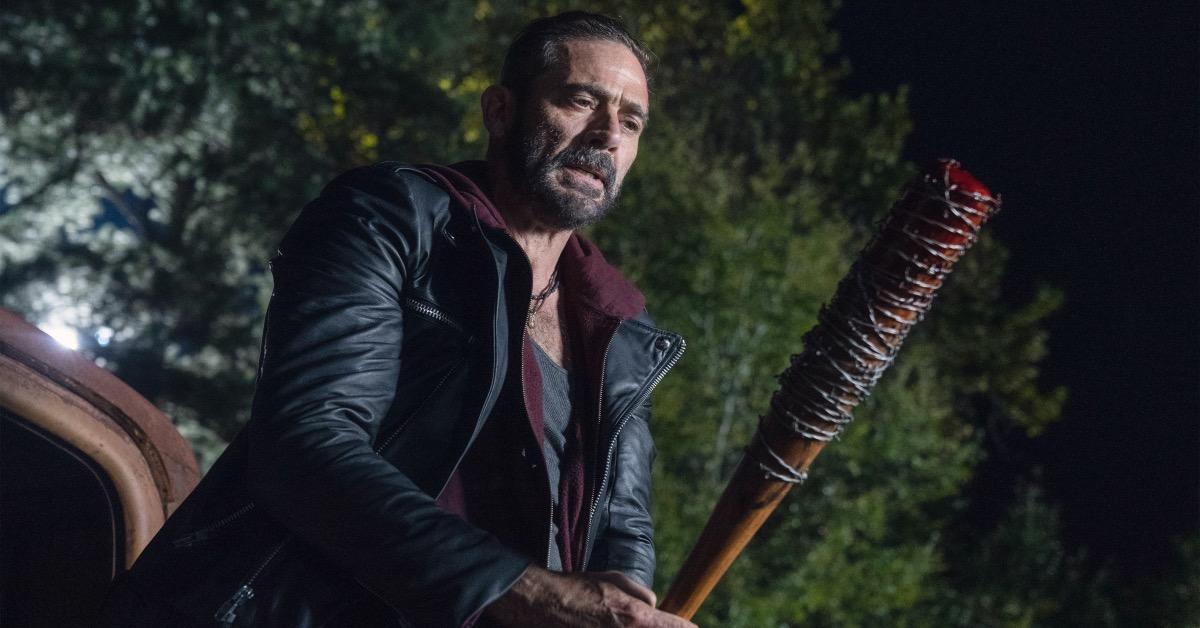 The Walking Dead star Jeffrey Dean Morgan is more interested in a sequel than a prequel about Negan, teasing there are “still stories to be told” about the character in a talked-about spin-off. After AMC Networks gauged interest in a Negan-centric offshoot series in the wake of the prequel episode “Here’s Negan,” Morgan confirmed a spin-off revealing more backstory or continuing Negan’s story is “definitely being talked about” at AMC. As The Walking Dead airs its eleventh and final season — set to rest in peace with a series finale in 2022 — Morgan says he’s not ready to bury Negan just yet.

“There’ve been things discussed with me and network people,” Morgan told TVLine. “We’ll see. I mean, Negan could still find his way six feet under [before Season 11 concludes], so that could be a problem unless it’s a prequel. But there are still stories to be told with Negan. I kind of know how the season has worked itself so far, and we’re cracking open windows here and there that would lend themselves to more Negan story.”

Season 11 takes place more than a decade after “Here’s Negan,” the Season 10 finale revealing Negan’s origin story and his tragic love story with wife Lucille (Hilarie Burton Morgan). On reprising the role for a Negan spin-off, Morgan said, “I do love Negan. There’s an amazing opportunity to dive a lot deeper into this man, who I think has become very interesting the last few years. I’m certainly not opposed to keeping him alive for a bit longer and finding out more about him.”

“Here’s Negan” leaves the door open for a Negan’s Saviors spin-off that would reveal how he came to lead an army that eventually wages war with Rick Grimes (Andrew Lincoln) and his group of zombie apocalypse survivors. After The Walking Dead ends, Morgan is “looking forward” to Negan’s future instead of his past.

“I’ll be very honest with you, if I was to do more, I would like to move forward with the story and not backward,” Morgan said. “I loved what we showed [of his history] in ‘Here’s Negan,’ but now we’ve done a lot of that story. We could do a short series on how the Saviors came to be, which would be kind of interesting, but I’m more looking forward.

“We’ve shown these different sides of Negan over the past few years,” added Morgan. “Now I’d like to see, after this ends, what happens to him next. I find that possibility to be a lot more interesting than going back in time.”

Morgan previously expressed interest in Negan Lives, a one-shot spin-off comic from Walking Dead duo Robert Kirkman and Charlie Adlard. The single-issue story reveals what happens to Negan after his exile from The Walking Dead, which ended after 193 issues in July 2019.

Denial of responsibility! Verve Times is an automatic aggregator of the all world’s media. In each content, the hyperlink to the primary source is specified. All trademarks belong to their rightful owners, all materials to their authors. If you are the owner of the content and do not want us to publish your materials, please contact us by email – admin@vervetimes.com. The content will be deleted within 24 hours.
Jeffrey Dean MorganNegan (Walking Dead)The Walking Dead
0
Share FacebookTwitterGoogle+ReddItWhatsAppPinterestEmail