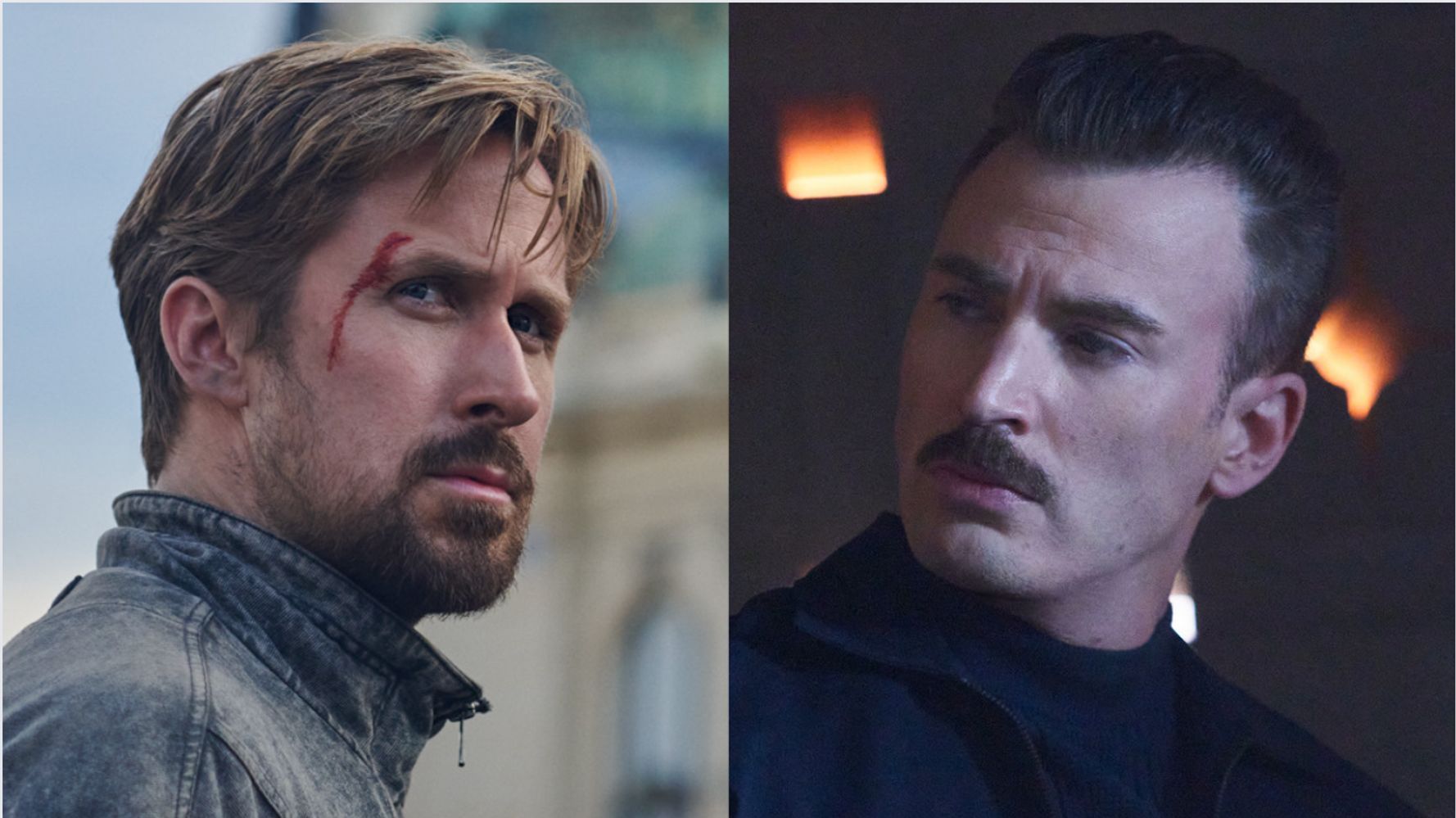 ‘The Gray Man’ Trailer: Gosling vs. Evans In Netflix’s Most Expensive Movie Ever Made

Netflix stock might be plunging toward the red, but the beleaguered streaming service is going all in on “The Gray Man.”

With a record-setting production budget of $200 million, much of which presumably went to maintaining Chris Evans’ impeccable mustache, the upcoming action movie is one of the most highly anticipated on Netflix’s slate, given the star power in front of and behind the camera.

Directed by Joe and Anthony Russo, the directors behind “Avengers: Endgame” among other Marvel films, “The Gray Man” pits Evans against Ryan Gosling for a high-octane game of cat and mouse arriving in theaters July 15, before dropping on the streamer a week later.

Gosling stars as Court Gentry, aka Sierra Six, a top black-ops CIA agent who goes on the run after uncovering damaging agency secrets. Fellow mercenary Lloyd Hansen (Evans) is tasked with leading the global manhunt to find him, while racking up a high body count along the way.

“If you wanna make an omelette, you gotta kill some people,” Evans, clearly enjoying playing against the Captain America type, says in the trailer.

“It’s hard to find somebody at Chris Evans’ level to step into a villain,” Joe Russo told Entertainment Weekly about casting the Marvel star. “It’s why you traditionally don’t get a Ryan Gosling versus Chris Evans movie. But he’s at a point where [playing the villain] is more entertaining to him than playing a hero, so we’re able to get two giant movie stars that face off against each other. They’re very complicated characters with competing agendas, and it’s a fight to the death.”

Adapted from Mark Greaney’s book of the same name, the film is meant to launch a new franchise centered around Gosling’s character, who presumably survives the mayhem to helm future adventures.

But, of course, a film like “The Gray Man” is less about plot and more about two of the most famous working film actors wailing on each other in spectacular action set pieces around the globe. And, by that metric, the first look certainly lives up to the hype.

Watch the trailer below.

Denial of responsibility! Verve Times is an automatic aggregator of the all world’s media. In each content, the hyperlink to the primary source is specified. All trademarks belong to their rightful owners, all materials to their authors. If you are the owner of the content and do not want us to publish your materials, please contact us by email – [email protected]. The content will be deleted within 24 hours.
Ana de Armaschris evansNetflixRyan GoslingThe Gray Man film
0
Share FacebookTwitterGoogle+ReddItWhatsAppPinterestEmail