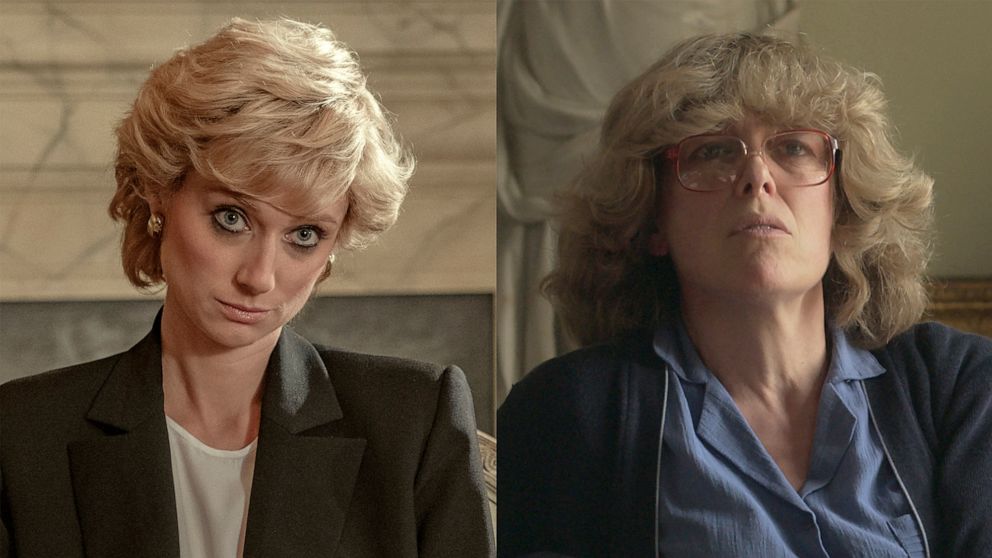 ‘The Crown’ puts both Diana, Camilla in sympathetic light

NEW YORK — Controversy and debate surround season five of “ The Crown,” but Elizabeth Debicki has largely been praised for her portrayal of Princess Diana.

Debicki, best known for her work in the limited series “The Night Manager” and films including “Guardians of the Galaxy” and “Tenet,” said she prepared for the role more than any previous job she’s had.

A delay of filming due to the pandemic allowed for extra time to study and perfect the Princess’ mannerisms and way of speaking.

“When I wrapped I thought, ‘Well, I’ve done my best. Now we’ll see,’” said the French-born Debicki, who moved with her family as a child to Australia.

She was first told producers had her in mind for the role after she auditioned for a small part in season two, which she says did not go well.

“I was really confused about the part they were asking me to go in for because I wouldn’t have at all been physically right for it,” she recalled. Debicki wasn’t surprised when she received an email with the news that she didn’t get the part, but the rest of the message was a shock.

It said, “’We think maybe you’d be a very good Diana.’ … it knocked me over. I did not see it coming,” said Debicki, adding that she was told they didn’t have anybody else in mind for the part. “I was really hoping they were going to ask me, so match made in heaven.”

Debicki takes over as the Princess of Wales as her marriage to then-Prince Charles is fast deteriorating. During the course of season five viewers see a recreation of the infamous 1995 on-camera interview that Diana did with journalist Martin Bashir, who used false documents and other tactics to persuade Diana to agree to speak with him on the record.

In 2020, the BBC appointed a retired senior judge to lead an investigation into what happened. A report from the inquiry said Bashir acted in a deceitful way and breached BBC rules by mocking up fake bank statements and showing them to Diana’s brother, Charles Spencer, to gain access to the princess.

Debicki says viewers have had strong responses to the Bashir episodes, which both illustrate some of his maneuvers and show an increasingly paranoid Diana who believes she has no other choice than to do the interview.

“It’s such a complex, psychological journey the character goes on to end up sitting in that chair… When I learned all the things about what the inquiry revealed to us and then saw how Peter (Morgan) had written it, I knew it was going to be really difficult, but also very important to tell that story,” she said.

“That interview for so many years stood as this kind of stand-alone moment in history. (Portraying that) felt — just like the information that came to light — so important that people understand what happened and who’s responsible.”

In that Bashir interview, Diana famously said, “There were three of us in this marriage, so it was a bit crowded,” a reference to Camilla Parker Bowles. Season five of the series offers up empathy for each of those two women. Olivia Williams, who plays Parker Bowles, wants people to see the now-Queen Consort’s dignity.

“She was a victim of circumstance in many ways… She had to move out of the family home. She wasn’t yet married to Charles. She had no security. Every picture of her was taken by a man hiding in a bush illegally, trespassing on her property, and so no wonder she looked miserable or angry,” said Williams.

“Now she’s emerged with this extraordinary warmth and is able to to wink at a bank of press who were formerly her tormentors. There’s never been, you know, ‘Camilla: Her Story’ or a vindictive memoir from her or even a cruel word. I just love her.”

Denial of responsibility! Verve Times is an automatic aggregator of the all world’s media. In each content, the hyperlink to the primary source is specified. All trademarks belong to their rightful owners, all materials to their authors. If you are the owner of the content and do not want us to publish your materials, please contact us by email – [email protected]. The content will be deleted within 24 hours.
Arts and entertainmentCamillacharles spencerElizabeth DebickiKing Charles IIIMartin BashirNew YorkNorth America
0
Share FacebookTwitterGoogle+ReddItWhatsAppPinterestEmail

The Best Youth to the People Products on the Market 2022