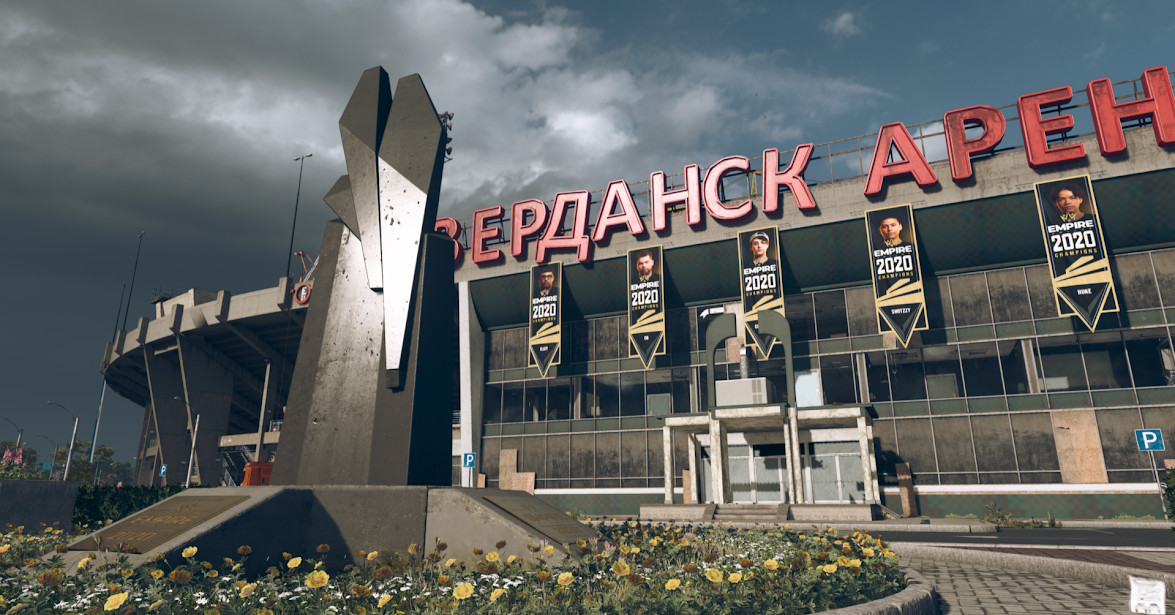 The champions of the first season of the Call of Duty League are being honored in a unique way: with their faces plastered at the stadium in Call of Duty: Warzone. Today, Activision revealed that the front entrance to Verdansk Stadium in Warzone will soon display a giant rendition of the CDL trophy, along with pennants featuring all five members of the Dallas Empire who were crowned champions for the 2020 season.

It’s a unique kind of crossover and an example of how game developers and publishers are able to leverage popular games to promote esports. In the past, games like League of Legends and Overwatch have introduced unique skins to celebrate championship teams or players. But this move by the CDL is more akin to traditional sports, where championship banners are raised in local stadiums. It also makes a lot of sense for Activision to leverage Call of Duty’s incredibly popular battle royale spinoff: Warzone currently boasts more than 100 million players.

This isn’t the first time the CDL has come up with a surprising way to celebrate its best team. In addition to a trophy and ring, the Dallas Empire also received a ridiculous championship throne. The changes in Verdansk will be featured in-game starting on May 10th.

Here’s everything announced at the outrageous Devolver MaxPass Plus event