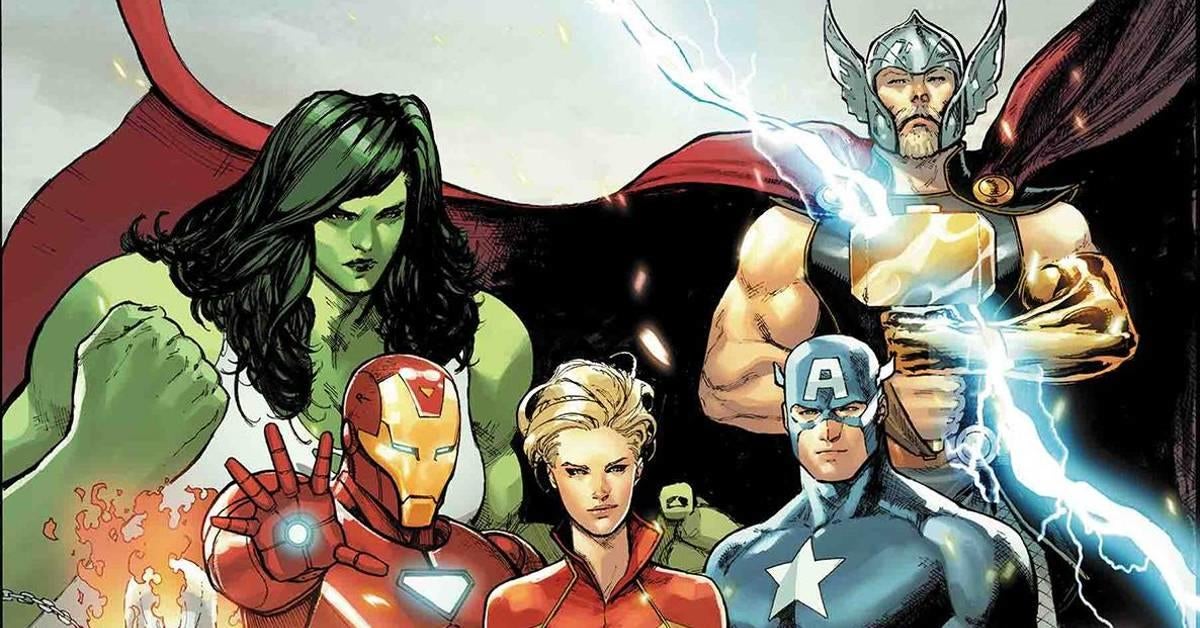 The Avengers Are About To Lose Their Most Important Leader

When Jason Aaron began his run on Marvel’s Avengers comic, he bypassed the likes of Captain America and Iron Man to name Black Panther the team’s leader/ambassador. It propelled Black Panther’s status in the Marvel Universe, as T’Challa balanced his duties as the King of Wakanda with threats from Namor and his Defenders of the Deep, the Squadron Supreme of America, Dracula’s Vampire Nation, and more. The next big Marvel event takes place this summer in Judgment Day, pitting the Avengers, X-Men, and Eternals against each other. As Marvel revs up the hype train for the crossover event, it appears Black Panther won’t be taking part in it on behalf of the Avengers.

Dustin Weaver’s promotional artwork for Judgment Day reveals more details on the upcoming conflict. The Eternals will target the X-Men’s mutant nation of Wakanda, forcing the Avengers to step in to play the middleman to stop the coming war. A visual example is shown as Avengers members Captain America, Iron Man, Thor, Captain Marvel, and Phoenix/Echo stand between the X-Men and the Eternals with Avengers Mountain in the background. Of course, Avengers Mountain happens to be a dead Celestial, which are the cosmic beings that created the Eternals. Suspiciously missing is Black Panther, who leads the Avengers. This probably isn’t an accident, and foreshadows another upcoming conflict between T’Challa and Earth’s Mightiest Heroes.

Academy Award-winning screenwriter John Ridley and artist Juann Cabal launched a new volume of Black Panther in November. The comic’s opening story arc revealed how Black Panther has several sleeper agents scattered around the world, waiting to be activated by their king to serve Wakanda. A group has somehow discovered the existence of these agents and has started assassinating them, forcing T’Challa to go out into the field in order to solve the murders.

The final page of the first issue teased some events that will happen in Black Panther’s future, including a meeting with the X-Men on the planet Arakko, and a fight with his Avengers teammate Captain America. Something that came up in Black Panther #1 was how the Avengers will react to the news that one of their own was plotting against them in the shadows. Apparently, it may lead to Black Panther no longer leading the team into Judgment Day and the Avengers’ crossover with the X-Men and Eternals.

Free Comic Book Day: Avengers/X-Men #1 in May helps to set the stage for Judgment Day, and also doesn’t feature Black Panther anywhere on Valerio Schiti’s cover. It’ll be interesting to see what Black Panther will be up to in his solo title this summer while the Avengers are busy with a universe-altering event.

Judgment Day kicks off in July. Make sure to let us know your thoughts on Black Panther, the Avengers, X-Men, and Eternals in the comments!

Denial of responsibility! Verve Times is an automatic aggregator of the all world’s media. In each content, the hyperlink to the primary source is specified. All trademarks belong to their rightful owners, all materials to their authors. If you are the owner of the content and do not want us to publish your materials, please contact us by email – [email protected]. The content will be deleted within 24 hours.
avengersblack pantherEternalsThe Avengersthe eternalsX-Men
0
Share FacebookTwitterGoogle+ReddItWhatsAppPinterestEmail

30-foot SoFi Stadium to be built with Lego bricks