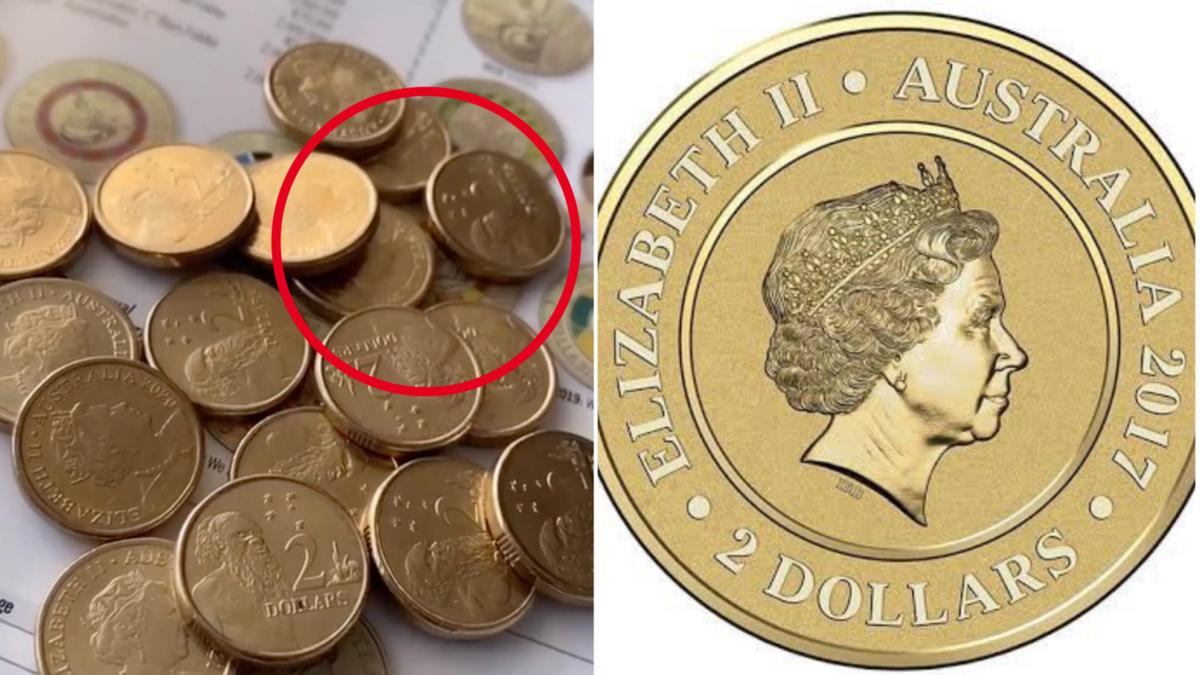 The all-new $2 coin that’s skyrocketed to $3,000 in value since the Queen died

Leading Australian coin expert Joel Kandiah has revealed the latest $2 coin that has skyrocketed to a whopping $3,000 in recent days.

The Perth numismatist – who uses the handle @TheHistoryOfMoney – has built a huge following on TikTok and Instagram with his insights on the value of various coins and bank notes.

Watch above: how coins featuring the Queen changed during her reign

For more Lifestyle related news and videos check out Lifestyle >>

Kandiah tells 7NEWS.com.au that there is currently huge demand for the $2 Mars coin, was included in the 2017 Planetary Coins 10-Coin Collection.

Kandiah says it’s the demand for the $2 Mars coin is driving the huge spike in price for the collection.

“This is the big one – it is the most saleable $2 that’s out there and I’ve honestly never seen anything like it,” he told 7NEWS.com.au.

“The market as a whole, I’ve never seen anything like this.

“And the $2 itself is actually making up half the value of the set.”

Kandiah says the Planetary set includes 10 coins – from one cent up to $5 – with each piece representing a different part of the solar system.

He says demand for the collection first started rising significantly in 2020.

“Up until the pandemic, you probably could still get a sell for about $300, $400 which is very affordable,” he said.

“But then in 2020, COVID hit and we started seeing interest in coin collecting really start rising. And everyone was hunting for every single $2 coin.

“The Mars $2 coin was within that set was one that people wanted in their collection.

“People started buying up the entire sets because it’s still relatively affordable. And that started pushing demand up for that coin specifically in a short space of time.

“It’s purely down for people’s attraction to the $2 Mars coin. To see its value increase nearly 30 fold in five years is beyond ridiculous.”

The demand for the $2 Mars coin follows the spike in value of two other $2 coins – the 2012 Red Poppy and the 2013 Purple Coronation – since the Queen’s funeral.

“The demand for the $2 Mars coin is unprecedented,” he said. “There’s just a lot of hype in $2 coins at the moment, especially since the Queen’s passing. It’s really beyond anything I’ve seen.”

While the $2 Mars coin is in hot demand, Kandiah said it’s unlikely that it will pop up in your coin purse.

“They were never intended to be in circulation,” he said.

“Unless someone said ‘I’m going to open up a set’ and decided to spend it – that $2 is the same shape and size as a regular $2 coin.

“I mean you’d be surprised when you find when you’re searching for coins, you find something that was not meant to be in circulation. It’s beyond crazy what you find sometimes.

“Someone who has no interest in coin collecting, they just tear it off and put it back into circulation.

“But it’s a rare thing, I don’t think you’ll find $2 Mars coins in circulation very often at all.”

‘Now worth $550’: $2 coin values skyrocket the day after the Queen’s funeral

Denial of responsibility! Verve Times is an automatic aggregator of the all world’s media. In each content, the hyperlink to the primary source is specified. All trademarks belong to their rightful owners, all materials to their authors. If you are the owner of the content and do not want us to publish your materials, please contact us by email – [email protected]. The content will be deleted within 24 hours.
EntertainmentLifestyleQueen Elizabeth II
0
Share FacebookTwitterGoogle+ReddItWhatsAppPinterestEmail

Honda Cars ties up with Maruti Suzuki Toyotsu for vehicle…