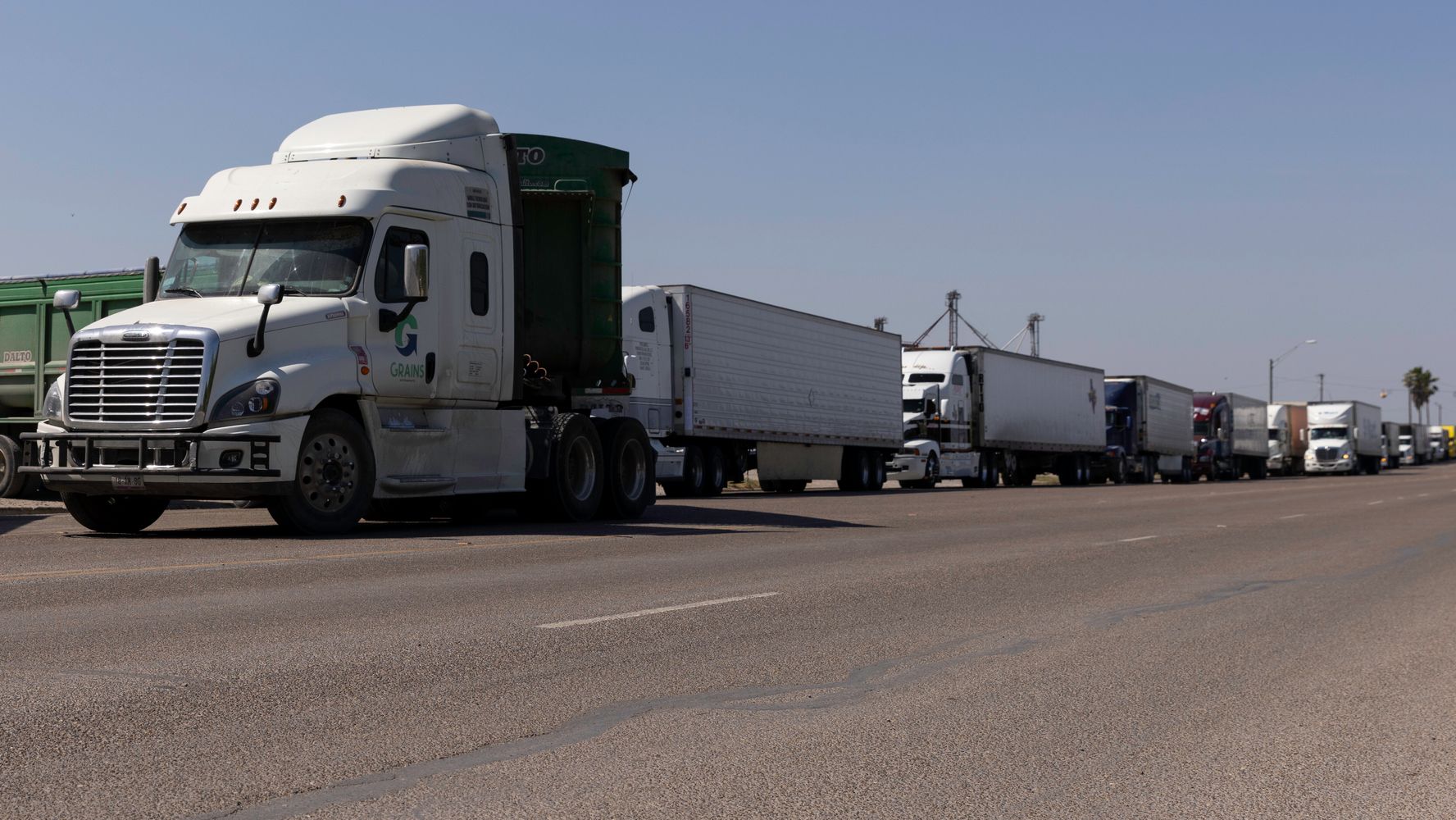 This week, Texas Gov. Greg Abbott (R) made three deals with three different Mexican state governors to help relieve snarled supply chains between the U.S. and its southern neighbor ― a crisis he touched off last week by ordering state police to begin inspecting every truck crossing into Texas from Mexico. The move set up a steep hurdle for commercial truckers already subject to federal inspections.

Critics, however, have questioned the legality of Abbott’s actions, since the power to craft foreign policy belongs to the president under the U.S. Constitution.

Nuevo Leon, Chihuahua and Coahuila each agreed to enhance security measures on their side of the border to “prevent illegal immigration” and “improve the flow of traffic,” Abbott’s office said.

Greg Abbott’s “war on international commerce” is a fraud and violates a number of federal laws. Biden should tell him to cease and desist or charge him and prosecute him. Dems must stop being so sweet to these authoritarian bullies! https://t.co/XTRz3R3v9v

The agreements ― officially “memoranda of understanding” ― mean that Abbott will allow inspections to go back to normal on the Texas side of the border. His more stringent inspection policy had bogged down commerce, forcing trucks lugging fresh produce, auto manufacturing supplies and other essentials to wait up to half a day on the road.

Industry groups lambasted the policy, and truckers staged protests against it.

At a time when supply chains are already stressed by pandemic-related disruptions, disruption to trade between the U.S. and Mexico would be damaging to both countries. The CEO of the Texas International Produce Association told The Washington Post that Texans would start seeing empty produce shelves this weekend if Abbott didn’t back down.

But Abbott has pinned the blame for his decision to interfere with international commerce on President Joe Biden.

“If you want relief from the clogged border, you need to call President Biden,” Abbot said at a news conference Wednesday.

The Texas governor has been a harsh critic of the president on immigration ― joining his Republican colleagues in falsely describing Biden’s policy as one of “open borders” ― but he is especially opposed to Biden’s decision to end Title 42 expulsions.

At the start of the pandemic, the Trump administration began using an obscure public health rule, known as Title 42, to turn away asylum-seekers, ostensibly to prevent the virus’ spread. While the Biden administration made some changes to the policy, it allowed the Trump-era rule to remain mostly in place until recently. The White House now says it will scrap the rule in May.

It’s a decision that has reportedly divided White House staffers, and critics include some in Biden’s own party. Beto O’Rourke, who is challenging Abbott for the governor’s mansion in November, said Biden should come up with a solid plan for dealing with the coming influx of migrants before nixing Title 42. Until the pandemic, the number of people attempting to cross the U.S.-Mexico border had been steadily increasing, leaving the U.S. immigration system overwhelmed with each new wave of arrivals.

Abbott, however, has gone to extreme lengths to show his opposition to dropping Title 42: His administration successfully bused a group of immigrants from Texas to Washington, D.C., this week to make a political point.

Denial of responsibility! Verve Times is an automatic aggregator of the all world’s media. In each content, the hyperlink to the primary source is specified. All trademarks belong to their rightful owners, all materials to their authors. If you are the owner of the content and do not want us to publish your materials, please contact us by email – [email protected]. The content will be deleted within 24 hours.
Greg AbbottMexicoSupply chainTexas
0
Share FacebookTwitterGoogle+ReddItWhatsAppPinterestEmail

The Only Way Is Essex reality star Yazmin Oukhellou in…