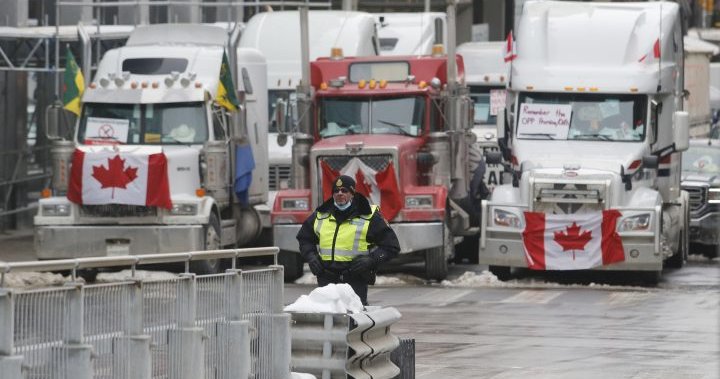 The attorney general of Texas plans to launch an investigation into GoFundMe’s decision to take down a fundraiser for Canada’s trucker convoy that has been protesting COVID-19 measures and vaccine mandates in the nation’s capital for the past 13 days.

A statement on Wednesday said that Attorney General Ken Paxton would probe potential violations of the Texas Deceptive Trade Practices Act after the crowd-funding platform’s integrity had come into question for removing the online campaign.

“GoFundMe’s response to an anti-mandate, pro-liberty movement should ring alarm bells to anyone using the donation platform and, more broadly, any American wanting to protect their constitutional rights,” Paxton said.

“Many Texans donated to this worthy cause. I am acting to protect Texas consumers so that they know where their hard-earned money is going, rather than allowing GoFundMe to divert money to another cause without the consent of Texas citizens,” he said.

“I will get to the bottom of this deceitful action,” Paxton added.

On Friday, GoFundMe announced that it was ending the fundraiser — which had raised more than $10 million — for violating “terms of service” and would automatically refund all contributions made.

In making its decision, the platform said it had evidence from law enforcement officials that the demonstration had become an occupation, with reported violence and “other unlawful activity.”

The move has sparked controversy in the U.S., as many of the donations have been traced to supporters south of the border.

DeSantis and Cruz both also said they wanted GoFundMe investigated after it froze the donations earmarked for the ongoing Ottawa protest, then announced Friday it would issue refunds upon request or distribute the money to charities chosen by the protest organizers.

The company reversed course within hours “due to donor feedback,” promising automatic refunds. But attorneys general in Florida, Texas, West Virginia and Louisiana — all Republicans — nonetheless urged donors to come forward in the name of launching investigations.

In a tweet on Saturday, Paxton vowed to examine GoFundMe for diverting funds away from a “worthy cause.”

When asked about his comments in a virtual news conference on Monday, Public Safety Minister Marco Mendicino said it was not the concern of the Texas attorney general how Canada goes about its daily lives in accordance with the rule of law.

“We are Canadian, we have our own set of laws, and we will follow them,” he said.

“We’re all entitled to an opinion, and in my opinion, (Paxton is) wrong,” he said.

Since the GoFundMe page was taken down, an alternative fundraising campaign by Christian crowdfunding site GiveSendGo has raised more than $7.7 million in just a few days.

— with files from the Canadian Press

Denial of responsibility! Verve Times is an automatic aggregator of the all world’s media. In each content, the hyperlink to the primary source is specified. All trademarks belong to their rightful owners, all materials to their authors. If you are the owner of the content and do not want us to publish your materials, please contact us by email – [email protected]. The content will be deleted within 24 hours.
CanadaCOVIDCOVID-19 vaccine mandateFreedom ConvoyFreedom convoy GoFundMeGoFundMeHealthKen Paxton
0
Share FacebookTwitterGoogle+ReddItWhatsAppPinterestEmail