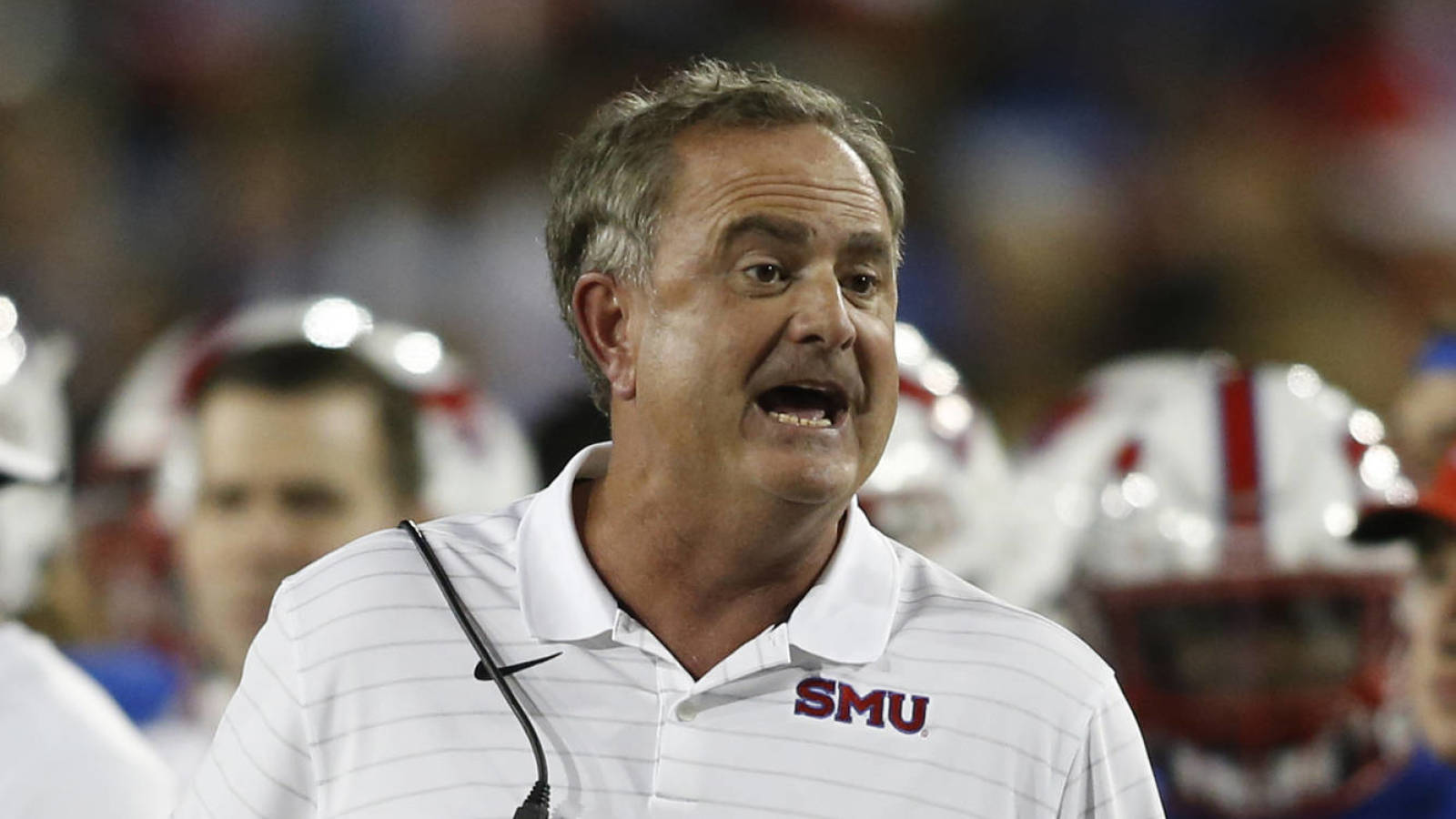 TCU is stealing away SMU’s head coach, and the Mustangs have a replacement.

TCU is set to hire Sonny Dykes as its next head coach. Dykes is in his fourth season as SMU’s head coach and has the Mustangs 8-3 this season.

TCU’s interest in Dykes seemed evident from the moment it fired Gary Patterson. TCU parted ways with their longtime successful head coach because it believed Texas Tech wanted to hire Dykes. TCU also wanted Dykes, so it got rid of Patterson in order to compete with the Red Raiders for the coach’s services. We suspected that TCU had won the Dykes sweepstakes when Texas Tech hired somebody else.

Dykes picked a good time to leave as his stock was high following a 7-0 start. His Mustangs have lost three of four since then. They face Tulsa next.

This will be Dykes’ fourth head-coaching stint. He began at Louisiana Tech, then coached Cal unsuccessfully, and he rebuilt his stock with a successful run at SMU. Now he’s off to TCU and the Big 12.