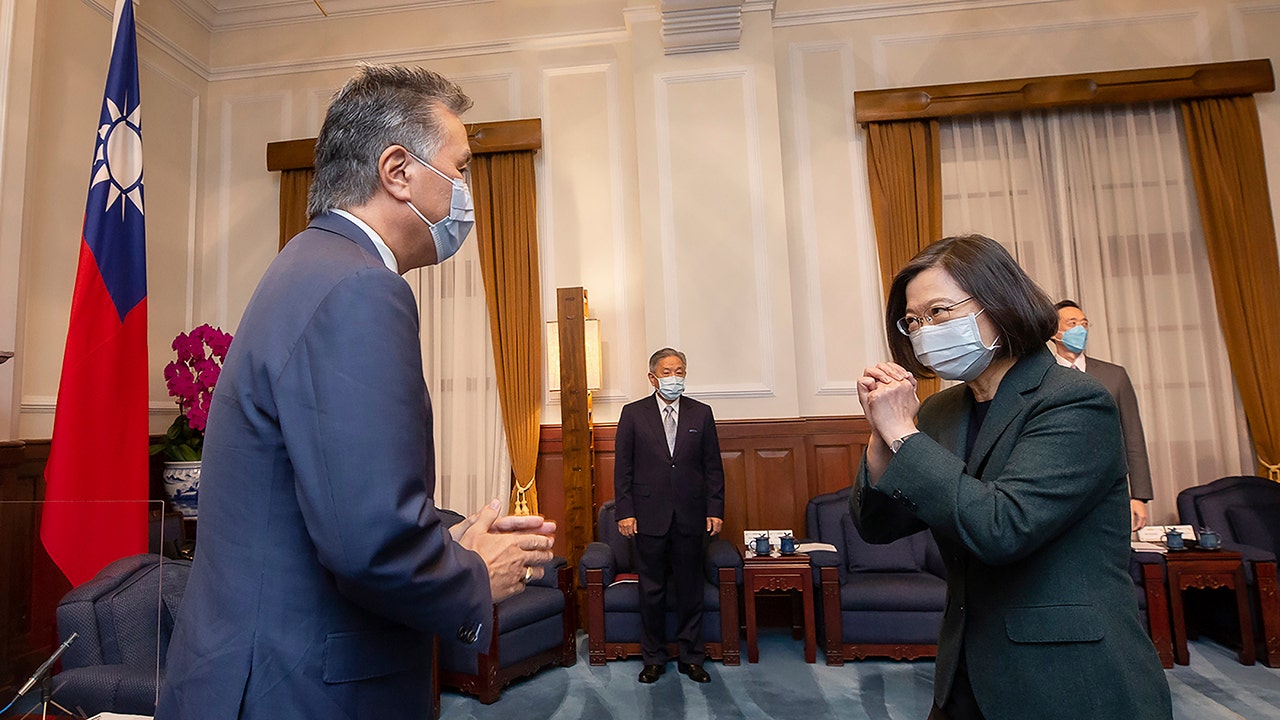 Taiwan’s leader meets with Mace, Slotkin other US lawmakers in defiance of China

U.S. Rep. Nancy Mace, R-S.C., and four other members of Congress traveled to Taiwan this week for a meeting with its president, in an unannounced visit held in defiance of the Chinese government.

“When News broke of our visit to Taiwan, China’s embassy demanded we cancel the trip (we didn’t),” Mace wrote on Twitter about the meeting with Taiwan’s President Tsai Ing-wen. “We’ve had a productive and meaningful visit throughout the Indo-Pacific region as the first bipartisan US House delegation since the start of COVID. This is just the start.”

U.S. Rep. Elissa Slotkin, D-Mich., tweeted that her office “received a blunt message from the Chinese Embassy, telling me to call off the trip.”

Mace, Slotkin and three other House members met with Tsai to reaffirm America’s “rock-solid” support for the island, which China considers a rogue territory, at the American Institute in Taiwan, the de facto U.S. Embassy in Taipei.

A Beijing spokesperson claimed the meeting was a breach of the “one-China policy,” the idea that the U.S. doesn’t officially recognize Taiwan’s sovereignty but can maintain nondiplomatic ties with the island.

“That individual U.S. politicians want only challenge the one-China principle and embolden the ‘Taiwan independence’ forces has aroused the strong indignation of 1.4 billion Chinese people,” Chinese Foreign Ministry spokesman Zhao Lijian said. He added that the unification of Taiwan and China was an “unstoppable historical trend.”

Taiwan has been autonomous since the Chinese Civil War in 1949.

“Taiwan will continue to step up cooperation with the United States in order to uphold our shared values of freedom and democracy and to ensure peace and stability in the region,” Tsai said in a statement about the meeting.

The visit was the third by U.S. lawmakers to Taiwan this year and came just a few weeks after a group of six Republican members of Congress visited the island.

President Biden said last month that he and Chinese President Xi Jinping in a phone call had agreed to abide by a decades-old agreement of nonaggression toward the island related to the “one China policy” after Beijing’s military sent a record 145 fighter jets into Taiwan’s air defense zone.

More recently, China rebuked Biden’s invitation to Taiwan to join a virtual global Democracy summit on Dec. 9 and 10. Beijing called it a “mistake” and urged the U.S. to stick to the “one-China policy,” according to The Guardian.

Retired Brig. Gen. Peter B. Zwack, a Wilson Center global fellow, told Fox News during an appearance on “America’s Newsroom” that the U.S. and the rest of the global community have to support Taiwan with “arms, trainers and … [decide] how … does the world – maybe led by the United States – respond to a China that is globally interconnected and in that sense very vulnerable” to help Taiwan toward independence.