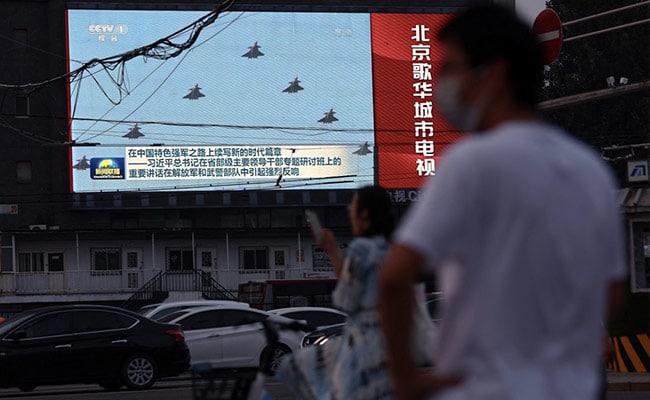 Taiwan on Sunday said it will continue to enhance its self-defence capabilities while maintaining close coordination with all like-minded nations, including India, to jointly preserve the rules-based international order and safeguard security across the Taiwan Strait.

This statement came in the wake of tensions in the Taiwan Strait following US House Speaker Nancy Pelosi’s visit to the self-ruled island that set off large-scale military exercises from Beijing.

Taiwan said it is entitled to make friends and maintain relationships with countries around the world. It said China’s deliberate intensification of various forms of military posturing targeted at Taiwan recently has severely disrupted peace and stability across the Taiwan Strait.

“The government of ROC (Taiwan) wishes to convey sincere gratitude to the executive branches and parliamentarians of over 50 countries-including India-which have called on all sides to exercise restrain, de-escalate tensions, avoid unilateral actions to change status quo and maintain peace and stability in the region,” the foreign ministry said in a statement.

“…the government of Taiwan will continue to enhance its self-defence capabilities while maintaining close communication and coordination with the US, Japan and all other like-minded nations including India to jointly preserve the rules-based international order and safeguard security across the Taiwan Strait and consolidate peace, stability and prosperity in the Indo-Pacific,” the statement added.

On Friday, India urged the avoidance of unilateral actions to change the status quo in the Taiwan Strait and efforts should be made to maintain peace and stability in the region.

“Like many other countries, India too is concerned at recent developments. We urge the exercise of restraint, avoidance of unilateral actions to change the status quo, de-escalation of tension and efforts to maintain peace and stability in the region,” External Affairs Ministry spokesperson Arindam Bagchi during a media briefing.

Earlier this week, China released a white paper titled “The Taiwan Question and China’s Reunification in the New Era” reiterating its claims over the self-ruled island.

“Anyone who wants to come to Taiwan to show their support, they are more than welcome to visit us,” Wu told VOA. He said Taiwan will not be prevented from conducting its own foreign policy.

Denial of responsibility! Verve Times is an automatic aggregator of the all world’s media. In each content, the hyperlink to the primary source is specified. All trademarks belong to their rightful owners, all materials to their authors. If you are the owner of the content and do not want us to publish your materials, please contact us by email – [email protected]. The content will be deleted within 24 hours.
India TaiwanTaiwanTaiwan china tension
0
Share FacebookTwitterGoogle+ReddItWhatsAppPinterestEmail