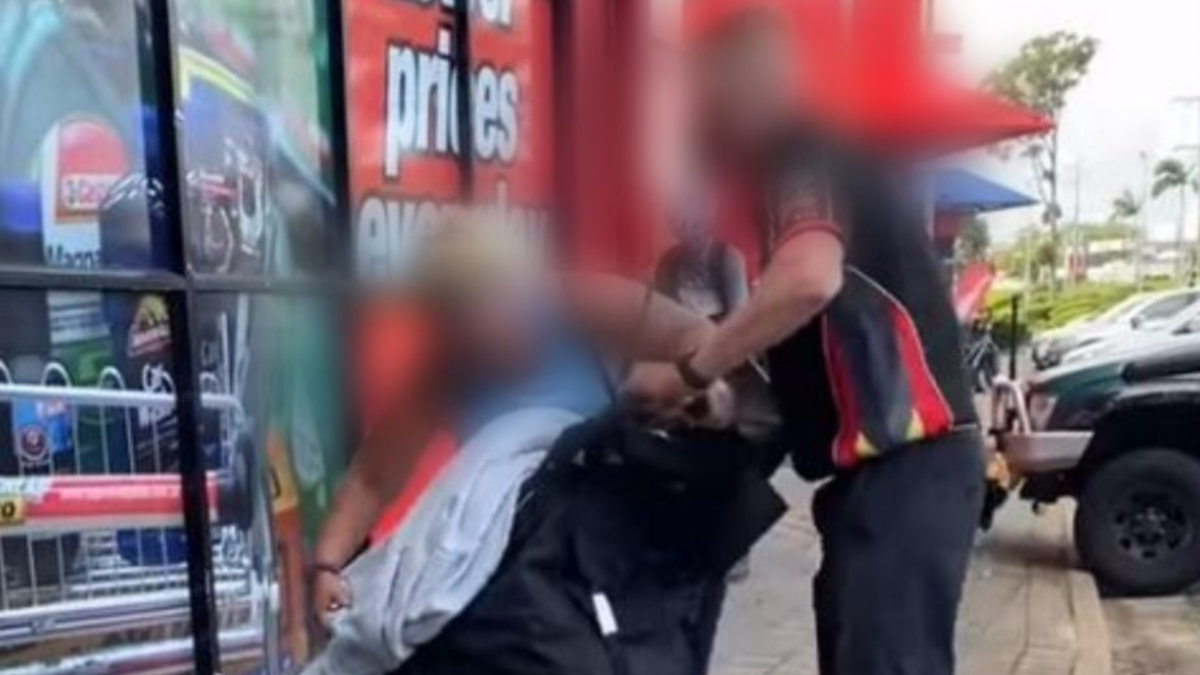 A Supercheap Auto worker who confronted a woman as she allegedly used a pram to steal from a Gold Coast store has accepted a new role elsewhere.

Footage of the incident, seen in the video above, went viral after being posted to social media. The employee was then stood down from his position as the retailer conducted a review.

The decision sparked a backlash against the company with customers on social media saying they would no longer shop there.

And on Friday, Supercheap Auto revealed the man had since decided to leave the company.

Farrar told the Gold Coast Bulletin that the worker is a “pretty private” person and is “pretty upset” after his “life got turned upside down in one fell swoop”.

“He didn’t like how it all went down, but it’ll be all good from now on. He starts next week, next Tuesday,” Farrar said.

As a franchisee, Farrar is able to treat incidents like shoplifting at his store on a case-by-case basis.

In the footage, that went viral during the week, the employee and the woman with the pram are seen in an altercation outside the Supercheap Auto store in Ashmore as he accuses her of shoplifting.

He claims the woman does not have a baby in the pram. “Do you want me to ring the cops?” he is heard to say.

As the man grabs the handle of the pram, he says: “You haven’t even got (a baby) in there.”

As the pair fight for control of the pram, at least two boxes of apparent stock fall out of the pram.

The footage does not show how the confrontation ended.

Queensland Police told 7NEWS.com.au last week that no formal complaint had been made about the alleged stealing offences.

Denial of responsibility! Verve Times is an automatic aggregator of the all world’s media. In each content, the hyperlink to the primary source is specified. All trademarks belong to their rightful owners, all materials to their authors. If you are the owner of the content and do not want us to publish your materials, please contact us by email – [email protected]. The content will be deleted within 24 hours.
BusinessGold CoastLaw and orderNewsPoliticsQLD NewsRetailWorkplace Matters
0
Share FacebookTwitterGoogle+ReddItWhatsAppPinterestEmail