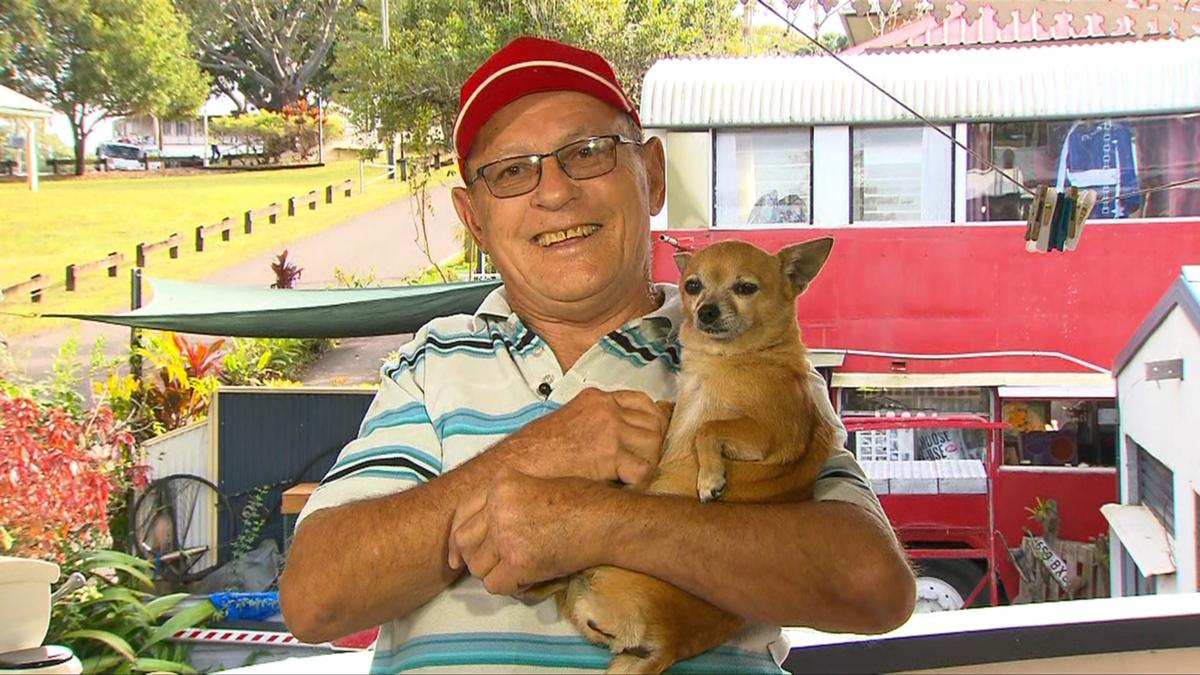 Sunshine Coast man Raymond Matthews has won an anti-discrimination claim against his local pub after it refused to allow him entry with his assistance chihuahua, Coo-ee.

Matthews had been a regular at the The Woombye Pub, which is just down the road from his home.

WATCH IN THE VIDEO ABOVE: Man wins discrimination suit after assistance dog refused entry to pub

“Habitually I’d go up there for a chicken parmi and a beer, maybe once or twice a week,” he told 7NEWS.

When new management took over the pub in 2017, they put a stop to Coo-ee going inside.

“(The) dog almost got run over one night, having had to stay outside,” Matthews told Sunrise.

“I went back inside and got directed out and barred for a month and made out to be the bad guy – that I’d intimidated people.”

“I just wanted someone to let me back in the pub again,” he said.

A tribunal found the venue broke anti-discrimination laws and awarded Matthews $8000 in compensation.

“They didn’t realise there were other witnesses there that testified,” Matthews said.

Matthews said he tried to explain the significance of Coo-ee to the new pub owners, but they wouldn’t listen.

“The more I tried to convince them, the more I sounded like a broken record,” he said.

“I’d been to the doctor to get the dog signed off as an assistant.

“What she does is she introduces me to myriad people – the amount of hurdles I’ve got over because of the dog, just breaking the barriers down that normally exist with bureaucracy.

“I take the dog with me and it just brings people down to a level playing field and you can speak with them, you can get along with them, you’ve got a common denominator and the dog, I feel, is the one that does it.”

Matthews said the pub had also apologised to him over the matter.

Denial of responsibility! Verve Times is an automatic aggregator of the all world’s media. In each content, the hyperlink to the primary source is specified. All trademarks belong to their rightful owners, all materials to their authors. If you are the owner of the content and do not want us to publish your materials, please contact us by email – [email protected]. The content will be deleted within 24 hours.
AnimalsLifestyleNewsOn The ShowpetsQueensland NewsSunriseSunshine Coast
0
Share FacebookTwitterGoogle+ReddItWhatsAppPinterestEmail

Teen Arrested For Shooting 2 Students Outside School In Washington: Cops